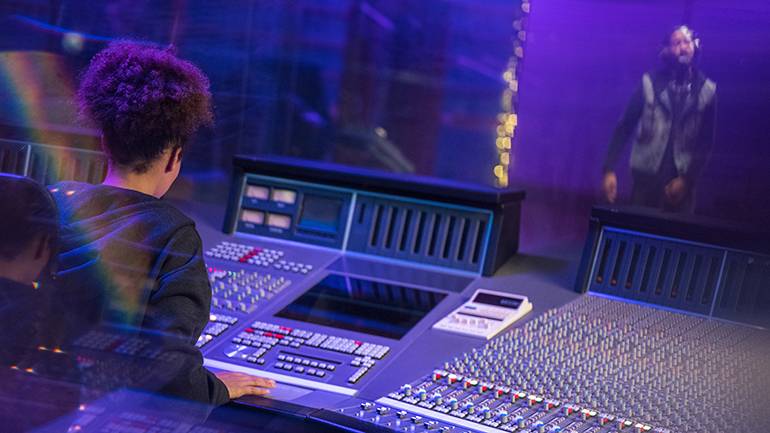 “How good do demos need to be?” is one of the questions I am asked most often in my workshops. To effectively answer this question, you need to identify the purpose of your demo recording. For example, is it intended to be pitched in the hopes of finding a home with a recording artist? Will it be used to seek representation by a music publisher? Will the recording be used to present you as a recording artist to record labels, managers and producers? Do you intend to use it to promote yourself for live gigs? Will it also be pitched for sync licensing opportunities? Do you have an established relationship with the industry pro to whom you will play the recording? Let’s look at what constitutes the “perfect demo” for each of these scenarios.

Song demos are intended to showcase the song, as opposed to the singer or band. These are the recordings you would play to pitch a song to a music publisher or other industry pro in the hopes of having an artist (other than yourself) record it.

If you hope to have a publisher represent your songs to record label executives, music producers, and recording artists, record demos the publisher can confidently present with no apologies or disclaimers. The ideal song demo is one that clearly conveys your song’s hit potential. But different styles require varying types of production to accomplish this.

For a tender, slow song you might only need a guitar or a keyboard and vocal to fully convey the way you imagine the finished recording sounding. My demo for “Why Don’t You Kiss Her” (written by Jason Blume and Andrew Fromm, recorded by Jesse McCartney) consisted of two acoustic guitars (played by Larry Beaird) and one lead vocal track (performed by Dave Brooks). If I had imagined drums or other instruments on the final recording, I would have included them. When Andrew Gold produced the track, he stayed extremely close to the demo, recreating the guitar licks almost note for note, but adding the beautiful cello part.

Uptempo songs, and songs in styles such as EDM, R&B, or R&B/Pop, in which the backing tracks contribute a huge amount to the songs’ success, will likely need to be fully produced recordings with keyboards, guitars, bass, and drums, as well as background vocals and harmony parts. In these instances, the demos you play should not require a listener to imagine how your song might sound if it had a funky groove, if it included catchy keyboard licks, if it had an irresistible bass line, or any other “ifs.” If you imagine any element as being a critical part of your song’s success include it in your demo.

Whether your demo is bare-bones or fully produced, the vocals and instruments need to be in tune and up to the professional standard. Your recordings not only showcase your ability as a songwriter, but they also speak volumes about your professionalism. They as well allow you to share that you have additional skills, such as expertise as a producer, ability to play or program various instruments, and that you are a strong vocalist, if these are applicable.

If you have a well-established relationship with a publisher, you should be able to benefit from his or her feedback before investing time and money in a demo. In many genres, a keyboard or guitar and a vocal should be sufficient to see if the publisher is interested in representing the song. Unless you are established as a superstar writer, don’t pitch rough versions to A & R executives, recording artists, or artists’ managers.

Remember that demos are not only the vehicle to present your songs to industry pros, but they also have another equally important job—they express your vision for your songs. In most cases demo recordings are our only opportunity to give our input about the instrumentation and production. In thirty-five years of having my songs recorded by artists other than myself, I have yet to be consulted by a record producer or artist seeking suggestions about the instrumentation or arrangement. I make my “suggestions” by recording the musical and vocal arrangements as I imagine them. My demo essentially says, “This is the guitar lick I hear in the verses”; “This is where I hear the background vocals coming in”; “This is the bass line and drum pattern I envision for the final recording,” and more.

With only a handful of exceptions, the finished recordings of my songs have sounded almost indistinguishable from the demos I submitted, except for the vocalist and the improved sonic quality. For example, when I’ve introduced a cello in my demo’s second verse, a similar cello line has almost always been included in the same spot on the master recording. Similarly, background vocals, guitar licks, and other critical elements included on my demos have almost always been reflected in hit artists’ versions.

An artist demo is intended to demonstrate a singer or band’s potential as a recording artist. It is tasked with convincing managers, producers, and record label executives that you are worthy of a significant investment of their time and money. An artist demo should sound as close as possible to the way you envision your final product. To accomplish this, it needs to include those elements that contribute to defining you artistically, such as the instrumentation and vocal arrangements you hope to feature on your master recordings. Artists’ demos tend to be more fully produced than song demos, with more attention paid to the sounds and effects. It is critical that the vocals be as strong as possible, so for many artists’ demos, vocals are comped, compiling the best parts of multiple takes. Depending on the genre, they are also likely to be tuned with the aid of computer software.

The Perfect Demo to Secure Gigs

If you are seeking live performance opportunities, a club owner or booking agent will likely be more interested in how you sound and interact in front of an audience than in how your recordings sound with the benefit of studio effects, such as comping and tuning. An audio or video recording of a live performance or a compilation of various live performances is a good way to go when the recording is intended to secure gigs. This is likely the only scenario for which you would submit a live recording.

The Perfect Demo for Sync Licensing

Many of the songs heard in the background on TV shows and in movies were recorded to function as songwriters’ and artists’ demos. To be suitable for television and film, the instrumental and vocal performances on these recordings, as well as the overall sonic quality, needs to be on par with recordings heard on the radio. This is sometimes referred to as broadcast quality because in most instances recordings placed in TV shows and films are not re-recorded; the recordings we submit are used “as is.” Additionally, we need to have the right to use the performances embodied in the recordings for sync placement.

The cost to produce excellent demo recordings runs the gamut from zero to thousands of dollars. Those who have a home recording studio and the ability to play or program the instruments and sing the vocals incur no costs, while those who hire top studios, engineers, musicians and vocalists might spend a thousand dollars or more.

A song that requires only a guitar or keyboard and a vocal can typically be recorded in a professional studio for as little as three hundred dollars. Full-band recordings and those that require extensive keyboard programming and background vocals tend to cost from $500 - $1,200. Note that these are ballpark figures, intended to provide a general range.

Some songwriters with home studios hire one or more musicians or vocalists to perform on their recordings. In some cases, these tracks can be recorded at the musician’s or vocalist’s home studio and sent digitally.

Back in the days when the cost of a McDonald’s Happy Meal was my food budget for an entire week, I sang the vocals and collaborated with writer/producers who produced our demos for free in their home studios. I also offered myself as a proverbial guinea pig to students who were learning how to become recording engineers.

Our demos represent us just as a portfolio of professional photos shows a fashion model in his or her best light. There is too much riding on our recordings to produce anything less than the perfect demo.

Jason Blume is the author of 6 Steps to Songwriting Success, This Business of Songwriting, and Inside Songwriting (Billboard Books). His songs are on Grammy-nominated albums and have sold more than 50,000,000 copies. He has been a guest lecturer at the Liverpool Institute for Performing Arts (co-founded by Sir Paul McCartney) and at the Berklee School of Music, and has been interviewed as a songwriting expert for CNN, NPR, the BBC, Rolling Stone, and the New York Times. For information about his workshops, webinars, additional articles, and more, visit www.jasonblume.com. To receive Jason’s newsletter and daily tips send your email address to JBSongdoc@gmail.com.