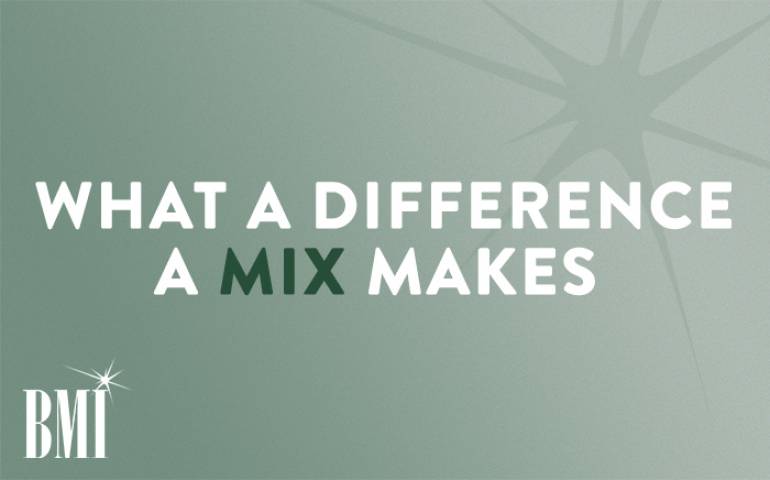 Theoretically a great song should speak for itself, no matter how it’s been recorded. But why rely on theory? Here, we once again review more methods of mixdown, such as knowing where and when to place tracks, how even the subtlest panning or tone trimming can allow otherwise “buried” parts to emerge, and more.

As we’ve often discussed, understanding how different instruments interact with one another is key to successful mixing. It’s a particularly salient point for those who like to pile on the tracks—that is, the more stuff you add to the aural easel, the greater the chance for getting into tonal trouble.

For starters, try to avoid grouping parts with “clashing” frequencies. For instance, placing an acoustic guitar in the same path as a piano could result in the keyboard being “buried”; by contrast, panning the parts hard L-R not only adds focus, but also opens more space for your other tracks. You don’t have to stop there—on your next mix effort, try flopping the L-R instruments (i.e., moving your hard-right guitar left, piano right) to see if it changes the overall contrast. For that matter, you could make a “comped” master that incorporates both—say, one set of positions for the first chorus, the opposite for the second chorus (just to see if anyone notices).

Another method for achieving top-flight mixes: using your pan controls creatively, while also arranging the tracks in a way that affords maximum clarity. Is there a formula to help you determine what goes where? Not really, other than just planting yourself in the sweet spot and judiciously shifting the parts around at will. Rather than looking at your pan settings, try using your ears to determine which combination of sounds seems “right” as you gradually alter the positions. Depending on the number/type of instruments you’re working with, sometimes even a modest adjustment can radically alter the sound.

Nor should one always assume “default” pan plots. While some might consider it an anachronism to have anything but stereo drums, sometimes putting the kit right down the middle provides ultimate thump, especially if you’ve got loads of instrumentation elsewhere. If mono drums are too old-school for you, try to keep the spread to a minimum (to ensure the track has sufficient bottom).

To most folks a “hook” means a catchy chorus, but there are other ways to grab the listener’s attention as well. For instance, a brief snatch of guitar or keyboard melody in between vocals or as a verse-chorus segue can itself be hook-like, especially if the lick reoccurs—to that end, simply copy the first passage, then paste it in the same spot elsewhere in the song. You can use this approach for just about anything—a few seconds of tambourine, a random vocal harmony, and so on.

Of course, there are countless other methods for ensuring your finished work is as good as it can be before it goes out the door or up online. The point being, if you’ve got something really hot in multitrack, spending a little extra energy during the mix phase will only make the end product that much better.