Posted in MusicWorld on February 9, 2010 by Drew Kennedy 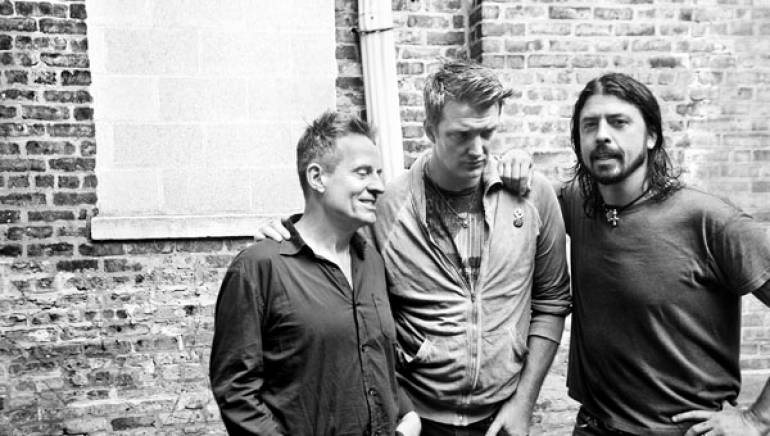 Music fans have always guarded their album collections, and more importantly, their approval, closely. But with a lineup that reads more as a “who’s who” among veteran rock gods than it does a standard album credit listing, if any fans gave a solemn nod of approval without even hearing a note of the eponymous debut from Them Crooked Vultures, perhaps they are entitled to a pass.

After all, with John Paul Jones, Dave Grohl, and Josh Homme on the bill, how much credibility is really at stake if one gives them a preemptive passing grade? Rest assured, ye faithful protectors of all that is cool, your reputations shall remain wholly intact. This surprising lineup of stalwarts (John Paul Jones!) has delivered a modern record that smartly allows gritty musicality to remain unpolished by time.

Them Crooked Vultures, whose members have separately showcased an uncanny knack for being unapologetically rowdy while simultaneously remaining sophisticatedly sharp, mesh as if they have been playing together for decades. Lovers of Zeppelin, Foo Fighters, and Queens of the Stone Age will all find something comfortably familiar within the album’s 13 tracks, and while these references are a good starting point, the band proves to be so much more than a mash-up of three distinct styles.

Ever the proud standard bearers, the trio wears the stripes and insignias of a bygone era in which big, brazen rock edginess was the calling card of the day on their sleeves. And yet, the band still brings something fresh to the table, pointing to the crux of their appeal: What’s most noteworthy about Them Crooked Vultures isn’t necessarily individual pedigrees or the nostalgia Jones, Grohl, and Homme evoke, but rather, how much fun they all seem to still be having.