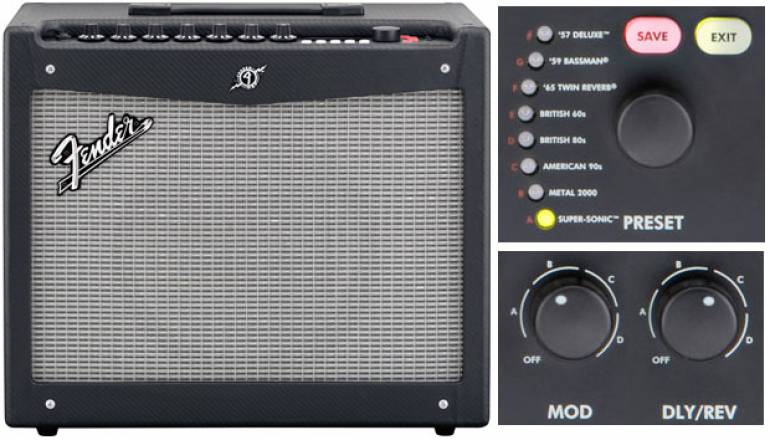 Each summer, we pack up our belongings and head up to our crusty old lakeside cabin in the woods of Maine for a few weeks of so-called vacation. On occasion, the traveling inventory has included a few electric guitars and some small amps required for the annual family reunion party — which, on account of the rustic surroundings, usually remain under lock & key until their services are required. A few years ago, however, my son convinced me that the storage shed adjacent to the camp would make a dynamite temp studio. Though it was full of sound-escaping holes (and also doubled as the outhouse), somehow the idea of doing some takes in the woods seemed like a nifty idea.

Unfortunately, the nearby neighbors from Ohio didn’t quite see things the same way, especially when it came time for some (relatively) low-volume guitar tracking. Take Two revealed a loud banging at the door, and after a protracted berating, I reluctantly agreed to remain unplugged for the duration of their vacation — even when the sound of The Eagles’ Greatest Hits came wafting over from their dock a few hours later.

Though Bugs Bunny probably would have sent over a flotilla of TNT, being of reasonably sound mind I decided against retribution — and the following summer, I figured out a way to do the lakeside rock without any interruptions from humorless Akronites.

For the occasion, a friend of mine loaned me his Fender Mustang modeling amplifier: a 100-watt (or so it says) combo unit armed with a single 12-inch speaker, and, thanks to modern technology, a whole raft of programmable amp tones, some sounding like Fenders, others like some of their famous-name competitors. Naturally, I initially balked at the idea of plugging into this shameless cloner of tones. While it’s true that nothing on the menu sounded quite as good as any of my old-fashioned tube amplifiers, I had to admit that the ability to run any number of sounds directly into a recorder, thereby keeping the neighbors at bay, was a very good thing, under the circumstances.

But what about when you’re in the privacy of your home studio? Like most everything in the simulation space, modeling amplifiers — which have the look and feel of a traditional amp but generate their sound through effects processors rather than analog amp circuitry — have their pros and cons. First, the plusses: as previously mentioned, privacy is a major benefit; for starters, these types of amps typically come equipped with a convenient headphone-connecting jack, allowing you to keep playing without incurring the wrath of loved ones (or vacationing enemies). Modeling amps are also quite handy for nighttime recording work; using a USB output, you can direct-patch to a computer or other digital-recording device for decent, low-latency sound reproduction. (My borrowed Mustang IV also came with a recording software disc that included Ableton Live Lite as well as AmpliTube LE.)

Then there’s the versatility factor. A low-watt tube amp might be just the thing for getting nice natural distortion, but if you suddenly need something a bit cleaner, you’re out of luck. By the same token, a rack-full of effects pedals might help you diversify your sound, but those little boxes can easily set you back a few hundred bucks or more. A modeling amp, on the other hand, gives you all kinds of options under one roof. Many include well over 100 different amp pre-sets, ranging from vintage tube-based sounds to thrash and more. Each amp grouping offers various shades of tone and color, and you can also tweak and save individual settings to suit your taste.

Because they’re devoid of reverb tanks, transformers and all the other clunky stuff found inside traditional amplifiers, modeling amps are extremely portable, with the largest combos typically weighing in at under 50 pounds — something to consider if you’re doing a lot of hauling to and from the studio. And while those big old vintage amps can easily set you back four figures, at $250-$500, today’s modelers are definitely priced to sell.

Despite all that variety, affordability and convenience, the major downside is that canned amps don’t really teach you anything about how to get actual amp sounds in the studio, i.e., what happens when you mate different kinds of guitars/pickups with different types of amps, some with master volume, some without, using different sized speakers, etc. Still, as a quick-and-easy alternative, a modeling amp does an undeniably fine job of providing you with an assortment of easily controllable sounds, allowing you to make music without making a big racket, day or night. Just be careful how you use it.