Posted in The Weekly on February 4, 2020 by Dave Simons 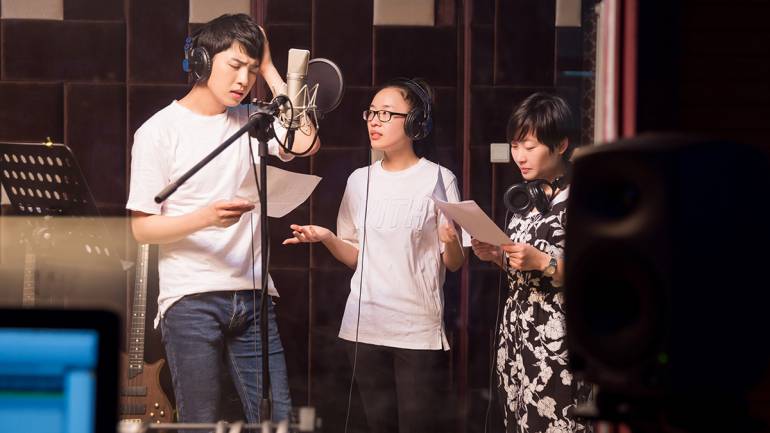 Like any good embellishment, background vocals help fill the gaps during a tracking session, adding punch to a chorus or providing a sonic contrast to the lead vocal throughout. It can be as simple as a few sustained ‘oohs’ here and there, or something more sophisticated like a call-and-response melody during the verses.

Here are a few brief but time-tested ideas for making the most of your backing bits:

Try using just one mic. While having a dedicated microphone per vocalist may offer more mixing control, engineers have often favored recording multiple singers live around a large-diaphragm condenser mic with the pickup pattern set to omni. When doing so, put at least a foot of air between the vocalists and the mic to allow the voices to “mingle” and also encourage room sound. If recording just two vocalists, try them on either side of the mic, using a figure-of-eight pattern (front & rear only); or you could have them sing into the same side of the microphone (set to cardioid mode). Or do both, using one as a double-tracked part—sometimes the very act of re-positioning the singers can provide subtle yet interesting results.

Avoid DIY back-ups. Even if you’re capable, overdubbing backgrounds yourself isn’t always as effective as recording others all at once. Unlike a real group of singers, “stacked” vocals can sometimes sound muddy and lifeless, and what’s more, it’s all you! Of course, not everyone has a stable of background singers at their beck and call, so when going it alone, try recording at a slightly altered speed, or apply EQ, echo or other processing to make the tracks sound different from the lead.

Adding effects. While most folks would rather save the processing for post-production, consider using a touch of live echo or delay while you’re tracking. Under the right circumstances, the singers may enjoy hearing and responding to the effect during the actual take. If you’re not into “printing” effects, however, you could simply send the wet return to the vocalists’ headphones via a monitor or auxiliary patch, while keeping the main recording signal clean.

Mixing backgrounds. When it comes to placement of backing vocals, there are no hard-and-fast rules; often the layout of the song will help you determine what goes where and when. Generally speaking, look for open spots in the stereo field (i.e., avoid placing vocals on top of a rhythm guitar, for instance). Stereo backgrounds are typically preferable and may be arranged adjacent to a centered lead vocal or, for a more dynamic approach, situated hard L-R. Or just let your ears be the judge—run the playback, then close your eyes while gradually moving the pan knobs until the track sounds like it’s sitting comfortably in the mix.