Posted in MusicWorld on April 5, 2017 by Dave Simons 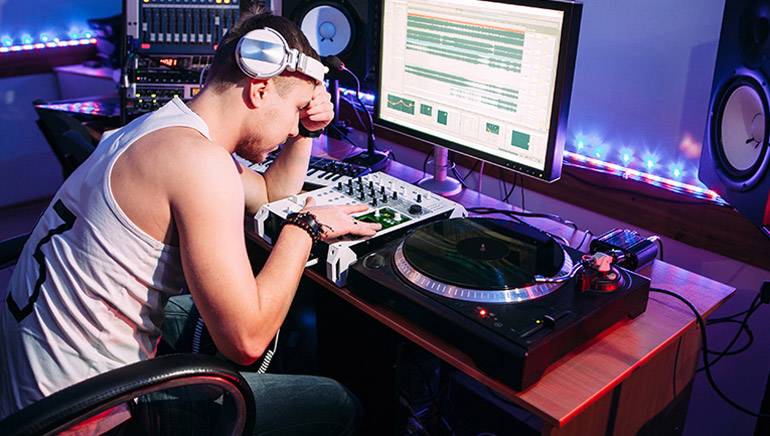 Over the years whenever one of my favorite iconic recordings would come on the radio, invariably I’d wonder, “Why can’t my stuff sound as good as this?” Aside from the obvious pro-studio advantages, those responsible for capturing these exquisite tracks not only knew what to do in the studio, they also knew what not to do—which, from my standpoint, is at least as important.

Hence, the following is a partial list of some of the most common errors that, if left unchecked, can potentially de-rail the recording process. Rather than attempting to “fix in the mix,” avoiding these production pitfalls will go a long way towards ensuring a satisfactory session every time out.

Too many takes = big mistake. You nailed the vocal on Take 1, but you insisted you could do it better…and there you are, 24 takes later, still trying. Been there? We all have—enough to know that chasing the perfect take is often an exercise in futility. Even if there’s a glitch or two, the spontaneity of those first few attempts is preferable to a fatigued, fussed-over performance (and besides, a punch-in or two will take care of those little miscues back on Take 1).

Less tracks, more music. Did you know that the majority of the Beatles’ catalogue was conceived using just four tracks? And that was high tech compared to recordings of the 1940s, which were cut directly to a rotating wax disc that had to be discarded if someone dared make a mistake. While having unlimited tracking capacity courtesy of ProTools and the like doesn’t necessarily make us lesser musicians, the temptation to use all that extra space can result in an inferior product if you’re not careful. So even though you could do umpteen takes of the same guitar part with the goal of editing together a single flawless master, why bother? Rather than filling up a production with layer upon layer of instrumental overlays, having a few passages with nothing but drums, bass and vocal can often be more ear-catching than a big wall of sonic clutter. Point being: there’s something to be said for the discipline that was once required when all you had was some basic machinery and a limited amount of time to get the job done.

Stay tuned. While there are those who believe that a great engineer can make even a mediocre set of tracks sound sensational, I look at it the other way—if the performances are top notch, even a middling engineer can get it right (I should know). Hence, a successful production begins with good-sounding, properly tuned instruments (and, of course, a competent set of players), so that all you have to do is put up a few mics, set the levels and go. Re-stringing guitars and basses prior to a session is always a good idea (since new strings will be brighter and cleaner-sounding). Ditto for percussion—having well-tuned, sufficiently tight heads is essential for getting a respectable drum sound. Be sure to check for any cracks on the bass drum near where the beater strikes, and consider replacing the head if need be.

Stop, what’s that sound? I once found this big old clock at the dump and, without thinking, stuck it in on the wall of the main recording room, not realizing it had an unusually loud ticking sound—which, with the help of a few sensitive mics, became quite obvious during the fade of an otherwise flawless tracking session (much to the displeasure of the artist). Dealing with an ambient noisemaker isn’t always as simple as bringing the culprit back to the dump from whence it came – a nearby furnace, a flushing toilet or adjacent foot traffic can easily find their way onto your recording, particularly when using compressors or other signal boosters. To keep these household sounds at bay, try using directional mics (including dynamics like a Shure SM57, for instance) pointed away from the offending sound source; or, if using a condenser mic, consider adding a noise gate to the signal chain (or better yet, turn off the heat and lock the bathroom until you’re done recording).

Compress less. A few weeks ago I heard a song on the radio that was recently recorded in my studio, and what should have been a joyful three minutes quickly turned embarrassing when I realized that my penchant for using thick compression when mixing—combined with the station’s own broadcast compression—had resulted in one big squashed mess. It’s a common mistake: when making a mix at home, we tend to want our songs to sound like they’re on the radio right there, and there’s nothing like a nice fat compressor/limiter to get you that on-air sheen. But if real radio is your ultimate goal, be sure to keep the compression (and other post-production enhancements) to a minimum when mixing.

Be prepared. Years ago I argued in favor of putting away all cables, microphones and other equipment at the end of each session in order to keep your space clutter-free and avoid potential accidents. But what if you suddenly get a creative urge the following evening? By the time you’re done setting everything up all over again, that kernel of an idea could be gone for good. As a result, I’ve since decided that it’s better to keep mics, cables, mix levels, etc., right where they are so you can be in a perpetual state of record-readiness. Not that you should completely throw caution to the wind—to prevent mics from taking a fatal plunge, use plastic clips to hold wiring in place on boom stands, as well as gaffer tape to secure all cables to the floor (Gorilla Tape works great for this purpose, by the way). While you’re at it, make sure everything is in proper working order—check all cables, mics and instruments for buzzes and other extraneous noises that can create unwanted interruptions in the middle of a session. If you have any equipment that is particularly sensitive to nearby electronic impulses, consider getting a power-conditioning unit (PCU), which will help prevent sudden flare-ups and other stray noises from invading your otherwise pristine tracks.