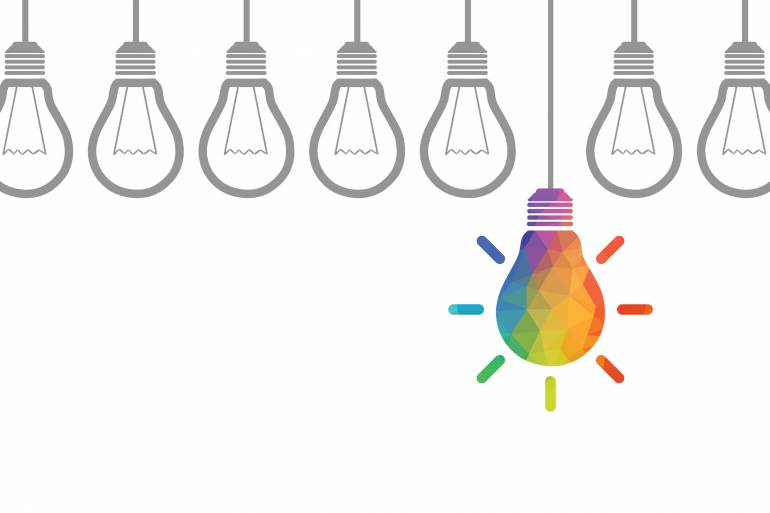 At least ninety percent of the songs I critique at my songwriting workshops are perfectly crafted. They fit into one of the typical song forms (i.e., Verse—Chorus—Verse—Chorus—Bridge—Chorus), they include rhymes in the expected places, lyrics that are well-written, and melodies that do what melodies are supposed to do. So, what’s the problem with that? The problem is that several of the publishers to whom I forward the strongest workshop songs have specifically instructed me, “Don’t send me songs that sound like what is already on the radio or songs that my staff-writers could have written.”

Songs that make an impact don’t follow the trends, they create the next trend. To stand out from the pack we need songs that push the creative envelope. We can accomplish this in a variety of ways. Some songs differentiate themselves with topics and lyrics that are out of the ordinary. Examples of these kinds of songs include “Follow Your Arrow” (Kacey Musgraves, Brandy Clark, Shane McAnally); “Same Love” (written by Ben Haggerty, Mary Lambert, Ryan Lewis; recorded by Macklemore and Ryan Lewis, featuring Mary Lambert); and “Stan” (recorded by Eminem featuring Dido and written by Eminem with Dido and Paul Herman).

Some songs distinguish themselves with fresh melodies and rhythms. I recall being in the audience of the David Letterman show when he introduced an unknown band that played their debut single. I instantly knew I was hearing something very special–something that sounded like nothing else on the radio, while still sounding like a hit. The band was Maroon 5 and the song, “Harder to Breathe” (written by Adam Levine, Jesse Carmichael, Ryan Dusick, Michael Madden, James Valentine), would become their first hit. Lead singer, Adam Levine, told USA Today, “We have a lot of pop songs on our record, and the idea was to start out with something different. Why come out of the gate with another pop song by another pop band?”

In many cases, “the next big thing” is a hybrid of various genres. When Colt Ford recorded “Dirt Road Anthem” (written by Colt Ford & Brantley Gilbert) in 2008 it became the first commercially successful song to meld country music with rap, paving the way for Jason Aldean’s 2010 version that went to #1 on the Billboard Hot Country Songs chart and became the best-selling digital recording in history by a male country solo artist in the U.S. with more than 4 million digital downloads sold. Hip-hop rhythms and rap are now regularly heard in country songs, but someone had to do it first. Similarly, Ed Sheeran’s “Shape of You” (written by Sheeran with John McDaid, Steve Mac, Tameka Cottle, Kandi Burruss, and Kevin Briggs) combined dancehall and reggaeton rhythms to create a worldwide smash that sounded like nothing else on pop radio at the time.

The need to create something fresh and new also applies to recording artists. Back in the day, when I was writing with Britney Spears, I can’t count how many times an excited mother attending one of my workshops proclaimed, “My little girl sounds exactly like Britney Spears.” I would smile and resist the urge to respond, “I’m sorry to hear that because we already have a Britney. I hope your daughter can develop her own sound.” When Britney burst onto the scene it was with a sound that sounded nothing like her predecessors.

Artists such as Taylor Swift, Kanye West, David Bowie, Dolly Parton, Miranda Lambert, and probably your own favorites, became superstars–instead of just singers–by creating sounds and personas that were instantly identifiable and uniquely their own. That is our job as songwriters and recording artists.

Musical styles constantly evolve and the “next big thing” is waiting to be unleashed. Someone will create it–and it could be you!

Jason Blume is the author of 6 Steps to Songwriting Success, This Business of Songwriting, and Inside Songwriting (Billboard Books). His songs are on Grammy-nominated albums and have sold more than 50,000,000 copies. He has been a guest lecturer at the Liverpool Institute for Performing Arts (co-founded by Sir Paul McCartney) and at the Berklee School of Music. For information about his workshops, additional articles, and more, visit www.jasonblume.com