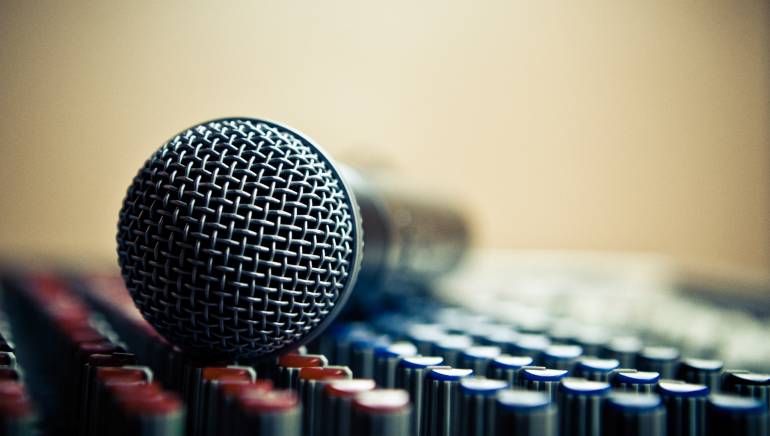 Back in the days of Tin Pan Alley, songwriters performed their songs live for prospective buyers. In today’s world, songwriters are responsible not only for creating songs, but for producing “demos”—recordings that demonstrate their songs’ potential. Similarly, aspiring recording artists need to produce demos that convey the full potential of their artistry.

Regardless of what a publisher, record label executive or recording artist might say, no one is a mind reader, and no one can imagine what you are envisioning unless it is included on the recording. A demo can make or break a song.

Formerly, in my capacity as Asst. to the Director of A&R at a major record label, and as Production Coordinator for top recording artists, I listened to thousands of demos by aspiring recording artists and pro writers. I’ve also listened to countless demos at my workshops, and here I’ve identified some of the most common pitfalls and their remedies.

Few things make me sadder than listening to expensive demo recordings of songs that clearly need additional work. Some writers rush into producing a demo the instant their songs are finished—without the benefit of living with the songs or obtaining feedback that might lead to strengthening their work.

Some songs need a little nip and tuck, while others may simply not be worthy of the time and expense of a demo. Not everything we write can be our “best.”

Remedy: Get your songs critiqued by skilled professionals before investing time and money in demos. There seems to be an axiom that the more time and money a writer spends on a demo the less likely he or she is to rewrite the song. So be sure your song is as strong as it can possibly be—and that it is demo-worthy prior to recording.

2) Not Hiring the Best Vocalists and Musicians

Many songwriters—especially those with home recording studios—play or program all the instruments and sing the vocals on their demos. In some cases, they might do so in the interest of saving money. In other instances, the writers feel they are capable enough musicians and singers.

While some writers are indeed able to create the radio-friendly licks that can help propel a song to success, and contribute the vocals that will give their song the best shot, it’s not the case for many others. Some of the strongest demos that come out of home studios are those that incorporate performances by musicians other than the writer.

For those who are writing songs with the intention of pitching them to other artists, a strong vocal is one of the most critical components of a demo. Singers who sang demos while pursuing careers as recording artists include Garth Brooks, Sheryl Crow, Trisha Yearwood, Gretchen Wilson, Kelly Clarkson, Alan Jackson, Faith Hill and P!nk. That’s where the proverbial bar is, and anything short of that level will do a disservice to your song.

If the purpose of your demo is to showcase yourself as a recording artist, of course, you will need to sing your own songs, and be sure to capture your very best performance. But if your plan is to pitch your song for other artists to record, even if you are an exceptional singer, it’s unlikely that you are the best singer for every song you write.

Remedy: Put your ego in your back pocket and hire the best musicians and vocalists you can afford—then don’t tell them every note and lick you want them to play. Studio musicians typically listen to a rough recording and read a chord chart, then create their own musical parts. Of course, you might suggest specific ideas that you’re envisioning, but ideally, your musicians and vocalists will contribute phrasing, harmonies and licks that can take your song to the next level.

Regardless of where you’re located, as long as you have a computer you have access to professional musicians and singers based in music centers. They can record and send you individual files, or by using Skype or similar technologies you can essentially be in the recording studio during the session.

If your hope is to have other artists record your song, pitch a version with a vocalist who is appropriate for your target, and whose performance can really sell your song. Vocals that are less than perfect can distract your listener. In genres such as Americana/roots/folk and blues, the “perfect” vocal might be the one that captures raw emotion. But in other genres, such as pop, country and R&B, listeners have grown accustomed to hearing perfectly tuned vocals. Regardless of who sings your demos—if it requires technology to get your vocal perfectly in tune and in the pocket—then take advantage of the tools available to you.

It’s critically important to communicate and delineate upfront whether a musician’s or vocalist’s contribution to your demo constitutes a collaboration—or is he or she being paid a flat fee, with no additional amounts to be paid, regardless of how the recording might be used.

Whether or not a musical contribution is deemed a collaboration is determined partly by the musical style. For example, it would be almost unheard of for professional musicians in Nashville to request a writers’ credit when recording a country music demo—regardless of the extent of the suggestions or changes they might make, or the musical hooks they might add. It is understood that this is part of what they are being hired to do.

However, when working in pop, hip-hop, R&B, dance, rock, and other genres—and when working with friends who are not pro session players, and in cities other than Nashville—musicians’ contributions may well be considered as collaborations. Drum beats, chord changes, guitar licks, synthesizer lines and bass riffs might all earn writers’ credits.

It’s equally important to be clear about whether you have the right to include the singer or player’s performance in a television show, movie or other media—and if so, whether they will be compensated.

Remedy: Prior to the session, clarify whether performances are to be defined as collaboration or as a “work for hire.” If it is agreed that a performance is a work for hire, have your musicians and vocalists sign a “Work for Hire Agreement” (aka “Musicians’/Vocalists’ Waiver”).

If there is a possibility of placing your demo recording in a TV show or film, you might offer your vocalist and primary musicians a percentage of any master use license fee earned for the placement of the recording. However, it is important to note that musicians and vocalists in Nashville who are members of their respective unions are not permitted to sign “Work for Hire” agreements when they perform on demos. Their compensation is determined by their union contracts.

Your best protection is clear communication and obtaining signed agreements prior to the recording session.

Many writers fall into the trap of convincing themselves that their songs are so special anyone would be able to recognize their brilliance—even without the trappings of a well-produced demo. Unfortunately, this is rarely the case.

The most common question I hear when I teach a demo workshop is, “How good does it have to be?” The answer is, “Good enough to allow a listener to easily imagine how the finished recording would sound.”

The majority of songwriters who successfully place songs with other artists produce demos that closely approximate how the finished master recording would sound. They are essentially providing a template or a blueprint for a recording artist and producer to follow. Little is left to the imagination. Different genres of music require varying amounts of production in order to accomplish this.

A folk, roots, or Americana artist might need nothing more than a simple acoustic guitar—or a piano and vocal—to showcase their song and performance. The same might be the case for a tender ballad in any style. But if you are writing pop, dance/electronic, R&B/hip-hop, rock or up-tempo country songs, it’s likely you’ll need a demo that includes percussion, bass, keyboards and the other instruments that are typically heard in your genre.

It’s not realistic to expect a listener to envision how your song might sound if it had a dance groove; if it were a different tempo; if it included catchy instrumental melodic hooks; if the singer were in tune—and appropriate for the song or anything else. Part of your job as songwriter is to provide the listener with everything he or she needs in order to experience your vision for your song.

Remedy: Be sure your recording fully conveys your song’s potential—or yours, if you are the artist. If you are imagining a catchy guitar lick, a memorable string line, a vocal harmony, a second verse that builds by incorporating additional instrumentation, or anything else—include it in your recording. If you include it on your demo, it’s likely to show up on the finished master. If not … the producer won’t read your mind.

Just as your song should include elements that make it stand out from the competition, your demo should also do so. If you fail to give your listeners a compelling reason to choose you and your song over the others in contention, they won’t. Your demo can make a huge difference toward tipping the scale, but it may tip in the wrong direction if your recordings fail to go beyond the predictable.

Remedy: Experiment with sounds and instrumentation that are fresh—while remaining consistent with the musical genre you are targeting. Emphasize to your musicians (and remind yourself) that you are seeking an original approach. Encourage them to try different sounds, instruments, and combinations of instruments and suggest that they include catchy instrumental hooks.

Start your recording with an intro that incorporates an instantly identifiable melody—a “signature lick.” This lick might also be woven throughout the song, as well as in the “turnaround” (typically four or eight musical bars between the first chorus and the second verse) and in the outro.

Push the creative envelope—because sometimes, the most dangerous thing we can do is to play it safe.

To the uninitiated, a professional-sounding recording can make almost any song sound good. But no amount of “gilding the lily” can make a mediocre song or artist sound exceptional to skilled professionals who are used to hearing well-produced demos. Be sure your songs are as strong as they can be—then showcase your music with demos that can make the difference between “yes” and “no.”

Jason Blume is the author of 6 Steps to Songwriting Success, This Business of Songwriting, and Inside Songwriting (all publishing by Billboard Books), and he has produced a series of instructional songwriting audio CDs. His songs are on albums that have sold more than 50 million copies, and he is among the few writers to ever have his songs on the pop, R&B, and country charts all at the same time. Jason’s songs have been recorded by diverse artists including Britney Spears, the Backstreet Boys, the Nashville Chamber Orchestra, and country music stars including the Oak Ridge Boys, John Berry (earning a BMI Million-Air Award for exceeding one million airplays), and Collin Raye (6 cuts). He most recently had two top 10 hits and a “Gold” record in Europe with Dutch star, BYentl, and his songs have been included in top television shows including “Scrubs,” “Friday Night Lights,” “The Guiding Light,” Disney’s “Kim Possible,” and “the Miss America Pageant.”

In addition to developing and teaching the BMI Nashville Songwriters Workshop, Blume has presented master classes at the Liverpool Institute for Performing Arts (founded by Sir Paul McCartney), and in Ireland, Scandinavia, Australia, Canada, Bermuda, Jamaica, and throughout the U.S., in addition to co-leading the Nashville Songwriters Association’s annual song camps. His latest book, This Business of Songwriting, Revised 2nd Edition has just been released and is available at www.jasonblume.com, with e-books available at Amazon.com.