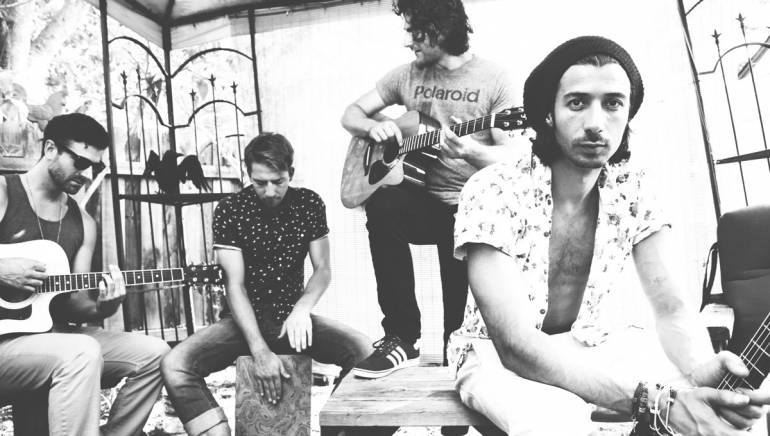 More than a decade ago, the voice of GRAMMY-winning songwriter and producer Nasri – born Nasri Tony Atweh – could be heard all over Canadian radio stations. Likewise, his videos were getting play on Canada’s most popular music video channel, Much Music. That’s because at 19, the Toronto native walked into his local radio station, with a demo in hand, eager to launch his career as an artist. And it worked – the brave move landed him a deal with Universal Canada and two successful singles as an R&B singer. But despite national success, Nasri says he was never comfortable with the direction he was heading in. Growing up, he was a big fan of acts like Boyz II Men, but he didn’t necessarily see himself marketed that way. So he amicably parted ways with the label, in search of his sound.

Though his priority had always been to launch himself as an artist, early on it became clear that his songwriting abilities were getting him the most attention. The spotlight would have to wait. When artists like Akon and Donnie Wahlberg listened to his songs they wanted them for their own albums, Nasri reveals. After some necessary persuasion to part with his prized songs – fueled by a necessity to make ends meet – Nasri ceded his creations and got his first major break with his first Top 40 hit, New Kids on the Block’s big 2008 reunion single “Summertime.”

“It started there, kind of on a level of survival,” Nasri explains. “I decided that I was going to develop my talent as a writer to kind of help fuel myself as an artist. So I kind of took a break as an artist and started writing for people, and it ended up turning into more than just survival.”

Nasri went on to form the songwriting and production team the Messengers with fellow Toronto native Adam Messinger, a career decision that brought them both to Los Angeles. Hard work and routine rejection in the competitive music industry, he says, was followed by what he calls “really good successes” – an understatement to say the least. Nasri and Adam signed with Sony ATV and have written and produced hits for artists like Justin Bieber (“As Long As You Love Me”), Pitbull (“Feel This Moment”) and Chris Brown (“Don’t Judge Me”), among many others. “Our last two years have been really the best,” admits Nasri of their success in songwriting.

Still, his desire to become an artist did not subside. “For me, it was always about being an artist,” Nasri confesses. In the midst of his successful spree with the Messengers, which allowed him to mature as an artist, Nasri met musician Mark Pelli and finally realized what sound he was most drawn to making. Going back to early influences like the Police, UB40 and Bob Marley that he was a fan of as a teenager, Nasri found with Pelli a feel-good, positive sound in reggae-pop and formed a four-man band: MAGIC!, which is made up of Nasri (lead vocals), Mark Pelli (guitar), Alex Tanas (drums) and Ben Spivak (bass). The quartet has just inked a deal with Sony Music International through Charles Chavez’ Latium Entertainment. The deal not only involves recording, but also touring and branding opportunities.

On their first single, “Rude,” (check out the lyric video on YouTube now), you’re instantly drawn to the inherently feel-good vibe in the music. But there’s also the compelling story of a young man wanting to marry the daughter of a distinguished, stern father who rejects their courtship. It’s a vivid account with playful lyrics that showcases Nasri’s songwriting abilities and his clean, captivating talents as a vocalist.

MAGIC! doesn’t sound like much in the current landscape of popular music, which seems to be dominated by variations of EDM. And that’s quite alright with Nasri. “Forever and ever you’ll always have something that’s popular,” says Nasri. “I don’t think it really matters what it is because for us we don’t fall under anything like that – we’re our own sound. So, if tomorrow country rules the pop airwaves, we’re still going to do our thing and have our fans anyway. Like a Coldplay or a U2, or many bands, once a band figures out a sound, they kind of just live on their own planet.”

The planet that Nasri and his MAGIC! band members envision, he explains, is a relaxing one, where their music will loosen people up and stop them from sweating all the small stuff. “We take our brand and our business seriously and our lives seriously, but we made this music because it relaxes us,” Nasri explains. As they get ready to release their album via Latium/Sony, the band has been touring with Matisyahu, developing their live shows and band dynamic, right down to their personal style. For Nasri it means showcasing an eclectic collection of socks - his “show socks” as he calls them.

But even while Nasri’s focus is on MAGIC!, his work with the Messengers continues. With new singles for Iggy Azalea, Lea Michele and the Wanted in the bag and plans to go back in the studio with Justin Bieber, work has not stopped for the sought-after writing and production duo. In fact, Adam is co-producing the MAGIC! debut album, which the band is recording now. “People are always asking what it’s like to balance it,” Nasri says. “I don’t have to balance it. I’m just going to do what’s on my plate that’s more important at the time and be honest with everybody that I work with. As long as I’m doing something positive that is enhancing my life, then that’s what I’ll do.”