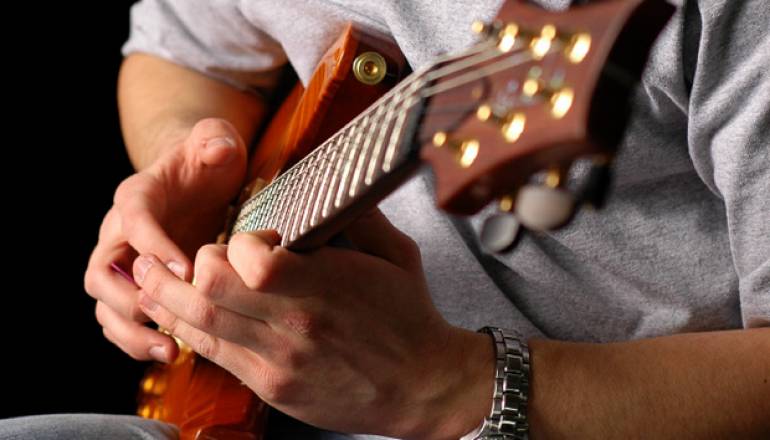 Looking back over 20 years to my first songwriting efforts, I remember my creative process as so personal and fragile that I was dead certain I would never open it up to another songwriter. This would have seemed like co-painting or more like co-dating — just not going to happen. However, two things did happen. One, I moved to Nashville, Tennessee, the co-writing capital of the world, and, two, I wrote a lot more songs, which stopped me from thinking of each of my song children as untouchable and precious. Ultimately, I simply wanted to create more and better songs, and co-writing became a big part of the process. Over the years, I’ve experienced (sometimes the hard way) a few of the big “dos” and “don’ts” of co-writing.

Dos
Discuss percentages in advance. After writing close to a thousand songs, my assumption is that all my “from-scratch” collaborations are even splits. This means 50/50 if there are two of us, 33/33/33 if there are three of us, etc. I consider it bad karma (and, frankly, exhausting) to count words or try and figure out who created what when the song is done and then try to adjust percentages. Just know that some days you’ll contribute more and some days your co-writer(s) will and that it all evens out in the end. If the song is brought to you mostly (or even partially) finished, then be clear on what the split will be in advance so there isn’t a misunderstanding later on. It’s simply better to deal with this stuff up front and then get on to the process of making music. Also, it’s considered bad form when discussing your collaborations later to state that you “really wrote most of it” or any variation thereof. The bottom line is that without your collaborator the song wouldn’t be the song that it is, no matter what was directly or indirectly contributed.

Decide in advance if you’re going to bring ideas or start “cold.” There are advantages to both approaches. If you’re new to the co-writing process or possibly a little nervous about how your upcoming session will go, preparing in advance with anything from a list of song titles to lyrical and/or musical hooks can go a long way towards a smooth-running session. However, as a more experienced writer, I go into sessions with younger artists without preparing ideas because I anticipate that our initial discussions and time spent getting to know each other will provide the material for our collaboration. All this is to say, there is no “right” way to do this.

Show up on time and ready to work. I know we’re all artists and we’re all supposed to be flaky, creative types but you’re now writing in the hopes of generating income from your music, so it’s also a business. Treat it that way. You wouldn’t show up late for work or cancel because you didn’t feel like going, so don’t do it with your co-writing sessions, either. Showing respect for the process and your collaborator goes a long way towards setting the tone for a productive co-write.

Make a plan on how you’ll both promote the song. The reality of the music business is that collaboration doesn’t end with the finished song. There will be subsequent discussions about demo costs, pitch opportunities and any one of a number of other details. What this really means is that in order to make yourself an “attractive” co-writer, you should remember to bring as much to the table as possible. This could mean bringing an industry connection or pitch opportunity or even having a recording studio where you and your co-writer can do the demo for free. It’s helpful to remember that the actual co-write is easy/fun part and it’s all the other parts of the process that ultimately make for a successful collaboration. Truly successful collaborations often extend beyond just writing the song.

Don’ts
Putting the business aside for a moment, the collaborative process, at its root, is about trust and chemistry. The following “don’ts” are suggestions about how to avoid damaging or compromising that trust.

Don’t criticize a co-writer’s suggestion. This is the ultimate vibe killer. There is vulnerability in trusting someone with your ideas and it only takes one “that sounds stupid” or “that’s a bad idea” to kill the goodwill that should be part of the process. This is not to say that you won’t hear (and suggest) dumb things in the process of a co-write. It happens all the time, but it’s enough for you to simply say you’d rather keep looking for another idea or try something else at that point in the song. There’s no percentage in saying someone’s idea is “bad” or “wrong.” First of all, this is art and it’s subjective, but more importantly (and I’ve seen this more times than I can count), you could crush an admittedly weak idea that was only going to be a stepping stone towards a truly great one. Be patient with your collaborator and yourself and you’ll be amazed at the results.

Don’t insist on one of your ideas if your co-writer doesn’t seem interested in it. You may be in the middle of a co-write and come up with a snippet of lyric or melody that you absolutely love but for some reason your co-writer just doesn’t get it. My suggestion is to make your best case for it and if your co-writer doesn’t like it, let it go. It’s that simple. There are too many ways to write a song to derail the process over a simple disagreement. The key to collaboration is making sure you’re both on board with an idea before moving forward. That being said, if you feel your collaborator consistently doesn’t like ideas that you feel are strong, there’s no rule that says you have to keep writing with this person.

Don’t edit too harshly early on in the session. There’s real value in keeping a co-write moving along. Squeezing too hard on a single line or section of the song too early in the process can take all the creative energy out of a session. Better to either keep in a “good enough” line with the understanding you’ll come back to it when you begin to review what you’ve written or take a break if the line just isn’t coming. There will always be time for editing but I’d suggest not going too deep on that front at the expense of getting the shape and form of the song together first.

Don’t push too hard to collaborate with a more established/successful songwriter. As songwriters, we all know who the hot writers are. We hear their songs on the radio, meet them at music conferences and, in some cases, came up with them from when they were “nobody.” The unwritten rule I’ve observed is that it’s better to be asked to co-write by a more established/successful writer than it is to ask them to co-write yourself. If your personality is such that you just can’t wait for that to happen, my recommendation is that you should ask once, politely and don’t take it personally if the writer isn’t interested or doesn’t have time. It’s abundantly clear what you, as the less experienced/successful writer, stand to gain from the collaboration but it’s up to the more successful writer to decide if your talent, motivation and, yes, connections warrant them taking the time to collaborate with you. It’s simply the law of the jungle. Hopefully, you’ll be in a position to write with a less experienced/successful writer yourself one day and you’ll treat that writer exactly as you’d hope to be treated yourself.

This is, of course, not an exhaustive list of co-writing rules but simply a few guidelines to help those new to the game to understand it a bit better. The best kinds of co-writes are the ones where both collaborators feel like they’ve written something better than either could have written alone.

Cliff Goldmacher is a songwriter, producer, session musician, engineer, author and owner of recording studios in Nashville, TN and Sonoma, CA. Cliff’s site, http://www.EducatedSongwriter.com, is full of resources for the aspiring songwriter, and his company, http://www.NashvilleStudioLive.com, provides songwriters outside of Nashville with virtual access to Nashville’s best session musicians and singers for their songwriting demos.

You can download a free sample of Cliff’s eBook, “The Songwriter’s Guide To Recording Professional Demos,” by going to http://www.EducatedSongwriter.com/ebook.