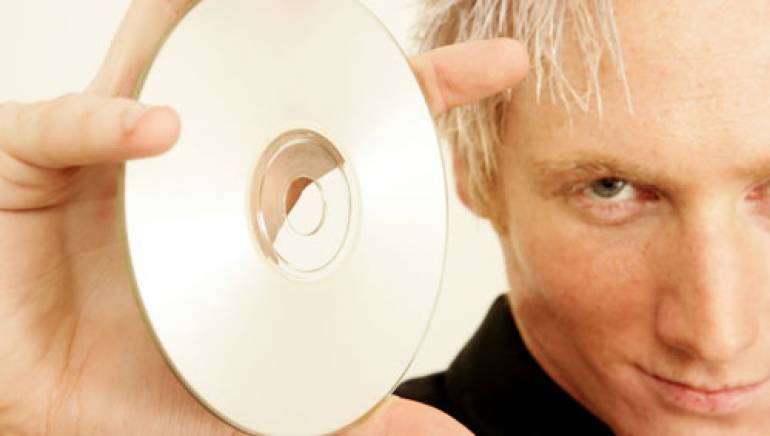 So you’ve written a great song, made a fabulous demo and now you’ll live happily ever after, right? Well, kind of. There’s no doubt that being a great songwriter and having beautifully recorded versions of your songs is an admirable goal in and of itself. However, if you’re interested in having your songs see the light of day, your work is really just beginning. While organizations like Tunecore do a beautiful job of helping you get your music out in the world, it’s still entirely up to you to make sure your songs get in the right music industry hands. Until the people who can actually do something with your song (i.e., record labels, producers, managers and publishers) have heard it, it might as well not exist. I know this sounds obvious but I think you’d be amazed at the number of songwriters out there who have great song demos that very few, if any, music business people have ever heard. Creating the music is one thing but getting your music out in the world requires an entirely different set of skills. The skills I’m going to focus on are networking, professionalism, persistence, persistence (yes, I know I wrote it twice), courtesy and patience.

Like any business, it’s not only what you know but also who you know that gets you ahead. What this means in the music world is getting yourself out there to open mics, writer’s nights and any industry events you can find. For those of you in music cities like New York, Nashville and Los Angeles, there is an almost endless stream of opportunities. For everyone else, you might have to look a little harder or travel from time to time to one of the cities I just mentioned. I think it’s a universal truth that this kind of stuff isn’t always that much fun but, especially when you’re starting out, it’s essential. Let’s put it this way: All things being equal, if you’ve met someone from a record label or publishing company in a social setting and assuming you’ve had a nice exchange, there’s a much greater likelihood that they’ll not only remember you when you call but will make more of an effort to help you out if they can. The point is that the more you’re out there, the more people you’ll meet and the greater the chance it will pay dividends down the road. I’d also recommend remembering a few basic social skills while you’re at it, like not immediately launching into your 10-minute, spoken-word bio. It’s a much better idea to find out a little something about the person you’re talking to by remembering to ask a few questions as well.

Did I mention we’re talking about the music business? This means it’s in your best interest to be professional about how you approach people in the industry. When reaching out to someone in the music industry, call or email first. Make this first contact short and to the point. In other words, let them know why you’re calling/emailing (e.g., to schedule a meeting, to see if they’re accepting CDs, to ask whether you can submit an mp3, etc.). This is not the time to have a long discussion. If you’ve been referred by someone they know (see “networking” above), mention this as well. Also, while it’s great to be excited and even confident about your material, it rarely pays to tell someone that you’ve got a “great” song or you’re an “amazing” songwriter. Let your music speak for itself. Once you’ve gotten approval to do so, then submit your song or bring it to the meeting. It really doesn’t make sense to send out CDs or mp3s without first getting approval, as they usually end up at the bottom of a pile or, even worse, the person who hasn’t asked for it considers it an intrusion. Don’t kill the messenger here; I’m simply saying that the odds are that if someone isn’t expecting your material, there’s a good chance it won’t get heard.

By the way, if you’ve never seen the office of an a&r rep or music publisher, I’m here to tell you that it’s wall-to-wall CDs. We’re talking hundreds and hundreds if not thousands of them. Make sure that your CD is clearly labeled with a few simple elements: your name and contact information (phone and email), the name of the song or songs and possibly — if it’s a song for an artist — the name of the person you’re pitching it to. Also, make certain that every part of the package is labeled. This means putting your information on the CD and on the CD sleeve or jewel case. Make sure that if the CD itself gets separated from the case, the information is the CD, too. Also, if you’re using a jewel case, make sure there’s information on the spine. Remember the part where I said there are thousands of CDs in these folks’ offices? When your CD ends up on a shelf with all the others, the spine of the CD will be the only way for them to identify it.

Finally, I can think of no good reason why any submission should be more than three songs. If you’re pitching a song to an artist, they’re not hoping for a “bonus track.” If you’re pitching to a publisher, three songs is a good way to show them you’ve got more than one good song without overdoing it. If they want more, believe me, they’ll ask. It all comes down to putting yourself in the position of the industry person. If they’ve got a desk full of CDs to listen to and have to choose between a CD with two songs on it or one with 19 songs, which one do you think they’ll pick?

Let’s say you’re fortunate enough to reach someone by either phone or email and they’ve agreed to let you mail in a CD or email them an mp3. Here’s what you should expect: Nothing. In other words, it’s extremely rare that you’ll hear anything back quickly after you submit it. As a matter of fact, you should put in your calendar to follow up two or three weeks after you’ve submitted something. This follow-up should be even shorter than your initial contact. Email is probably best for this. A simple email saying you wanted to make sure they’d received your submission is enough. Also, don’t be surprised if the response you get back (if you’re lucky enough to get one) says they haven’t gotten it and would you mind resending it. Resending material is something that you should expect to do. Following up every two to three weeks (unless you’re asked not to) is perfectly acceptable if you’re polite and to the point. I’m not a cynic and I don’t believe that anyone has an agenda to ignore submitted material. I’m a realist and the sheer number of submissions makes it almost impossible for anyone to stay on top of things. Anything you can do to help remind someone is in your best interest and generally appreciated.

I think it’s important to realize that no one in the industry owes you anything. This may sound harsh but it’s an important point. You may very well have great songs and it would be in the best interest of the industry professional you’re pursuing to listen to them, but there are a lot of great songs out there and only a limited number of opportunities for them. If your song isn’t listened to right away or even if it’s lost or ignored, don’t take it personally. I’m a songwriter myself so I know exactly how important your songs are to you. It’s not easy to submit them for judgment and tougher still to wait around hoping someone will actually listen. However, you’ll only do yourself a disservice by being rude or impatient with someone and heaven help you if you get a reputation in the industry for being difficult or unpleasant.

Given that there are so many artists, songwriters and songs out there vying for a limited number of spots, it all comes down to patience — patience with yourself as you improve your musical skills and patience with the industry people you’re soliciting as they make their way through all of the material in line ahead of you. My recommendation is to have as many irons in the fire as you possibly can at all times so that you’re not waiting for any one thing to happen or not to happen, as is so often the case. The more people you get to know, the more opportunities you explore and the more submissions you make, the less likely you are to get discouraged and the more likely you are to start having success.

Cliff Goldmacher’s eBook “The Songwriter’s Guide To Recording Professional Demos” is available as a free download from his website at http://www.cliffgoldmacher.com/ebook.