Posted in MusicWorld on February 23, 2017 by Jason Blume 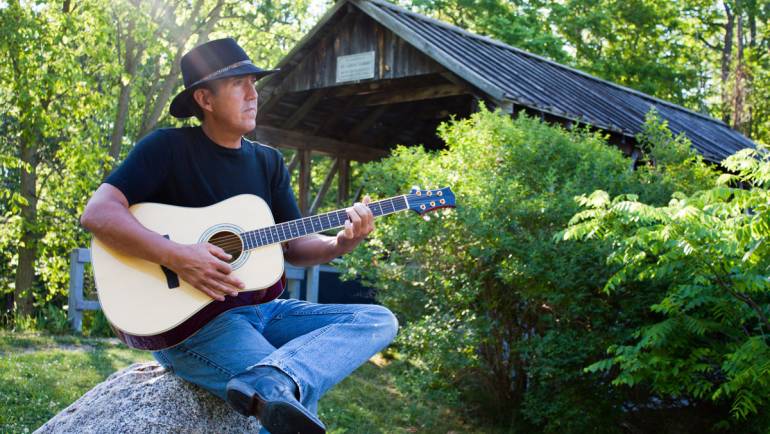 At a songwriting conference I attended, GRAMMY winning singer/songwriter Colbie Caillat shared some comments that her father, record producer and engineer Ken Caillat (Fleetwood Mac, Frank Sinatra, the Beach Boys) had made regarding bridges in songs. He had stated that bridges are crucial elements because they are typically the final new component introduced in a song. They are the last chance to convince a listener that they are hearing something exceptional—the last chance to take a song to the next level and seal the deal.

To begin our examination of this vital building block let’s look at the two types of popular song forms that contain bridges.

Song Structures That Include Bridges

Songs that do not include choruses are most often constructed with two verses (with each verse having the same melody, but different lyrics) followed by a bridge and a final verse (that has the same melody as the previous verses, but new lyrics). This form is typically expressed:

A common variation of this structure repeats the bridge and ends with a final verse.

Songs crafted without choruses usually include the title at either the beginning of every verse—or the end of every verse. However, there are no rules in songwriting, and there are many notable exceptions.

Quite a few of the Beatles’ classic songs used a V-V-B-V structure with the title appearing at the beginning of each verse in many of their hits, including “Michelle” and “Hey Jude.” Listen to an example of this song form in the Beatles’ “Oh, Darlin.”

When examining songs with V-V-B-V-B-V I am sometimes asked to explain, since the bridge is repeated, why it isn’t considered a chorus.

From the 1960s through the 1990s, V-V-B-V and V-V-B-V-B-V structures were quite popular and many songs that incorporated these song forms became standards. But the fact that this structure has fallen out of favor is evident in the fact that only a handful of recent and current hits use structures that do not include choruses.

The Function of Bridges

Similar to bridges constructed with concrete and steel, bridges made of melodies and lyrics are links intended to connect one element to another. Referred to outside the U.S. as “the middle 8” (although they are not in the middle of the song and might not contain 8 musical bars), bridges are often described as a “departure” or a “release.” They provide contrast, typically introducing new lyric and melodic elements.

The following tools can help differentiate your bridge lyrically from the rest of the song:

Musically, you can add an element of contrast by using one or more of these tools:

Bridges are most often 4 or 8 musical bars and 2 or 4 lines of lyrics. It is rare for a bridge to exceed 8 musical bars or to contain an odd number of bars.

Bridges can be instrumental, but more often, they contain lyrics.

A pre-chorus, sometimes referred to as “a lift” or “a climb,” is a section of a song included at the end of each verse, immediately preceding the chorus. Like bridges, most pre-choruses are 4 or 8 musical bars and include 2 or 4 lines of lyric. The pre-chorus’s function is to connect the verse to the chorus.

Sometimes, in songs with verse-chorus structures that include a pre-chorus, the pre-chorus is repeated between the second and third chorus, essentially serving the function of a bridge.

Whether or Not to Include a Bridge

The decision whether to include a bridge will likely be based on several factors:

A bridge is not just some lines and musical bars that are tacked on as an afterthought. An exceptional bridge can propel your song from “good” to “WOW.” Remember… your bridge is your final chance to make your listener love your song––so make it powerful.

Jason’s songs have been included in films and TV shows including “Scrubs,” “Friday Night Lights,” “Assassination Games,” “Black or White,” Disney’s “Kim Possible” “Dangerous Minds,” “Kickin’ It Old Skool,” “The Guiding Light,” “The Miss America Pageant,” and many more.  Jason is in his twentieth year of teaching the BMI Nashville Songwriters workshops. A regular contributor to BMI’s Music World magazine, he presented a master class at the Liverpool Institute for Performing Arts (founded by Sir Paul McCartney), served as a consultant on the state of the music business for CNN International, and teaches songwriting throughout the U.S., Australia, New Zealand, Norway, Ireland, the U.K., Canada, Bermuda, and Jamaica.