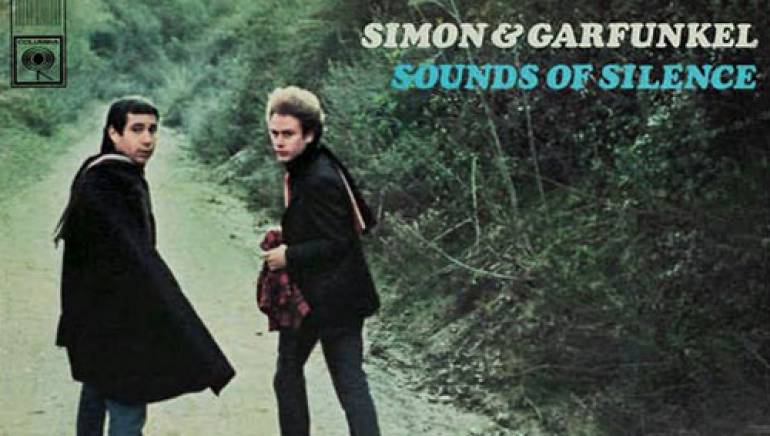 In late 1963, Paul Simon, an ambitious young Marks Music song plugger, convinced producer Tom Wilson that his backlog of original urban folk songs was worthy of a Columbia recording contract. But by the time Simon and his partner, childhood pal Art Garfunkel, convened inside Columbia’s 799 7th Avenue studios the following March, the world was a far different place. One month earlier, the Beatles had landed, irrevocably changing the musical landscape. Though expertly crafted and brimming with the meticulous vocal harmony that would later become their hallmark, Simon and Garfunkel’s debut album, Wednesday Morning, 3 A.M., hit the streets with a resounding thud. A frustrated Simon packed his bags and headed for England, leaving Garfunkel to resume his studies at Columbia University. End of story.

Not quite. Fast-forward to the summer of 1965. “Folk rock” had taken the country by storm on the strength of bellwether hits like the Byrds’ “Mr. Tambourine Man” and Bob Dylan’s “Like a Rolling Stone.” Out of nowhere, record companies were raking in the dough with songs of social and political import — if it had a backbeat, it had a shot at the top.

In New York, Tom Wilson — who himself had supervised the sessions for “Like a Rolling Stone” — noticed that one of the Wednesday Morning, 3 A.M. tracks, entitled “The Sounds of Silence,” had been attracting listener attention at flagship stations along the East Coast. On a whim, Wilson decided to capitalize on the interest by fortifying the track with a rock combo. There was only one small problem: Though still contracted to Columbia, at that point Simon & Garfunkel were no longer a going concern.

By 1965, Al Gorgoni had tracked hundreds of sessions in studios all over the New York, helping to pump out hits for the Coasters, the 4 Seasons, the Shangri-Las and many others. “‘The Sounds of Silence’ just knocked me out the first time I heard it,” recalls Gorgoni. “At the time, I was working across the street at April Blackwood with [songwriter] Chip Taylor. After the session I told Chip about this tune I’d just worked, how amazing it sounded. I mean, the song was already great in its original form — it just needed that extra touch to put it over the top and turn it into a hit.”

Transforming “The Sounds of Silence” was no easy task. For starters, the tempo on the original 1964 backing track (which consisted of a pair of acoustic guitars and an upright bass) was uneven, making overdubbing difficult. Nor did Wilson wish to bury S&G’s compelling vocal sound under a hail of trebly guitars.

“We were all just trying really hard to get it together and stay with the recording, though I think I’m a little on top of it in spots,” says Gorgoni. “I remember listening to Paul’s acoustic guitar part through the headphones and basically just copping it. I had this Epiphone Casino, which had the right sound. People used to think it was a 12-string electric like the Byrds — it’s not, it was just me and Vinnie playing together and mixed onto the same track. And Vinnie added a few bluesy fills that you can hear in there as well. It took us a couple hours and it was done.”

In an obvious homage to the Byrds’ successful formula, Halee juiced the entire rhythm track with a touch of slap-back echo. “That’s a record-business concept: If it worked once, do it again,” says Gorgoni. “But it’s a really cool sound — Roy made it fit beautifully.”

Issued as a single in September, a revamped “The Sounds of Silence” languished for a full two months before finally breaking into the Hot 100 on November 25, then quickly began rising up the chart. Incredibly, Columbia still hadn’t alerted its author, who only discovered he had a hit on his hands after picking up a copy of Billboard in a London bookstore. Back in America, a re-formed Simon & Garfunkel quickly prepared a batch of songs written by Simon during his U.K. residency — this time with the help of a rock rhythm section. The duo responded to the pressure of instant and unexpected stardom by cutting what would become their next two singles — “Homeward Bound” and “I Am a Rock” — in a single afternoon.

Time hasn’t changed Al Gorgoni’s opinion of the technical patchwork that made “The Sounds of Silence” a #1 hit and Simon & Garfunkel a household name. “I hate it,” laughs Gorgoni. “I mean, I love the song, but those guitars — they’re just awful. I really can’t listen to it now. I took it out for this occasion just to hear it again but that was enough. Of course, all the things that are wrong with the recording didn’t stop it from becoming a huge success. So there you go.”