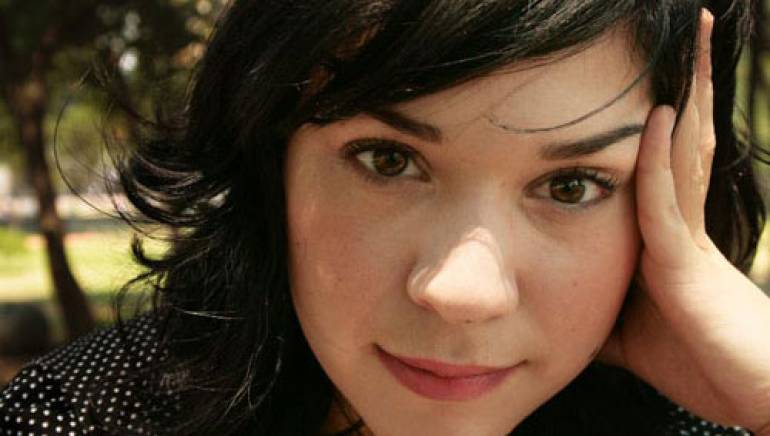 Carla Morrison is a little overwhelmed at all the attention she has been getting. The young singer with the gilded voice just returned from playing a show in Mexico City, where she thought maybe 100-200 people would attend. More than 750 showed up. She is exhilarated by the quick rise to stardom in her native Mexico and especially its capitol, but remains committed to her small community of friends and family in Tecate, Baja.

Morrison’s voice is truly something to talk about, and it has not escaped the attention of major media outlets in the U.S. Famed Santa Monica public radio station KCRW’s music blog named her an “Artist you should know about,” and NPR’s Alt.Latino blog gave her album Mientras Tu Dormías (While You Were Sleeping) the second spot on their Top 10 Latin Alternative Albums of 2010.

The young singer finds it funny that she has been getting so much attention both nationally and in the U.S., but when she walks down the street in her hometown nobody notices. She said about 60 people came to her recent show there. Maybe it has something to do with the fact that Morrison has been singing since she was 13 years old and nobody seems surprised that fame has found her.

Critics have compared her to Eartha Kitt and Etta James, but she counts Patsy Cline as one of her musical idols. While the beauty of Patsy Cline’s voice is down to earth, Morrison’s has an ethereal quality to it, more along the lines of a Feist or Mazzy Star.

Her lyrics are poignant, expressive and often playful when it comes to the intense emotions she sings about. “I try to be as honest as I can,” she says. She compares the writing process to getting a cold: “I get a few symptoms first, a feeling of something coming on and then, boom! It all comes out,” like a full-blown flu. One thing is for sure—if songwriting is like a cold, Morrison’s voice is the chicken soup that warms the soul.