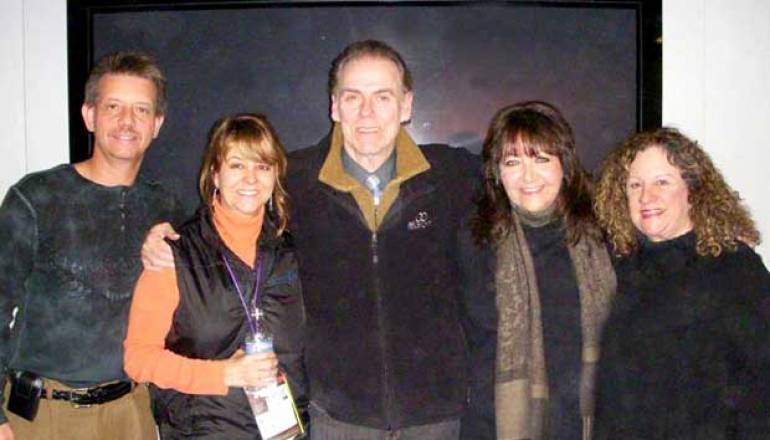 Peter Golub here. I’m at the Festival as Director of the Sundance Institute Film Music Program and also as composer of the film, Countdown to Zero. We had an amazing concert on Sunday night. It’s always a challenge, as the films aren’t announced until Thanksgiving and we always want to tie the programming for the Sunday night Celebration of Music and Film concert to the Festival. The bar has been set very high, as previous performers include Rickie Lee Jones, Mos Def with Michelle Gondry, Patti Smith, M Ward, and Billy Bob Thornton and the Boxmasters.

My friend and co-programmer Tracy McKnight (music supervisor and Vice President of Music at Lionsgate) start looking at the lineup of films as soon as they’re announced and begin making calls. This year, we were lucky to have Richard Marx for the first part of the evening and Lyle Lovett and John Hiatt together for the second part. What always grabs me about this evening is that one has the unique chance to hear major performing artists in a very intimate setting. These are people who one usually can only hear live in huge venues. Our venue is small and has more of the feeling of a large living room than a concert hall or arena.

When I look out and see the faces in our audience registering such pleasure, it is truly satisfying. I feel they are getting something unique that will stay with them. Richard, Lyle and John were so generous with the audience and told me they enjoyed it much as the audience seemed to.