Posted in MusicWorld on February 25, 2022 by Dave Simons 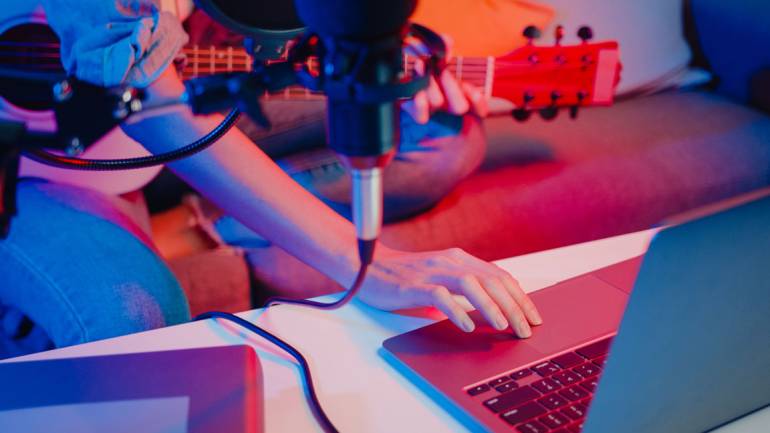 While good writers may vary in their approach to the craft, over the years one theme seems to stand out as universal—that the most enduring songs tend to come quickly and are often finished in a single sitting. For those of us who regularly fish the waters of creativity hoping to land the big one, that singular feeling of excitement when an arresting riff or chorus finally arrives is unmistakable.

But such moments can also be fleeting. While waiting for that “bolt from the blue” to strike, in the meantime we’re more likely to come up with snatches of solid ideas that nonetheless don’t seem compelling enough to justify an entire song. If you’re having trouble starting from scratch, sometimes building new songs out of old ideas that you’ve judiciously stored away—from resurrecting cast-off chord progressions to stitching an orphaned bridge or chorus into a current work-in-progress—can be the next best thing.

Save the good stuff

As many a retrospective box set has revealed, artists tend to keep certain songs in the can for a reason—the material was largely inferior to the artist’s best work, and they knew it at the time. But those unreleased tapes might also contain an embryonic idea or two that the artist later revisited and revised, to good effect. Accordingly, never toss out entire songs without fully inspecting them for usable parts—verses, riffs, fills, even harmony ideas can be cannibalized for future service.

To keep your cast-off song snippets from slipping into the ether, though, you’ll need a basic organizational system that allows you to easily access those ideas at will. For instance, you could create a master folder on your computer’s desktop, with separate subfolders for storing remaindered intros, choruses and more. If you regularly use your phone’s voice-recording app to capture spontaneous ideas at any moment, be sure to include those as well.

What can you do with these spare parts? For starters, almost anything that’s four bars or longer could qualify as a bridge, in some instances even when key, tempo or instrumentation are altogether different from the rest of the song. Or perhaps you’ve landed an interesting intro riff or chord sequence that was married to a ho-hum verse/chorus—in which case you could just lop off the front end with your editing tool and add the piece to your “riffs/intros” folder for possible inclusion in a new work.

While these strategies are mainly about preserving ideas rather than repurposing the actual recorded fragments, on occasion you could try slotting an edited piece into an existing work-in-progress, particularly if you like the vibe of the orphaned passage. Recording platforms like Avid Pro Tools, Ableton Live or similar software come in handy for such efforts, as they allow you to adjust pitch, speed and tempo, as well as equalize and compress the add-on, so that it sonically melds with the parent track.

Don’t think the mix and match approach has any merit? On their studio finale Abbey Road, the Beatles famously merged a hodgepodge of Lennon-McCartney fragments to form the majestic side-two medley. Long before that, composer George Gershwin, under pressure to complete a “jazz symphony” for a New York debut, borrowed liberally from his “tunes book” of rough ideas, and in a matter of weeks the revered “Rhapsody in Blue” was born. So, while many pros prefer to tackle unfinished tunes before they grow stale, having an archive of potential building materials at your disposal may ultimately serve you well.