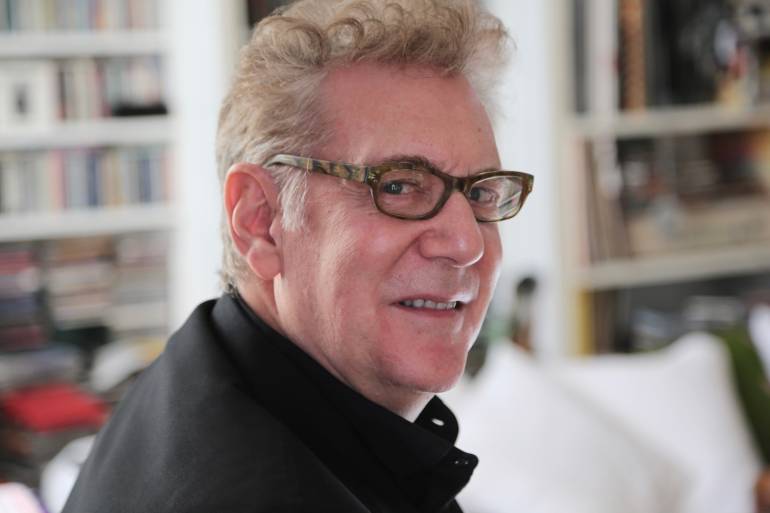 NYU Steinhardt, New School Songwriting faculty member and Berklee NYC consultant Billy Seidman has been consumed with the craft of writing lasting, impactful songs since he was in his early teens. Swept up and inspired, like countless others, from first hearing The Beatles, Seidman picked up a guitar and immersed himself in music. Encouraged to follow his passions, it became his life’s work to capture how songs work — what specifically makes them resonate with listeners? What ingredients and approaches lead to the most effective, emotionally satisfying results, that are also commercially successful?

In short order, Seidman was writing songs, playing as a session guitarist and then producing and arranging. His journey into the music industry found him attaining staff songwriter positions at prominent music publishing companies like Sony/ATV/Tree Publishing in Nashville and Carlin America Publishing in New York City. In addition to playing live with artists like Ashford & Simpson and David Sanborn, and writing songs for established artists like Irene Cara and Evelyn “Champagne” King, Seidman never stopped writing, never stopped networking and never stopped trying to grasp, digest and master the elusive intricacies of songwriting.

BMI Creative executives recognized Seidman’s expertise and encouraged him to start a simple songwriting workshop to help pass on some his considerable experience with burgeoning writers. This became the BMI Contemporary Pop Songwriters Workshop, which lasted for fourteen years, eventually spurring Seidman to found Song Arts Academy, his comprehensive training initiative that helped nurture notable songwriters like Bebe Rexha, Rachel Platten, Chris McClenney and many others.

More recently, Seidman undertook a new challenge, writing a comprehensive new book on his life’s work, The Elements of Song Craft: The Contemporary Songwriters Usage Guide to Writing Songs That Last. BMI recently caught up with Seidman to learn how it all came about. Here’s what he had to say.

You’ve been conducting songwriting workshops for years now; what prompted your new book?

A writer in one of my workshops thought there was a book in my material and introduced me to her agent. That started the wheels turning. Also, because I learned so much about songwriting living in Nashville, I thought I could take my journey of learning to write better songs and articulate and unmask that Nashville knowledge for lots of developing writers. In the end, the opportunity to write a book that hopefully adds to the vocabulary of songwriting literature became the challenge. There are a lot of books on the subject I admire, so wading into those waters was something I thought a lot about.

How did you get your start as a songwriter?

Like many, hearing The Beatles and other awesome bands of the day fired my imagination. I got a guitar, started learning, put bands together and started writing songs. I think it’s important to say — and it’s more true today than ever – that you accelerate your start because someone believes in you and takes action on your behalf. They believe in your talent or your potential and those simple acts of belief fill a young or developing writer with confidence to grow and get better. I’m still grateful to all the people who believed in me at 14, 17, 20, and going forward.

What do you think is the biggest challenge facing contemporary songwriters looking to establish themselves today?

Aside from the pandemic causing a “live-gig-less” world, making it harder to organically build fans or draw industry attention at the moment, I’d say it’s songwriters either finding an audience for their music, or songwriters not really knowing who their audience is.

One way for songwriters to find an audience is by associating themselves with a name artist that already has their audience, the other is diligently and painstakingly building their own. Remember, it takes time to truly establish yourself, so asking the question, “Do I have the talent, will, and stamina to hang in there until I break through” is important. Lots of songwriter/artists take 6, 8 or 10 years to earn enough money at music to call it a living. It really helps to be able to answer the question of who your audience is, as if you had 15 seconds to deliver an elevator pitch for a screenplay. So songwriters, who is your audience?

What do you mean by “songs that last”? Any tips for timeless lyrics and melodies?

We all need reassurance, hope, party songs, songs that help us come to terms or accept loss, rejection, or grief for example. Good writers tie these emotions to a song category with strong signature lyrics and melodies that are both surprising and familiar. Getting this balance right gets us on the way to writing a song that could last. That, and a few other key factors components that are covered in the book.

In terms of lyrics, pictures and images are sticky. They live and breathe in people’s imagination much easier than statements typically do. Writers should look to write lots of image-driven lyrics. Audio speakers and headphones aren’t video screens. Smart songwriters know this and write visually so audiences “See” what’s at stake for the singer singing the song. That’s how the audience learns what’s at stake for them and have incentive to organically keep listening. So I’d say, get good at marrying pictures to statements; write a picture (line) followed by a statement (line). The statement clarifies why you used the picture. Audiences understand this, doing so builds tremendous momentum and stickiness for your lyrics.

In terms of melodies, write your melodies tied to the song form. Meaning, as you move from the verse - to the pre - to the chorus, write your melodies so they keep rising a bit higher on the scale, (Register) through each section. Also, add melodic contrast to your melodies by writing short, punchy, (Staccato) rhythm driven melodies for your verse, and contrast that in your chorus by writing longer held/sung out, (Legato) notes. Your chorus melody should be higher on the scale, (Register) than either your verse or pre. Finally, if you want more passion or urgency in your chorus, add quarter note triplets to your melody in the chorus.

How has the structure of a hit song changed over the years?

When I analyze current songs it’s clear that what matters most is the hook count. How many well-defined hooks live in the song, 5 or 6 seems to be the requirement.

To deliver that, the structure/song form often looks like this:

Song real estate is expensive. Attention spans are perhaps short. This is the hit-song form of today. How has it changed? Well you could make a strong case that bridges over the years have been replaced by sing-song refrains. That or simply call it another new hook. What was called a verse in 1950’s has nothing in common to what we call a verse today.

What are some of the networking tips that have helped you meet people in the industry?

I think having a realistic plan and managing expectations helps in regards to meeting and networking with industry executives or songwriters with hits or track records. Remember you have the opportunity to overplay your hand or start long term relationships each time out.

For example, if you’re a writer and you’re meeting with a publisher, label executive, attorney, manager, or other experienced executive, have three of your best songs ready to play. Sure #1 you might want that person to introduce you to publisher and support your candidacy for a pub deal, but plan #2, see if they’re open to set up a co-write, or plan #3, look to build enough of a budding relationship in a short meeting that they like you better, learn that you’re talented, and are open to setting up a meeting in 6 months for you to come back and play three new, better songs.

Pay attention to the vibe in the room. We can take everything so personally, so it’s smart to take a step back and realize the person across from you is probably doing two or three jobs, may be a tad overworked and over-scheduled. In Nashville, what worked for me was developing good ideas and titles for songs then cultivating friendly, laid-back relationships with very successful writers. Some were open to my ideas, invited me to pitch them, which lead to co-writes, and a pub deal after a year and a half in town, others weren’t so open but nevertheless, we became friends or friendly acquaintances.

With the ways songs are created today, how much technical knowledge should a songwriter have?

I’d say almost all competitive songwriters needs to possess a good deal of technical knowledge and the ability to use technology effectively. That may be less a factor if you possess an awesome voice as a singer and you’re sought after for your sound, vibe, and top lining ability. Of course, songs today are created by each co-writer wearing a lot of hats, playing multiple roles; lyricist, melody/top-liner, musician, programmer, beat-maker, mixer, engineer, so being good at a lot of jobs gets you invited back to writing rooms.

What’s your secret for inspiring budding songwriters? What’s the best advice you can give them?

I’d say build a routine to stay in the songwriting process every day. Build that routine so over time you become a buff, songwriting athlete.

Budding songwriters typically don’t have the physical stamina to sit and work on a song for 3, 4, or 5 hours at a time. That’s how long it can sometimes take to write/craft a lyric or melody that’s a competitive marketplace song, a song that can compete with songs top artists are recording. You have to build that perception muscle just like athletes build muscles and muscle memory. There’s no substitute for exercising it, so build and stay in your songwriting process everyday.

What do you consider the single most important “ingredient” to a resonant song?

It’s the idea really, the idea of the song that lives married to the song title and a melody you can’t shake loose from. I guess that’s two! Of course, these are mere words to describe something transcendent.

Seriously, to me, the single most important nascent ingredient is the writers “Need” to express an emotion. If they’re good or great writers, it means they’ve got mad craft skills and have written 100’s of songs with those tools. Doing that amount of work has naturally turned them into stealthy momentum hunting songwriting forces of nature. That’s who your songwriting heroes are.

Tell us about your history with BMI and the evolution of Song Arts Academy?

I joined BMI when I lived in Nashville. I met a wonderful BMI rep, David Preston, he got what I did and helped me make my way in Nashville. I’d come back to New York for holidays and made it a point to meet the NY Creative team, becoming good friends with Samantha Cox and Charlie Feldman. I guess they liked my songwriting or the way I talked about songs cause they asked if I’d do a Workshop and that experiment led to The BMI Contemporary Pop Songwriters Workshop, which ran 14 years. Song Arts Academy grew from that experience to open up Advanced Song Craft training to the entire NYC/Tri-State songwriting community.

I got a chance to see firsthand how much Sam, Charlie, and the BMI Creative team, Brandon, Tim, and Katie, work with and help songwriters get better. They were so diligent in choosing writers for the Workshops; a lot of awesomely talented people came through those doors. Also, they really like and respect talent in an organic way, they’re all big music fans at heart. They also understand how the business has changed and help songwriters adapt.