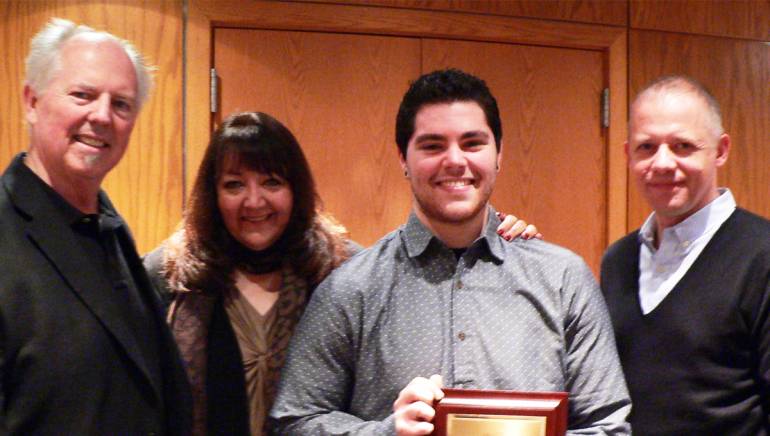 The BMI Film Scoring Scholarship is a yearly tuition scholarship awarded on the basis of compositional maturity and talent, as well as financial need. Each year, the scholarship is given in the name of a noted BMI composer. Shearmur, this year’s honored composer, taught a master class on film scoring as part of the ceremony.

Seth Kaplan currently attends Berklee College of Music, majoring in Film Scoring. He has completed several internships with notable composers, including an internship with Hans Zimmer and Remote Control Productions. Kaplan studied both piano and drums at a very early age and picked up the alto saxophone, flute and tuba in middle school, getting into jazz, rock and blues. During his high school years, he began writing and recording his own songs, which led him to film scoring. Kaplan is currently in his last year at Berklee and plans to pursue film scoring upon graduating.