Posted in MusicWorld on August 23, 2017 by Jason Blume 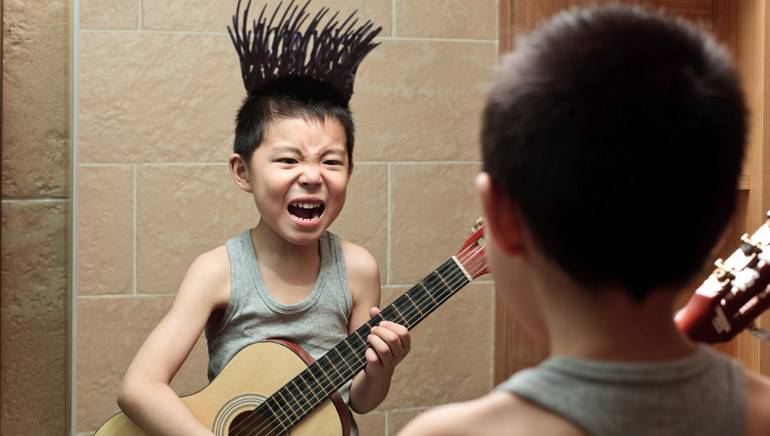 In the early years of my songwriting journey there was nothing anyone could have said to convince me that my songs were anything less than GRAMMY-worthy. I was certain that each new song I demoed would be the one that would change my life. That belief in my songs often kept me working past midnight typing cover letters and sending out copies to anyone I’d ever met who was even remotely connected to the music business. Believing that it was just a matter of time until my songs would top the charts kept me plugging away despite the countless disappointments and rejections. But the reality is that back then my songs were mediocre at best.

We have to deliver songs that give decision-makers compelling reasons to choose our work over the best songs being delivered by those who are at the top of their game. But how can we see through the filter of self-belief to assess whether our songs really are competitive? This checklist might help.

Have you created something new?

Songs are the vehicles that propel artists’ careers to the next level. To grow and remain vital and relevant, artists need songs that include fresh elements. Rehashing sounds and lyric approaches that have already proven successful won’t compel someone to choose your song.

I’m not saying we should reinvent the wheel; our songs still need to sound consistent with successful songs in the genres they are targeting. But unless we include aspects that push the creative envelope it is unlikely our songs will rise above the competition.

___ Does your song expand boundaries or does it revisit ground that has already been covered?

Is your concept an original angle?

Have you found a fresh way to express an emotion that has wide appeal? For example, we’ve all heard countless songs with sentiments such as “I would do anything for you,” “Tell me what more can I do to make you love me,” and “There’s nothing I wouldn’t do to win your love.” But until Bruno Mars took “Grenade” to the top of the charts we had never heard an unrequited love song in which someone told the one they love that they would take a grenade for them. That’s intense! The writers of that GRAMMY nominated song (Mars, Philip Lawrence, Ari Levine, Brody Brown, Claude Kelly, and Andrew Wyatt) found a new, attention-grabbing way to express an age-old idea.

Similarly, the lyric of “Skyscraper,” (recorded by Demi Lovato and written by Toby Gad, Kerli Koiv, and Lindy Robbins) used a novel analogy to convey the idea that you can’t break me. The powerful message that no matter what you do I will rise like a skyscraper resonated with listeners earning Lovato a Teen Choice Award and sales of more than 1.5 million downloads.

Building a lyric on a weak foundation might prevent your song from being as strong as it needs to be.

___ Is your lyric built on a fresh, original concept?

Do you have an intriguing title?

Does your song have a title that is unique—a title that would entice a music publisher, a record producer, or a recording artist to listen to your submission before considering others with more mundane titles? Strong titles include:

___ Does your song have an interesting, attention-grabbing title?

Have you included “WOW” lines of lyric?

Print a copy of your lyric and circle those lines that are undeniably original and exceptional. Ask yourself whether you have included lines that would make a recording artist or a hit songwriter wish he or she had written that line. Clichés and predictable lines won’t get you what you want.

___ Does your lyric include exceptional lines?

Is your melody unique—and instantly memorable?

Have you included melodic elements that make your song special? It would be hard to find a better example of a memorable melody than the worldwide smash “Despacito,” which has racked up more than 2 billion plays on YouTube and captured the #1 spot in more than 50 countries.

In addition to the infectious groove and the hook-laden backing track the quirky rhythm that is heard every time the title is sung (Des—pa—CI-to) instantly burns into the brain.

Whether one of your melodies is “hooky” and “catchy” can be tough to assess on your own. You’ve heard your melody over and over again and presumably, it is stuck in your head. Play your song for others and ask if they can sing back your chorus.

___ Is your melody easy for others to remember?

Have you included “ear candy”—melodic hooks?

Listen to “The Shape of You,” (recorded by Ed Sheehan and written by Sheeran, Steve Mac, Johnny McDaid, Kandi Burruss, Tamika Cottle, and Kevin Briggs) which reached #1 in thirty countries.

The musical phrase played throughout the entire song by the marimba-like instrument, and the background vocals singing “Oh—I—Oh—I—Oh—I—Oh—I—Oh” are powerful musical hooks that reel the audience in. They play a huge role in the song insinuating itself into listeners’ brains.

___ Does your song include “hooky” musical phrases and/or sounds that contribute to it being memorable?

Have you presented your song with a demo that shows its potential?

Listeners are not mind readers and the overwhelming majority of them are unable to imagine how your song might sound unless you convey that with a demo that showcases the essence of your song. In the current musical milieu backing tracks play a tremendous role in a song’s success. Your demo needs to push the creative envelope as much as your song does. Does your demo help expand boundaries by incorporating fresh rhythms, musical hooks, and fresh, identifiable sounds?

___ Is your demo up to professional standards—and does it show your song’s potential?

It is easy to fall in love with our own songs. Through our eyes our musical babies are the most beautiful, perfect creations in the world. But before expecting others to share our enthusiasm it’s a good idea to put our precious babies under the proverbial microscope. We have to give those in charge solid reasons to choose our songs over the stiff competition—or they won’t.

The good news is that if you’re falling short in any of the above categories your songs can be rewritten and hopefully, you have many more songs just waiting to be written. Then, check off all the points!

Jason Blume is the author of 6 Steps to Songwriting Success, This Business of Songwriting, and Inside Songwriting (Billboard Books). His songs are on three GRAMMY-nominated albums and have sold more than 50,000,000 copies. For information about his BMI Workshops, additional articles, and more visit www.jasonblume.com.