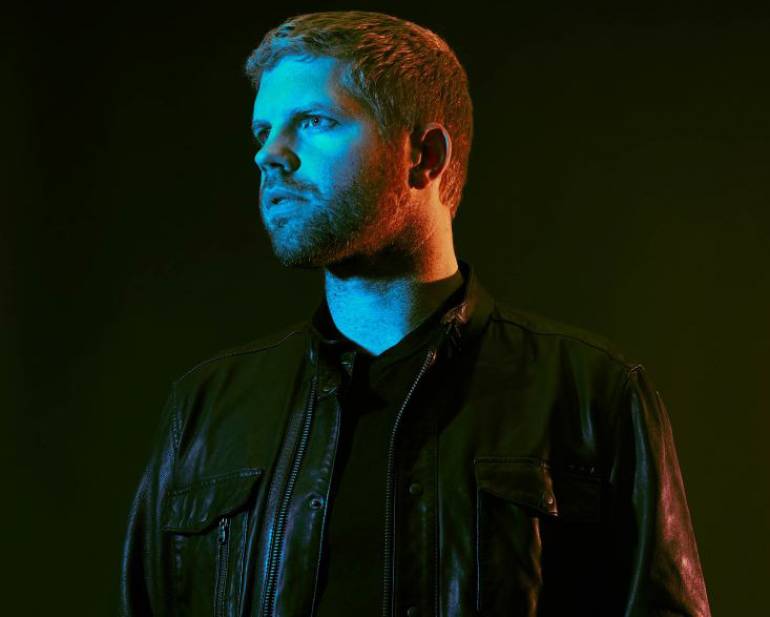 As a GRAMMY-nominated DJ, producer and songwriter who has toured around the world, Morgan Page has experienced quite a bit and learned a few tricks of the trade. During his momentous two-decade career, Page has written songs with a diverse list of notables including Tegan & Sara, Greg Laswell, and Andy Caldwell, and released official remixes for Deadmau5, Daft Punk, HIM, Ava Max, and Alessia Cara. Recently, BMI asked Page to shed some light on his cerebral approach to songwriting and production, and he put together 10 thought-provoking tips. Designed to make aspiring music creators think outside of the box, Page’s pointers should help break some bad habits and strengthen the creative process.

Bank your ideas daily, rather than facing an entirely blank canvas. Spend the time to gather a diverse, deep trove of assets, but don’t get stuck in the research phase. Gather your materials with paper, pen, and phone and start working immediately. Your most valuable tool is the curation of materials that reflect your taste, and the raw materials involved. Nothing is really new, just the common thread you weave to combine existing elements together.

The Secret Is The Sequence:
Every song develops differently. Try switching the order of composition to achieve different results. Try starting your song with a bassline rather than the usual beat, chord progression and melody. It’ll make you voice chords differently, simply because you changed the order. When writing lyrics, try words first instead of melodic placeholder mumbling, or simultaneously develop the backing music and melody together. Even just composing to a click rather than a kick, or waiting to add snares, claps, or syncopated percussion until later will change the outcome of your process.

Develop Systems, Avoid Routines:
Systems create efficiencies and routines create traps. You don’t fall into a system—you fall into a routine. Build a system that works for you, like a morning schedule that effectively structures your day, but allow variation in your schedule for fresh thinking. Change your environment, tool set, or schedule to change your thinking patterns. Use templates to provide basic structure, but don’t let them box you in. Good templates should work like graph paper - a suggested path but not a predetermined destiny.

Gut vs Logic:
Outpace left-brain logic with faster gut decisions by working early in the morning or late at night when the logic brain is weak. Occupy the left brain with repetitive kinetic motion activities like walking, running, driving, drawing, and showering to free the creative mind. It’s not clear why this works but many artists use this process to create their best work. Post Malone paces while singing voice memos into his iPhone. In Shangri-La sessions, Rick Rubin noticed that nearly all his artists doodled while writing lyrics, to help keep the process moving. Just make sure to have a way to record your ideas when they come, because they often arrive when you don’t have a pen and paper handy!

Maximum Emotion, Minimum Bandwidth:
Aim for maximum emotion with minimal bandwidth. What sounds will have the biggest emotional impact and take the least amount of energy away from the mix? Use distortion as texture to create presence and power through harmonics. What is the minimum effective dose needed to achieve the desired effect? Super low frequencies below 20 Hz take up valuable bandwidth and voltage without contributing to the song. Too many sounds layered together will simply mask the sound and fight for sonic space. Can you make one sound play different roles (i.e. having the arpeggio drive the entire rhythm and also the implied chords)? Or can the bass line be the lead? Make sure your data is working for you - it’s up to human ears to decide which parts to scoop out or mute and which to accentuate.

Total Immersion:
Don’t chip away or tinker. Dive in fully and embrace total immersion. Tinkering is experimenting without a real intended outcome. Be disciplined and work with intention to finish music - you can edit and polish the atoms later. Focus on one key task per day - start with one song in basic form - not a final mix. I usually work in “road dog” or “studio rat” modes, where I’m “greased” specifically for that mode. Road-dog mode is making mashups and edits, playing several shows in a row, and analyzing transitions and what songs work together best in a set. Studio-rat mode is working with big monitors and the isolation of a studio, working on many original songs to get them to the finish line.

Embrace The Mundane:
Chop wood, carry water. Embrace the mundane everyday tasks and continually fall in love with the process over and over again, rather than the benefits or outcome. Even basic maintenance tasks like cleaning the studio can be useful for getting the mind into a creative space. Some days I’ll dive into manuals I skimmed to find lost basics I can apply to my current projects, or just spend days creating or curating samples. To have a sustainable career you’ll need to love the work process, because money won’t sustain your interest. “The reward for work is more work” - Mark van de Walle

Momentum:
Break the inertia of inaction by taking one small step towards your goal for the day. Playing one chord can lead to an entire song. The most important thing is to stop thinking about getting into the studio and actually do it. One inspiring sample, one chord, one guitar riff - that’s all it takes to drive the process forward. Wear your analytical editor hat later in the process - for now, it’s about stepping into that creative portal and following the feeling once you reach that “clicking point,” where an idea sprouts legs and tells you where it wants to go.

Channel Inspiration & Avoid Expectation:
Write a song with no expectations or outside influence. Trust your instincts, follow your gut, and save judgment, critique, and comparisons for later in the process. This is crucial to making music that will resonate with others. Rather than listen to current radio hits and charts for inspiration, dig back into history and combine older proven ideas in unexpected ways. Combine the DNA of the past to synthesize sounds of the future. You don’t have to start from seed, just graft onto the proven foundation of frameworks from the past. Build a playlist of what inspires you and skim through for ideas.

Living Templates:
Use living templates and central documents that evolve, rather than starting over every time. Instead of using only one master template, create several that are custom-tailored for each need. I have specific templates for drafts, remixes, voiceovers, and stem mixing. Take advantage of color-coding tracks, setting plugin defaults and fader levels, and go-to instruments. Keep your templates lean and flexible and make them work for you! Template building is an art and they will continually morph as your work process changes.