Posted in MusicWorld on February 6, 2011 by Nuria Net 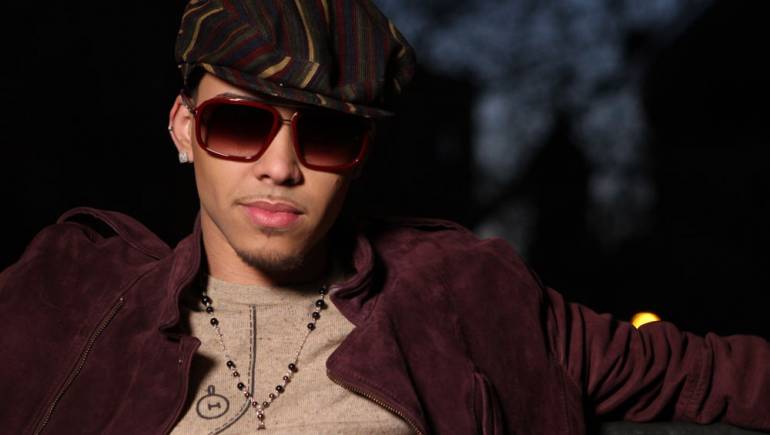 Earlier this year, the 21-year-old singer/songwriter known as Prince Royce went on his first tour to Europe, where he encountered more than culture shock: actual fandom. “It was crazy, girls were crying, some even fainted. I had been told by people that my music was playing over there, but I didn’t think it was that big,” he says of his visit to Spain, where mostly young Latin immigrants sold-out his string of concerts.

Christened Geoffrey Royce Rojas when he was born in the Bronx, Prince Royce has suddenly taken the reins of romantic urban bachata. His self-titled debut, which came out in March, reached #1 on Billboard’s Tropical album sales chart and was nominated for a Latin Grammy in the Best Contemporary Tropical Album category. Not bad for a newcomer on indie label Top Stop Music.

Royce’s international trajectory was launched after the meeting of a lifetime. Through a friend-of-a friend, Royce was introduced to legendary producer Sergio George, who listened to Royce’s six-song demo of r&b and pop songs. “I was working at a cell phone company and in my second year of college, [studying] to become an English teacher,” remembers the soft-spoken heartthrob.

The rest, as they say, is history. Most of the demo made it on to his album debut, a tour-de-force of feel-good lyrics created to inspire confidence in his young, growing fanbase. “I want to give a positive message to the younger crowd,” he says. “So many girls on Facebook thank me for writing these songs.”

And yet, his catchy, danceable tracks also appeal to an older crowd, who connect with Royce’s obvious study and respect of the classics. The album’s first single was a bachata cover of Ben E. King’s immortal “Stand By Me, ” which garnered tremendous airplay, even in non-Latin stations. “Sergio George told me to choose an old-school song to make into bachata. I’m into the Beatles, the Temptations,” says Royce, who also grew up admiring Michael Jackson, Juan Luis Guerra and Usher. “It’s something that just happened…and it turned out to be a hit!”