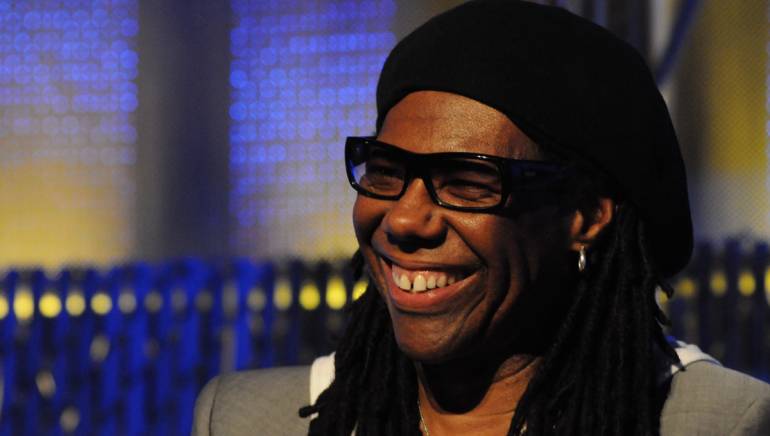 Nile Rodgers speaks at a conference in Seattle in 2010 Photo: Joe Mabel

Legendary BMI songwriter/composer, producer and guitarist Nile Rodgers will lead a Songwriters Hall of Fame Master Session at New York University on Tuesday, April 10. NYU Steinhardt songwriter-in-residence Phil Galdston will conduct an interview with Rodgers, in which the latter will discuss his extraordinary career.

One of the most successful songwriters, producers and musicians of his generation, Rodgers produced Madonna’s seminal Like a Virgin, and wrote the title track as well as “Material Girl.” He formed Chic with Bernard Edwards, and the influential disco band released hit after hit, including “Le Freak” – Atlantic Records’ only triple platinum single – “I Want Your Love,” “Dance, Dance, Dance,” “Everybody Dance,” “Forbidden Lover” and “Good Times.” Together, he and Edwards also produced and wrote for Diana Ross and Sister Sledge.