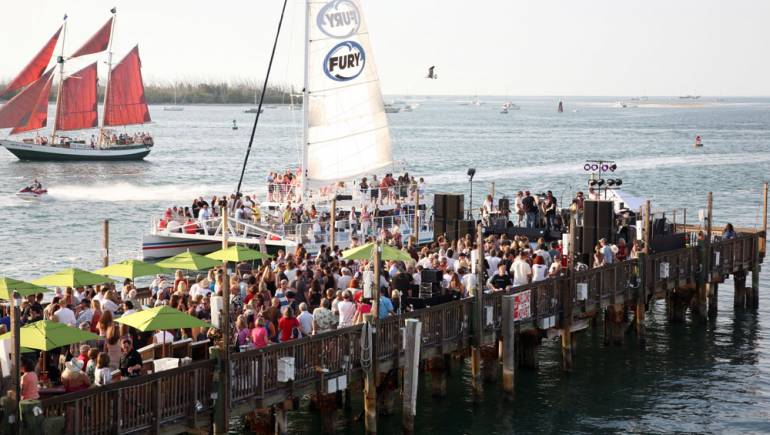 Presented by BMI, Perennial Favorite Slated for April 27-May 1

More than 100 top-tier songwriters will perform April 27 through May 1. The festival’s exponential growth mirrors the artistic boom currently driving Nashville’s creative community, whose intimate in-the-round songwriter showcases also provided the inspiration for the Key West Songwriters Festival itself. From current country hitmakers to pop and roots music trendsetters, everyone is invited to songwriting’s favorite way to kick off summer.

The festival, now celebrating its 16th year of bringing many of music’s most renowned writers together in one picturesque spot, will benefit the Wounded Warrior project, an organization that provides aid for injured service members. Anchor sponsor BMI will continue its widespread support of the fest, leading Key West’s annual transformation into a music mecca. 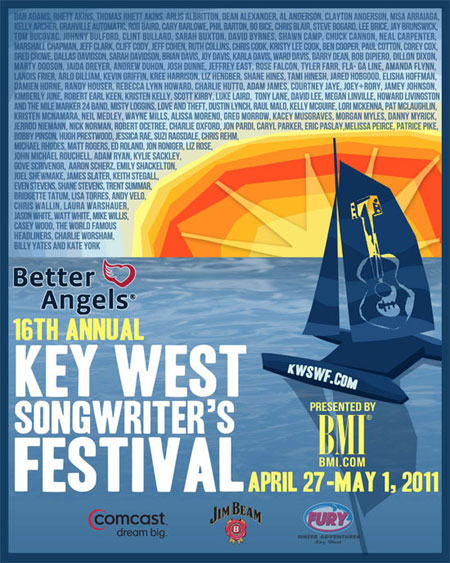 Full band concerts will bookend the 2011 festival. Howard Livingston and the Mile Marker 24 Band kick things off with a free concert on the Sunset Pier at the Ocean Key Resort on Wednesday, April 27, 6-8 p.m. Robert Earl Keen and his band will perform under the stars and on the waterfront at the Conch Republic Seafood Company in the Key West Historic Seaport on Saturday, April 30; tickets are $15 in advance, $20 at the door and can be purchased at keystix.com. Nashville troubadour Jerrod Niemann and the Hung Jury, whose “Lover Lover” topped charts in 2010, will open for Keen. Even more shows are scheduled at Key West venues conveniently located throughout the island, including the San Carlos Theatre, and the Tropic Cinema.

About the Key West Songwriters Festival
Celebrating its 16th year, The Key West Songwriters Festival is the largest festival of its kind in the world. Since 1997, BMI has been a key sponsor of the festival and has helped it grow into both a tourist attraction and favorite of island locals. The festival revolves around five days and nights of more than 30 free shows, staged at an array of the island’s most popular drinking holes and hot spots, where live music bliss introduces crowds to the faces, voices and stories behind the songs. Diverse lineups featuring more than 100 top songwriters deliver rare, “Key West-only” moments: Informal adaptations of Nashville’s signature in-the-round acoustic showcases dominate much of the schedule, while an event-capping street concert adds an enticing Mardi Gras fillip to the mix. keywestsongwritersfestival.com