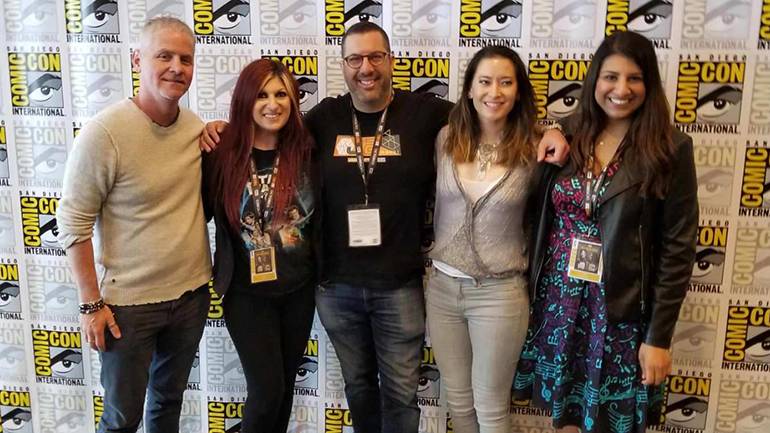 Music has always been an important supporting character in movies; it goes to another level in the superhero film genre where the music sets a tone that helps define a character, an impending battle, or a triumphant moment. The annual Musical Anatomy of a Superhero, which was sponsored by BMI, returned to this year’s Comic-Con with a Justice League/Avenger panel of superhero composers of superhero films. Unreleased music and video clips from upcoming and recently released projects were also featured with leading Hollywood composers explaining the process and challenges of creating music behind the superhero genre, as well as their take on collaborating with the director, producers, and the franchise. Composer panelists included Pinar Toprak (Captain Marvel, Krypton), Benjamin Wallfisch (Shazam!, Hellboy), BMI composers Sherri Chung (Batwoman, Super Girl), Blake Neely (Batwoman, The Flash) and Christopher Lennertz (The Boys, Agent Carter), and moderator Michael Giacchino (Spider-Man: Far From Home, Dr. Strange), with introductions by Ray Costa (Costa Communications).