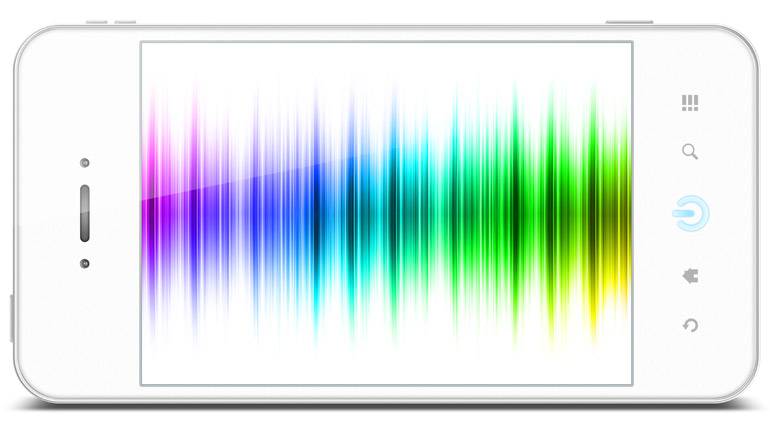 It’s 9 o’clock at night, you’ve just switched off NCIS and suddenly, without warning, a full verse and chorus hook pops into your head out of nowhere, and it’s not a bad one at that. Knowing you’ve only got minutes until the song gods decide you’re not worthy and snatch it away, you scramble to attach a mic to your multitracker, pick up a guitar and begin to get a level—but by then the chords and words have already begun to shape-shift into something far less interesting, and by the time you finally get around to hitting the red button, it’s just another pedestrian riff no longer worth pursuing.

Haven’t we all been there? Of course, these days it doesn’t take much to corral a fleeting musical moment—though the quality may be wanting, any handheld with a basic voice-memo app will do the trick. But wouldn’t it be nice if there was a way to have speed, convenience and good sound as well?

The enterprising folk in Cupertino seem to think so. With the release of the new Music Memos recording app for iPhone and iPad, Apple has raised the bar for rough demo making, allowing users to hear their embryonic song snippets complete with drums-and-bass backing in real time.

Like Apple’s Voice Memos or similar apps, Music Memos is a no-frills (and free) recording tool designed to let songwriters hang on to those out-of-the-blue bursts of inspiration before they’re gone for good. Getting up and running is easy enough—just open Music Memos and a blue button appears; once depressed, it turns red and you’re rolling (you can also select an auto-start feature which automatically goes into record mode once you begin playing and subsequently turns off once complete).

What makes Music Memos unique, however, is its ability to instantly flesh out a foundation track without the aid of a multitracker. After recording a scratch guitar or keyboard part, Music Memos analyzes the chord changes and meter, then subsequently drops in a drum track with bass backing, giving you a ready-made virtual rhythm section. Additionally, Music Memos automatically displays chord names, bass notes, time signature and musical measures so you can share your new work with your comrades if you so choose.

As it’s still intended to be a basic sketchpad rather than full-on demo maker, Music Memos offers no further overdubbing capability—once you’ve recorded your part with added backing, you’re done. However by syncing to Apple’s iCloud, you can export files directly into GarageBand (the newest version, 2.1, coincided with the January release of Music Memos) where you can continue overlaying parts or start over from scratch.

Like most things fast and digital, it’s not a totally perfect system. On my first attempt recording a guitar using my iPad’s built-in mic, Music Memo’s virtual session guys didn’t quite get it down—though the time signature was correct, the snare hits ended up one beat per bar, rather than two, while the bass overlay wasn’t always in sync with the chord changes. Fortunately the app accounts for such inconsistencies by allowing you to tweak the parts as needed—tapping on the main waveform brings you to an edit menu where you can adjust the meter, time signature, downbeats as well as tone and timbre of the drums/cymbals, and also select different bass sounds (electric or upright) and pattern complexity. And if having a robotic backing band really isn’t your thing, you can simply mute the drums/bass function (or, for that matter, choose one or the other).

While Apple continues to lead all comers in the mobile recording department, Android users do have a handful of suitable (albeit paid) apps to choose from. Field Recorder from Pfitzinger Voice Design offers decent quality, no-overdubs tracking, with a menu of basic features that includes EQ and compression/limiting. There’s also Image-Line’s FL Studio Mobile app, a multi-track tool that boasts an array of synth samples and drum loops as well as go-to processors like reverb, delay, EQ and compression. Similar to Music Memos/GarageBand, FL Studio Mobile tracks are compatible with FL Studio’s Desktop PC version for extended recording capability. There’s also the Audio Evolution Mobile Studio (from eXtream Software Development), which lets users create multitracks on the fly and includes editing, mixing and automation as well as chorus, compression, flanging and other effects. Mobile tracks can be transferred to the Audio Evolution 5 desktop system, or exported as individual files to other DAWs.

Though it’s hard to beat the convenience of handheld recording, there are other ways to capture spontaneous sounds using pint-sized apparatus. One of the most reputable is Zoom’s H2n “Handy” Portable Digital Audio Recorder (as well as its predecessor, the H2), which utilizes two sets of built-in stereo mic pairs (front and rear, each with variable omni and cardioid miking patterns) for recording high-quality tracks in mono, stereo or surround sound. Whereas free or cheap mobile apps often lack adequate sound reinforcement (particularly in the Android space), the Zoom unit remedies that, offering top-shelf features like fully adjustable compression and limiting, a low-cut filter, auto-start/auto gain controls, as well as on-board guitar tuner.

Bottom line: no matter which device you use, remember that the idea is to hang on to that initial bolt of creativity—and that’s it. Rather than waste time laboring over a mobile demo, be sure to save the real “first-take” energy for your band, your multi-tracker, or both.