L.A.-based bilingual band Monte Negro was selected as BMI’s November “Pick of the Month.” The group headlined the Roxy on November 20, which was their first performance back in Los Angeles after their “Gone Till November” tour to support their Epic Records debut, Cicatrix. 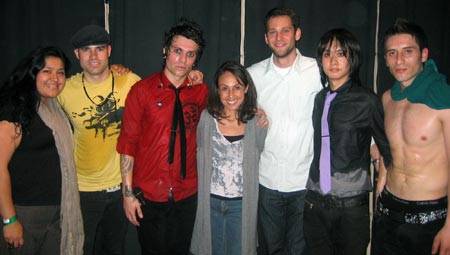 As Monte Negro casually glides between English and Spanish, it becomes clear that the band does not belong in the comparatively narrow lane of the rock-en-Español genre, nor is it unalloyed alternative rock. Even the Latin elements in Monte Negro’s music are searching and expansive, embracing the Colombian cumbia and sultry reggae, while channeling more traditional Mexican musical elements. For a generation instinctively attuned to a looser, richer, more instinctive cultural mix, Monte Negro could well be the band that bridges between worlds.

BMI’s Pick of the Month is a monthly showcase series focusing on a hand-picked band or artist. The show aims to further introduce auspicious performers to both the music industry and public through a top quality venue and discounted admission. Past BMI Pick of the Month artists include The Duke Spirit, Nico Vega, The Feeling and others.