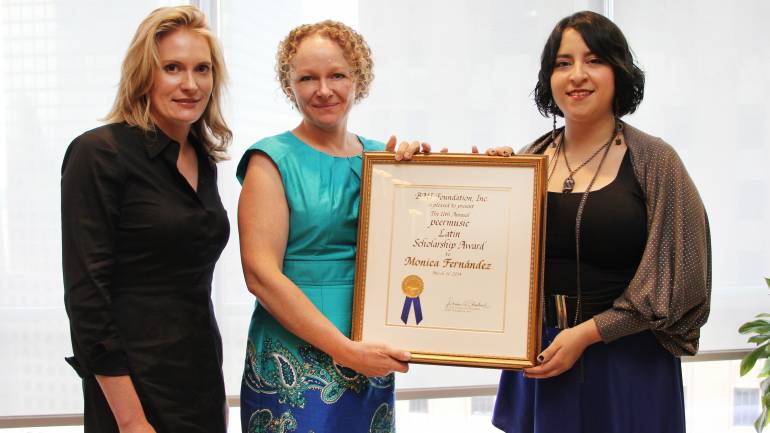 Porfirio Piña, Director of the BMI Foundation’s peermusic Latin Scholarship, has announced that Monica Fernandez is the winner of the 11th annual competition for the award. Fernandez, a native of Monterrey, Mexico, and a student at the Berklee College of Music, received a $5,000 grant for her song, “Sepia” at a private award ceremony at the BMI New York City office on July 9, 2014.

“I am filled with gratitude for the financial assistance to fund my college education; this award gives me the confidence to continue studying music and doing what I love by bringing value to my musical ideas,” Fernandez said. “I am so thankful to have the support and encouragement from the BMI Foundation which gives a space for Latin music and aspiring composers like me.” Fernandez’s song, “Sepia,” is a love story that speaks to the uncertainty of love. She says that the song is meant to reflect a dream.

The scholarship competition was established in 2003 through the generosity of Ralph Peer II and the peermusic companies and is open to students between the ages of 16 and 24 attending colleges and universities in the United States and Puerto Rico. Piña, who also serves on the BMI Foundation Board of Directors, oversaw the selection and judging process. About the award, Pina said, “It’s an honor to serve as the peermusic Latin Scholarship Director; for the past ten years we have seen the winners go on to work on TV, Film, record labels A&R and performing as solo artists or part of a band.” Pina went on, “We are proud that the scholarship can help those students that are in need to continue their music education.” 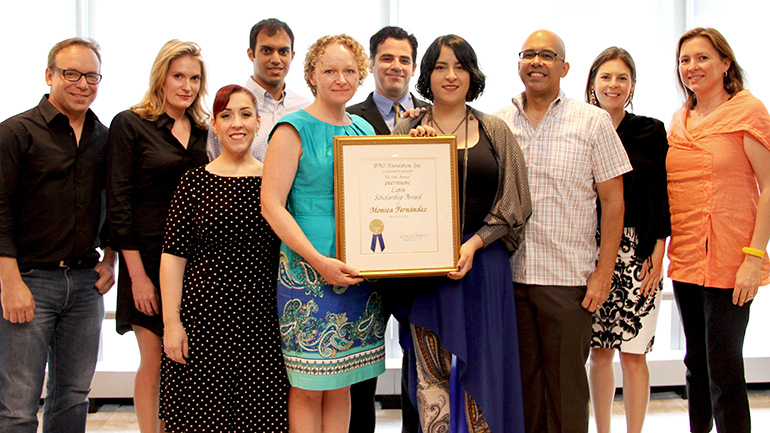