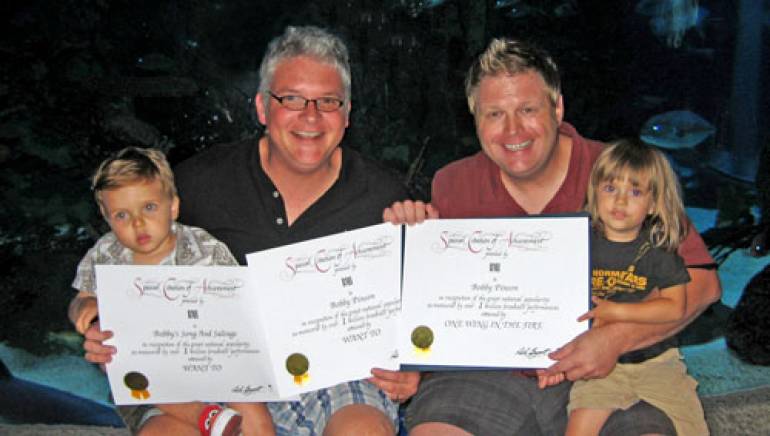 When another round of Bobby Pinson-penned country smashes emerged as new generators of more than one million performances, BMI decided to treat the gravelly voiced troubadour to a unique father-son outing. Pinson and his son Cash joined BMI’s Perry Howard and his son Harper for lunch at the Aquarium Restaurant, where Howard presented Million-Air Awards for Pinson’s compositions “Want To,” recorded by Sugarland, and “One Wing in the Fire,” recorded by Trent Tomlinson.