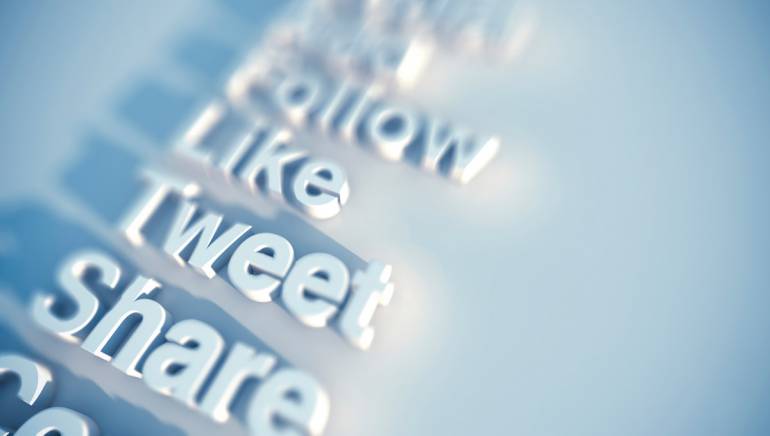 Today, social media is a valuable tool for any songwriting career and you are likely already active on various platforms. However, there are some key strategies to put into place if you want to maximize your social presence and really see a difference in engagement. To that end, here are some tips from the experts on building a community around your music via two of the leading platforms – Facebook and Twitter – to increase your social media traction.

Facebook is used to build an online community, with open-ended conversations, content sharing and easy-to-click links. Twitter is comparable to a real-time news outlet — the CNN of social media. Twitter followers want to know about things as they happen, so they’ve got an inside track.

Both platforms have their own rules and etiquette. “Think of each as a different ecosystem and understand where your strengths lie,” advises Peter Zimmerman, publicity director for Toolshed, a San Francisco-based online promotion, publicity and marketing company. And be original and thoughtful when posting. Experts say that creating unique content for each platform is a requirement. Cross-posting from Facebook to Twitter causes a drop-off in followers and “likes.”

And if you’re looking to get a serious music industry influencer onto your team, “It’s no secret that what labels, managers and publishers need is to see that something has buzz and is accumulating excitement,” says Ariel Hyatt, a leader in digital publicity and founder of Cyber PR, a New York City firm that specializes in connecting artists to blogs, podcasts, Internet radio stations and social media sites.

Even though there are 1.2 billion people on Facebook, statistics show that less than four percent of your fans will see your posts on your fan page unless you pay to “boost” them. But with a small budget — options from $5 to $200 are offered with a click on the “Boost Post” button — you can target exactly who you want, which makes it a great direct marketing platform, recommends Hyatt.

How To Engage Fans
Ultimately social media is all about engagement — forming a bond or community between artists and songwriters and their fans. Music is the glue that best creates that bond. Posting new music, news about a new album or single, or tour dates gets the biggest engagement numbers.

“But artists need to know that social media should be a platform for conversation,” Zimmerman continues. “It shouldn’t be just about pushing out content. You want people to engage, whether it’s by directly responding or re-tweeting whatever it is you’re sharing. You want people to feel like they are being invited to respond and are heard.”

Responding to fans is especially important for independent and small label artists. “Being able to stay in touch with fans and form a relationship through social media is the new way of doing things,” explains Nashville-based Americana singer-songwriter Gina Sicilia. “Facebook is particularly important for that. I like to find creative ways to keep people interested in what I’m doing, like posting a video of me playing a new song I’ve written, posting pictures from the road that show how much fun we’re having, candid shots of the band. People like visuals.” Sicilia, who has earned a reputation as a savvy Facebook user, also suggests updates that are brief, and changing profile pictures frequently, which keeps a page active in the feeds that fans see.

Earlier this year Sicilia raised $10,000 to record and market her just-released EP The Alabama Sessions, using Facebook as her primary online tool for driving people to her Indiegogo campaign. She also used the platform as she ramped up to the release date, sharing short videos and photos from the sessions with fans while making pre-order links available.

Experts caution against posting exclusively about yourself. Today, the most successful content adds meaning or relevance for your audience. “You can share information about a cause you support or an interesting article about something that you’ve found,” Zimmerman adds. “You’re the best judge of knowing what you and your fans have in common.”

The algorithms that Facebook employs also push posts that are already reaching high numbers of viewers, so they get even more exposure. Including popular topics can help draw attention to your page. Contests also play well, as does thinking outside the box. Pre-release buzz for the latest solo album by Amy Ray, half of the famed Indigo Girls, went viral after she wrote the lyrics for one of Goodnight Tender’s songs on a log and offered the woody work of art to a fan via a contest on her Facebook page.

Studies show that items on Facebook and Twitter decorated with photos get more views, likes and comments. “And it is absolutely crucial that you create a steady flow of what I refer to as the three C’s:  Consistent Compelling Content,” advises Hyatt. “Come up with something weekly that you share consistently so that your fan base begins to expect it as a theme.”

To Post, Or Not To Post
While there is likely a lot going on in your career that you want to share socially, it’s possible to post too frequently, so be selective and strategic. “Each platform has its own rules,” says Hyatt. On Twitter it’s easy to get into conversations with people and interact; Hyatt suggests about six tweets a day to stay fully engaged with fans.

The opposite rings true for Facebook, where studies show once a day is probably a good number. “Overdo it on Facebook and people will lose interest in your posts, and if you want specific people to see your posts be prepared to pay — especially in tour markets — for targeted communication,” she adds.

Buying an ad on Facebook is as easy as buying a boost for a post. On the left side of you page, under the profile picture, there is a button that says “Promote Page.” Clicking it takes you to an easy-to-use menu that lets you target your ad to Facebook users by country, age, interests and gender. Using a credit card, you can select a budget of $5 to $30 per day.

What are the signs of social media TMI? “If the number of people who are liking, sharing and commenting on your posts starts declining, and you’re very active on Facebook, you could be over-posting,” says Myles Grosovsky, digital strategist at the New York City office of Q Prime management, whose clients include Metallica, the Black Keys and Dawes.

Know Your Numbers
You should check your analytics frequently by logging into Facebook and visiting your artist page. There’s a menu that offers “Activity” and “Insights” in the upper left corner. Clicking on the former lets you see how people are reacting to your posts while the latter provides graphs and hard numbers charting your new likes over both two-weeks and 30 days, tracking where those likes came from, too. “Insights” also provides details on the amount of Facebook users reached by your posts and their engagement, which is judged by the accumulated number of clicks, shares, comments and likes. If you pay to boost a post, Facebook also separates your post reach and your likes into “organic” and “paid” categories.

The algorithms that Facebook uses are complex and frequently adjusted. They can influence how many people see any given post. EdgeRank is the backbone of the algorithm that Facebook uses to determine what posts and ads appear in a user’s news feed. It has three core factors: user affinity (how often people write and react on each other’s walls), weight (comments have more value than likes) and time (older news slips off the feed). But altogether Facebook takes more than 100,000 factors into account in tailoring feeds. And the process is proprietary — a trade secret. Twitter is considering using algorithms, but has yet to take the plunge.

Another essential social media platform is YouTube, whose streaming video content has become a key component in promoting bands and brands. See the next installment of this series, which focuses on getting the most out of your YouTube channel.