Posted in MusicWorld on October 27, 2015 by Dave Simons 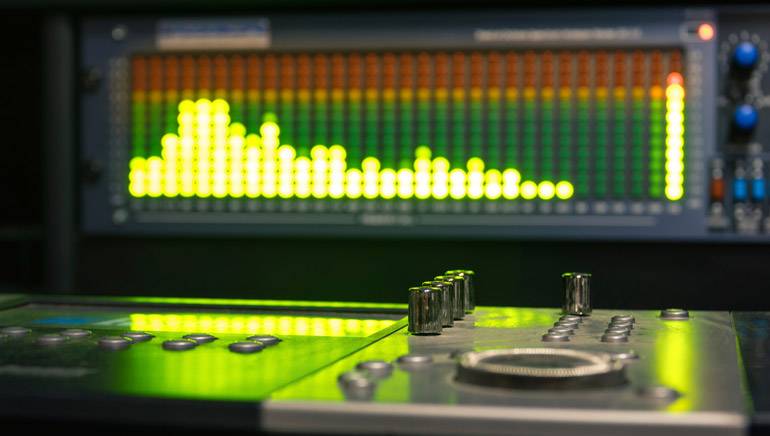 At first glance, the synthesized sounds that comprise electronic dance music – including genres like dubstep, hardstyle, trance, drum & bass and house –seem to have little in common with traditional “organic” recording technique. Which is not to say that EDM creators have no appreciation for their engineering predecessors – in fact, one could argue that the radical use of equalization, compression and distortion that has long been the backbone of EDM is closer to the experimental urges of ‘60s rock than the fussed-over productions of the eras that followed.

The right space for bass
Though it may sound obvious, select your samples, loops, effects, and other components with care – though you may be able to craft a worthwhile product using generic ingredients, starting with a quality sound library will make the going that much better. Nor should you just settle for the same out-of-the-box bits that everyone else is using. One thing all good EDM producers have in common is the ability to create unique sounds by tweaking, processing and layering the individual samples.

As one might expect, getting the right rhythmic foundation is the first order of business when crafting an EDM track. Having a listening space that allows you to accurately hear the bass/sub-bass frequencies can often prove challenging, however, particularly when using smaller rooms with walls of equal length, or when there are reflective surfaces present. If the sound in your space lacks definition, you could start by attaching some foam or other sound-absorbing material to the wall directly behind each monitor (and also cover bare floors with throw rugs). Also, situating your monitors no more than three feet away ensures that you’ll have enough direct sound to ward off any room abnormalities.

Not all of us are able to run up the volume in the middle of the night, however, making the use of headphones necessary. Be choosy though–unlike consumer models with pre-set equalization that tend to “color” the sound, studio-quality headphones tend to be “flatter” and therefore truer to the actual source. And because mixes made through headphones can sound much different than when using conventional monitors, be sure to cross-reference your work using several audio sources (car speakers, computer speakers, earbuds, in addition to playback monitors).

Kick starters
While it’s okay to experiment when arranging your EDM tracks across the stereo spectrum, always keep the drums and bass tracks centered so they have maximum punch. To ensure the kick sits properly in the mix, push the track volume slightly higher while using a compressor with a fast attack and release setting – that way the drum transients won’t get buried during mixdown (particularly when using additional compression on the master buss). Also, using a high-pass filter when honing your kick track will help reduce interference from higher-frequency tracks, making it easier to focus on the bass/drum foundation. You can further sculpt the sound by dialing in the right EQ settings – filtering out the mids while boosting the low end and top, for instance, helps give the kick extra meat and clarity.

Nor is it always necessary to have the bass be quite so prominent –sometimes all that is needed is for the kick drum to just “push out” the bass notes. Also, slicing a bit of Hz off the bass track will deter excessive boominess.

Another effective technique involves the use of “sidechain” compression, whereby a kick drum that has been fed into a compressor’s sidechain input is used to manipulate the sound of the bass track. With just a small amount of effect, sidechaining properly locks the bass and kick; pushing the compression levels further results in the familiar “pumping” sound that defines many EDM styles.

To prevent other instruments with like frequencies from interfering with one another (say keyboard and strings, for instance), place each track on opposing paths within the stereo field–perhaps one panned to the right at around 2-3 o’clock, the other at the opposite position at 9-10 o’clock. Having just that much space between the parts will add definition and help make a more dynamic-sounding mix.

Dubbing down
When it’s time to make your master mix, don’t always settle for the first pass – try a handful of different mixes, subtly moving the track pans each time. While a few choice effects like reverb and delay can add depth to a flat-sounding track, too much processing can make the work sound fuzzy and unfocused–so with an untreated mix, gradually apply the effects in small doses.

If extra volume is your objective, consider using fewer tracks – the lack of dynamics resulting from an overabundance of sounds going all at once can make it more difficult to achieve a sufficiently “hot” mix (and, of course, the more tracks you have, the more tracks you’ll have to process). Also, be sure to keep the master volume out of the red (under 0dB) in order to avoid dreaded digital distortion.

Though it goes without saying, take care not to crank the monitor volume when mixing (this goes double for those using headphones). Not only is lowering the listening level better for your ears, it also allows you to hear the individual elements more clearly. When mixing with monitors, don’t just stay in the sweet spot – once you have a decent mix or two down, go into an adjoining room and listen from a distance as well.