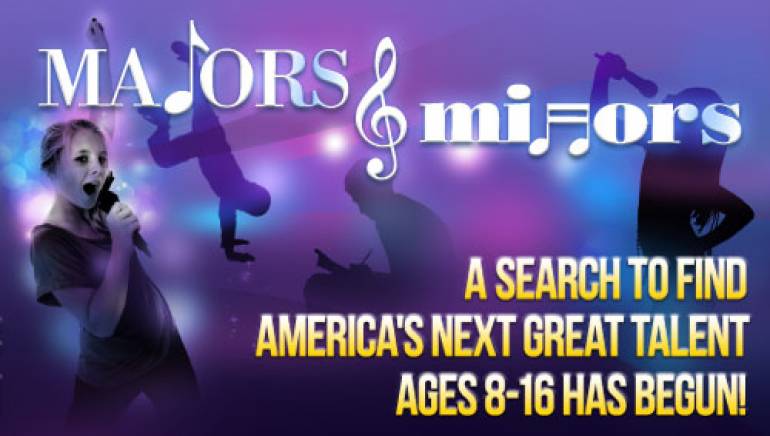 The Boardwalk Entertainment Group, in partnership with BMI and Sony Music Entertainment’s RCA /JIVE Label Group, has announced the launch of nationwide casting search for kids to be mentored by the biggest and most established artists in the music industry in a groundbreaking new reality series. Called “Majors & Minors,” the series will be televised this fall on The Hub television network, a destination for kids and their families.

Boardwalk principal Evan Bogart, the songwriting hitmaker for Rihanna and Beyonce, along with Boardwalk partners and acclaimed TV producers Timothy Bogart and Gary A. Randall, will produce the series in conjunction with BMI and RCA /JIVE.

BMI President & CEO Del Bryant noted that “BMI has a long tradition of supporting the early careers of promising songwriter/artists from Michael Jackson, Paul Simon and Brenda Lee to today’s breakout stars including Taylor Swift, Lady Gaga, Miley Cyrus, Britney Spears, The Jonas Brothers, Miranda Lambert, Christina Aguilera, Rihanna and so many more. We share Tim and Evan’s excitement that ‘Majors and Minors’ will prove to be the training ground for the new generation of hitmakers!”

The new music-based performance competition show will feature Leona Lewis, Jordin Sparks and others as they mentor talented young performers who will get the chance of a lifetime: to be taught by the best in the music business, giving them the direction and tools they’ll need to embark on their own journeys toward achieving their dreams. All music created by the contestants will be licensed by BMI.

“I’m very excited to be part of a new network that is so committed to showcasing and developing fresh new talent,” commented Boardwalks’ Evan Bogart. “With all of the success I have enjoyed as a music producer and songwriter, I’m passionate about creating new platforms to both give back and to allow the next generation of superstars to thrive,” said Bogart, the winner of multiple BMI awards for such hits as “Rescue Me,” “Halo,” and “SOS,” among others.”

There will be no “losers” in “Majors & Minors.” Over the course of 15-episode series, the entire cast will be taught by the “Majors/Mentors” to sharpen the skills they come in with, ensuring that everybody leaves the experience better prepared to capture their dreams on the road that lies ahead. While no one ever gets “voted off,” one lucky cast member who shows the greatest breakout potential over the course of the 15-episode season will win a recording deal, a music-publishing deal and the chance to become the featured star in a cross-country live tour with the entire cast.

Casting Information An open casting-call will be conducted at the Los Angeles Convention Center on Sunday, April 10 as part of the “Reality Rocks Expo,” a major two-day event that will be highlighting some of the biggest reality shows on television.

Casting is open to children ages 8-16. For all information regarding the Los Angeles open call on April 10, as well as the online audition process that is scheduled to begin shortly, please visit majorsandminorscasting.com. (Children must be accompanied by a parent or legal guardian to participate in the open call.)