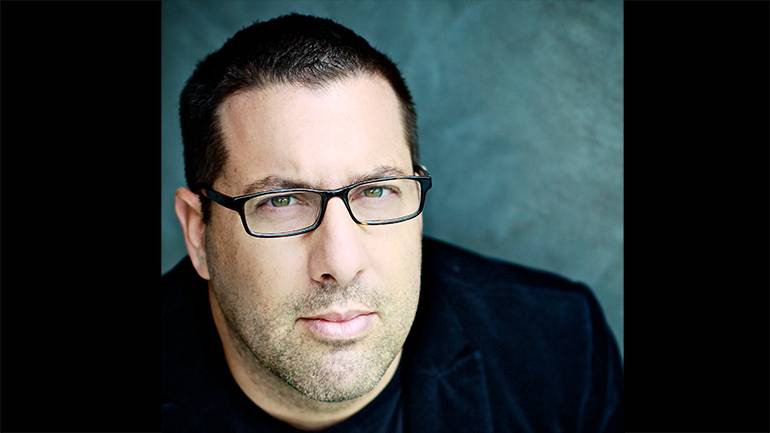 The vocal credits on the songs written by award-winning BMI composer Christopher Lennertz, along with Glenn Slater, for the new animated musical UglyDolls reads like a who’s who in music today. From Kelly Clarkson, Nick Jonas and Janelle Monáe, to Bebe Rexha, Blake Shelton, Pitbull, and more, the highly-anticipated soundtrack will be released April 26 to undoubtedly huge numbers of avid fans. And that’s just the start. The film, which Lennertz also scored, is directed by Kelly Asbury (Shrek 2, Gnomeo and Juliet) and features the voices of Wanda Sykes, Emma Roberts, Wang Leehom and Gabriel Iglesias. Promising to transfix movie-goers of all ages, the story follows a group of UglyDolls friends who confront what it means to be different and struggle with their desire to be loved.

It’s a compelling tale everyone who’s ever been picked last for kickball, or just attended school at any point, can relate to. UglyDolls opens May 3 in theaters everywhere. In the meantime, BMI asked composer Lennertz, whose credits also include Horrible Bosses,Hop,and Ride Along, what the film means to him and how he was inspired to write all the songs for the project. Here’s what Chris had to say.

You’ve scored so many soundtracks (Lost in Space, Horrible Bosses, Hop, Ride Along) and now you not only scored UglyDolls, you also wrote all the original songs for the movie. What compelled you to take this on?

I’ve actually been a huge musical theater fan my entire life. I was even Conrad Birdie in Junior High! I was studying composition in the ‘90s when Disney had that huge resurgence with Little Mermaid, Beauty and the Beast, and Aladdin and was just such a fan of those sorts of animated musicals that I made it a dream of mine. As my career scoring films developed, I still told anyone who would listen how much I wanted to write musicals and many years later I got the opportunity to work with Alan Menken and Glenn Slater on the musical series Galavant and then was able to parlay that into writing a musical number for my Marvel series, Agent Carter. I learned so much working alongside a master like Alan for those years and can’t thank him enough.

Finally, last year, the Universe aligned when Jason Markey at STX (who had done the Bad Moms films) called me and said we need a song for this new film Uglydolls and I asked Glenn Slater to write the lyrics. “I know you want to write musicals, do you want to take a crack at this?” We wrote the first song (which is now the opening number) and right after that, STX hired Kelly Asbury (who I had just worked with on the last Smurfs movie and who loves musicals) as the director. When he heard the opening number and they offered him the job, he said it needed to be a musical… and the rest is history.

What is your inspiration for working on movies for both young and older audiences? How do you keep the music relevant to both?

No matter who the audience is, my inspiration is always the characters and their story. They key to this film was making the characters true to their existence as dolls, but then finding the broader, more universal dreams and aspirations that kids and parents alike would relate to. That’s what the best animated films can do…by focusing in on human emotions, even when the characters aren’t human…everyone can relate. Anyone at any age knows what it’s like to feel different or unwanted. We wrote all of these songs to tell a universal story that sends a message that being unique is what makes you special and in the end, being true to oneself is what brings true joy.

What are some of the themes in UglyDolls that spoke to you while composing?

Well, as a Dad of two young girls ages 11 and 6 who also remembers what it was like to feel like an outsider and to have insecurities…the idea of doing a story about a group of friends that believe in each other and follow their dreams while embracing what makes them different was a dream come true. Then, to be able to still have fun, writing a bad guy song that makes you hate the villain, but cheer when he gets defeated…even better. The icing on the cake was getting to write an inspiring power ballad where Janelle Monae and Kelly Clarkson convince each other that they can accomplish anything they set their minds to. It was like writing a song for my girls.

Which song from the soundtrack are you most proud of and why?

I’m really proud of all of them, but “Unbreakable” is special. Again, it speaks to the way I want my daughters to believe in themselves…and to let them know how much I believe in them too! In this day and age of social media where people can hide behind immature tweets and bully people from afar just because they are “different”…I don’t feel there is a more important message that a song, or a movie for that matter, can send: Be yourself and you can accomplish anything. What others think doesn’t matter. It’s all about how you feel about yourself.

The songs on the album are performed by some of the music industry’s heaviest hitters. How did it feel hearing them sing your songs? Did they put their own twists on them or did they come out as you envisioned?

It was truly amazing to put together this amazing cast of some of my favorite voices of all time. To hear them sing our music was just unbelievable. Kelly was my first choice from the very beginning to play our lead and she is even more spectacular, both as a singer and as a human being, than we ever thought possible. The entire cast was brilliant. Every single artist brought so much to their songs, really becoming the characters as we envisioned, but also bringing with them the talent and individual style that makes them the superstars they are. It all surpassed our wildest dreams and I can’t thank them enough for bringing our musical to life.

Next up, I have Shaft out in June directed by my dear friend Tim Story, and again starring the legendary Sam Jackson. Then in July, Amazon releases The Boys: a very dark and gritty superhero series based on the comic book, produced by Seth Rogen and Evan Goldberg from Sausage Party and my long-time collaborator Eric Kripke, who also created Supernatural and Revolution. After that, it’s season 2 of Lost In Space.

You were introduced to BMI as a student at USC. How has your relationship with BMI since then impacted your career?

I was. After a lunch with Doreen Ringer-Ross and Buddy Baker, I was quickly brought into the BMI family. Since then, BMI has been integral to so much of what has happened in my career. Doreen, besides being a great friend and advisor, also introduced me to Basil Poledouris and Michael Kamen, who both ended up being mentors of mine. BMI has also tirelessly supported all my films at Sundance, my projects co-writing with fellow BMI composers Dave Grusin and Alan Menken, and my concerts when I’ve conducted overseas. I consider everyone there dear friends and am always eternally grateful for all of their support. I couldn’t have done it without them.