Posted in MusicWorld on December 25, 2009 by Jewly Hight 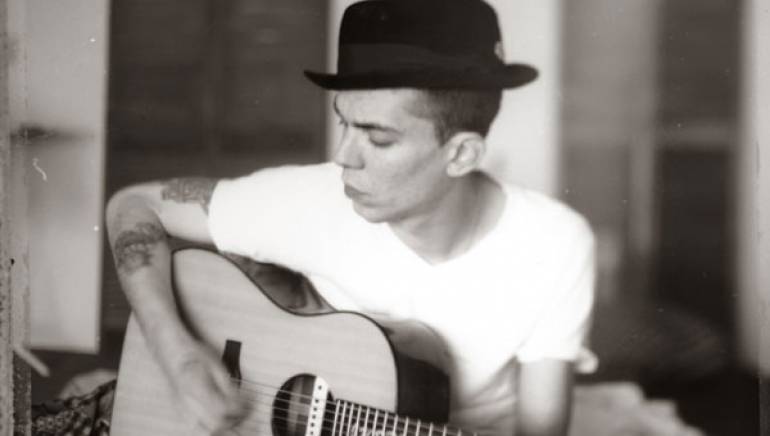 Justin Townes Earle’s dad, Steve Earle, pushed the musical envelope in the mid-’80s by spiking his country with rock muscle. Now the younger Earle is doing it by unplugging and turning the clock back more than half a century, making honky-tonk, ragtime and blues seem like the most dynamic music around.

“People ask me, like, why I don’t play electric guitar and stuff like that,” says the twenty-something Nashville native. “And my answer has always been ‘I’ve never had as much fun playing electric guitar.’ I do like things loud, but it ain’t got to be electric to be loud.”

The younger Earle’s engaging live shows — which he presides over with a warm, vaudevillian manner rarely found off the Opry stage these days — regularly prove his point. In fact, for a tattooed, jauntily dressed young guy who’s released both of his albums to date—2008’s The Good Life and 2009’s Midnight At the Movies — on the Chicago-based punk-country label Bloodshot, his first Opry performance went over quite well. “I didn’t know how they were going to take it,” he admits, “but it was fun.”

Alongside hotter, swinging songs, Earle also writes serious singer/songwriter material, none of it more striking or candid than “Mama’s Eyes.” During the course of one song, he manages to get to the heart of tensions — and fraught affection — in his relationships with his famous father and his well-intentioned mother and to confess what a dark path he once went down himself. Those were the wild years, the years before he got clean and launched his rising solo career. “It’s one of those things where I’m going ahead and addressing it because … everybody already knows and it’s just setting the record straight,” Earle explains.

As for the warm reception his new-old acoustic music’s gotten — thanks, in part, to his songwriting and entertaining gifts, compelling story and near-constant touring — he admits, “I’m glad none of this happened, you know, four years ago, three years ago, because I wouldn’t have been ready for it.”