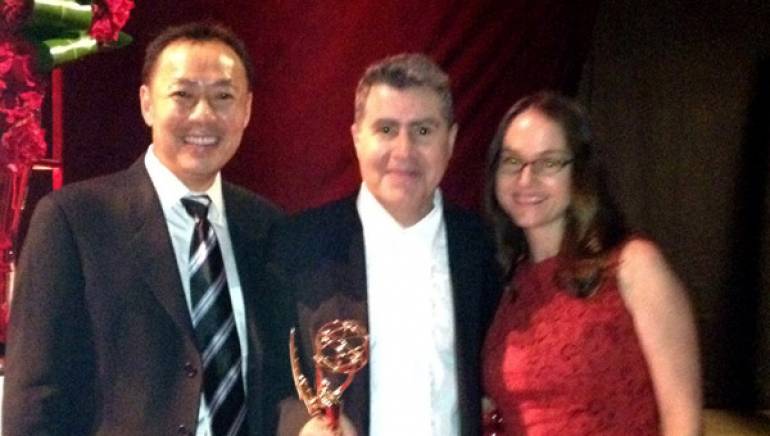 Navarrete’s first win was also his first nomination. The versatile composer, who is a member of Spanish performing rights society SGAE but chooses BMI to represent him in the U.S., received the statuette in the Outstanding Music Composition for a Miniseries, Movie or a Special (Original Dramatic Score) thanks to his work on Hemingway & Gellhorn.

Mathes has collected an impressive number of nominations since 2000, for work ranging from Stargate SG-1 to Thurgood to The Kennedy Center Honors. Berman has also earned multiple nods for his incredible work. For several years, he has collaborated with Mathes on the The Kennedy Center Honors, and this year, the two finally clinched the Emmy for that program in the Outstanding Music Direction category.

For more coverage of the 2012 Creative Arts Primetime Emmy Awards, read the recap in the Washington Post.