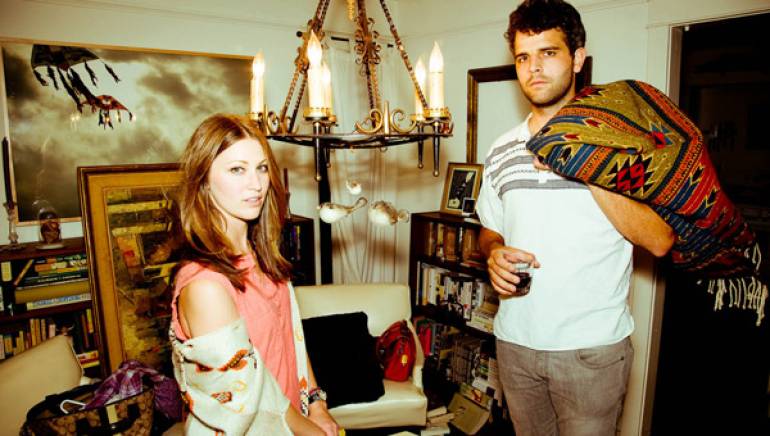 COYOL is a collision of the old Southwest and the new Los Angeles. A seemingly contradictory duo, COYOL is a beautiful juxtaposition between polished and poignant vocalist, Celeigh Champan, and unrefined, avant-garde artist, John Isaac Watters. They asked Texas native and long time friend Gramling to produce their self-titled debut EP and join them on keys…thus, COYOL was born. In the summer of 2010, they recorded their first album, a self-titled EP on 2” tape at the Carriage House in Silverlake, CA. COYOL unveiled each of the EP’s six tracks individually, culminating in the full release on September 6, 2011. Each song’s story unfolds uniquely and will be accompanied by imagery designed by various artist friends of the band.
www.facebook.com/COYOLmusic