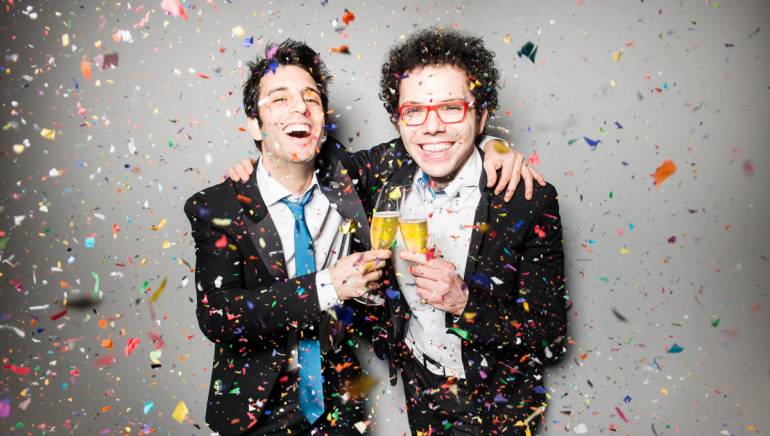 The men behind A Great Big World, Ian Axel and Chad Vaccarino, met while studying music business at New York University. Although they both shared dreams of working on Broadway, it wasn’t exactly an instant connection - in fact, Axel admittedly “stalked” Vaccarino and made him listen to his song ideas. After hearing him sing nervously at the piano, Vaccarino was convinced and the two began collaborating. With Axel as the frontman and Vaccarino supporting him in a writing and performing capacity, the two opened shows for Ingrid Michaelson, Five For Fighting, and Glee star Matthew Morrison. Their music became a favorite among music supervisors, who placed their tunes on One Tree Hill, The Amazing Race and Good Morning America, among other shows. In 2012, they re-branded themselves and focused on making what Vaccarino describes as “fewer songs about heartbreak and more about the meaning of life.” The band’s song “This is the New Year” was featured on the last season of Glee and their new single, “Say Something,” as heard on So You Think You Can Dance, is now available on iTunes.