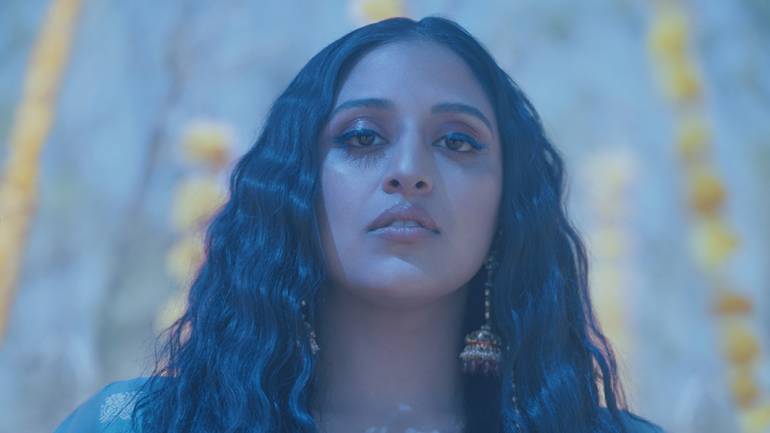 Declared a child prodigy by Indian music legend, Ravi Shankar, at the age of seven, Indian-American rapper, singer, songwriter, and dancer Raja Kumari creates fearless, charismatic music that sonically bridges East and West. Her time as a dancer sparked her love for Indian music, and upon receiving a copy of The Fugees’ The Score from her older brother, she became enamored with hip-hop. After spending time in the studio with Timbaland, Polow Da Don, Tricky Stewart, J.R. Rotem, and Dr. Dre, Kumari landed her first placement in 2012 with “Change Your Life” by Iggy Azalea from the GRAMMY-nominated The New Classic album. She went on to co-write hit songs for Fifth Harmony, Twin Shadow, Knife Party, Dirty South, Lindsey Stirling, Gwen Stefani, and Fall Out Boy. She earned a BMI Pop Award in 2015 for her co-write on the quadruple-platinum Fall Out Boy single, “Centuries.”

Upon releasing her debut single, “Mute,” via Epic Records in 2015, Kumari elected to decamp to Mumbai for two years to regroup. Her latest single, “I Did It,” is Kumari’s story about taking a leap of faith and fighting back against cultural archetypes and expectations. The song has over 314,000 streams on Spotify and is her fans’ first look into her new musical direction. “When I walk into a room and someone tells me something can’t happen, I don’t even listen, because I already know what’s possible,” says Kumari. “I feel like I’m becoming the person I needed when I was growing up.” 2019 brings tour dates, including the Roxy in West Hollywood next month, and continued work on her mission as a storyteller who creates art that blends her Indian roots with her American upbringing.