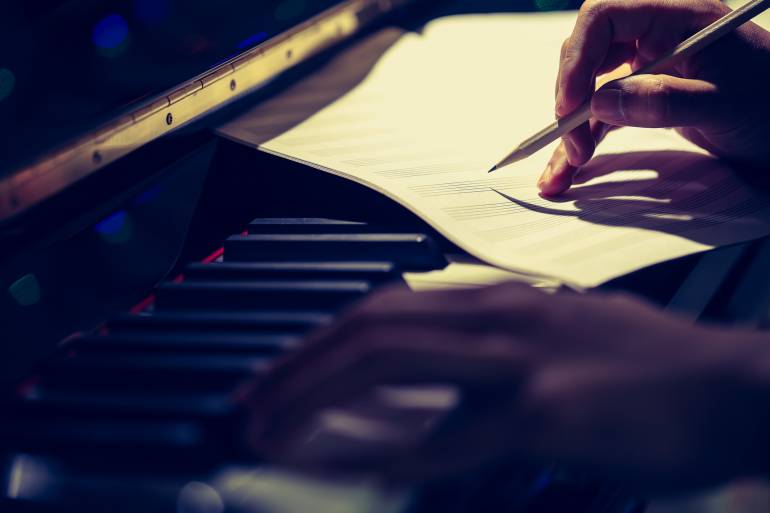 At a recent BMI Nashville Songwriters’ workshop, I heard a song that jumped out of the pile. Sounding fresh, original, and instantly memorable, it demanded to be forwarded to the ten publishers who have agreed to listen to the workshop songs I recommend. One week later, one of those publishers sent the writer her first single song publishing agreement along with a request for additional material.

Eager to ride on the heels of her success, the writer sent me two more songs to put under my proverbial microscope before sending them to her new publisher. I listened, hoping she had again tapped into the magic. What I heard were perfectly crafted songs—songs on par with those most staff-writers could deliver on any given day. But these follow-up songs sounded as if they had been consciously manufactured in the hopes of sounding like a hit. There was nothing “wrong” with these songs; they just lacked the “wow” factor that was evident in the song the writer had gotten published. I urged her to go back to the drawing board and write something that emanated from her heart instead of writing what she thought the publisher might want—and that is what she did.

It’s hard—if not impossible—to be creative under intense pressure. When the expectation to write a hit builds, that feeling intrudes on my creativity and steals the joy from the process of writing. It helps me to affirm that my goals are 1) to have a good time and 2) to write a song that I love. Any subsequent success the song might find is a bonus.

In retrospect, I see that my best—and most successful songs—shared a common denominator: they began with a spontaneous creative spark. I remember sitting with GRAMMY-nominated Karen Taylor-Good in a writing room at BMI’s Nashville office after we wrote “On Angels’ Wings” (aka “She’s Gonna Fly”). Listening to our rough recording, the song touched us so deeply, we both sobbed. We felt like the song had come through us, as opposed to being something we had crafted. I commented, “No one will ever record this song, but I love it.” Karen agreed. We had a similar reaction, when we wrote “What I Need” (aka “I Get What I Need”).

Why did we think no one would record these songs that touched us so powerfully? They sounded nothing like the fun, up-tempo toe-tappers that were ruling the airwaves at the time. Our songs were slow, and they addressed profound topics and spiritual issues, such as Alzheimer’s disease, and why a loving God would take memory and eyesight away from a good person at the end of her life. They came from the deepest part of our hearts and were written because we needed to express them with no consideration of a commercial market. Both songs were recorded by ten-time “Male Vocalist of the Year” nominee Collin Raye. “I Get What I Need” was included on Raye’s “His Love Remains,” which reached #1 on Amazon’s ranking of inspirational and religious music, and “On Angels’ Wings” has been used widely by the National Hospice Association and Alzheimers’ Association.

Very few of us are hit machines. We cannot flip a switch and churn out #1s. When I enter a co-writing session, I can’t know whether a hit will emerge, but it improves my chances if I bring in melodic and lyric ideas that initially came from an unprompted, unconstrained need to create. I am not only talking about songs with deep, profound meanings. Write fun, up-tempo songs because that is what you feel like writing on a given day—not because you read that statistically, it is easier to place a positive, up-tempo song. In my experience, the “easiest” songs to place are those that are exceptional—and few writers can manufacture or craft songs that sound better than songs that started from a genuine spark.

Ask yourself the following questions. If commercial success were not a consideration, what topics would you write about? What genre, tempo, melody, and groove would you write if you were writing solely to please yourself?

If you write those kinds of songs – songs that satisfy you – you are already a winner. And you might be surprised to find that some of those become your most successful songs.

Jason Blume is the author of 6 Steps to Songwriting Success, This Business of Songwriting, and Inside Songwriting (Billboard Books). His songs are on Grammy-nominated albums and have sold more than 50,000,000 copies. He has been a guest lecturer at the Liverpool Institute for Performing Arts (co-founded by Sir Paul McCartney) and at the Berklee School of Music, and has been interviewed as a songwriting expert for CNN, NPR, and the New York Times. For information about his workshops, webinars, additional articles, and more, visit www.jasonblume.com.
SOURCEThe Weekly TAGS Career Advice