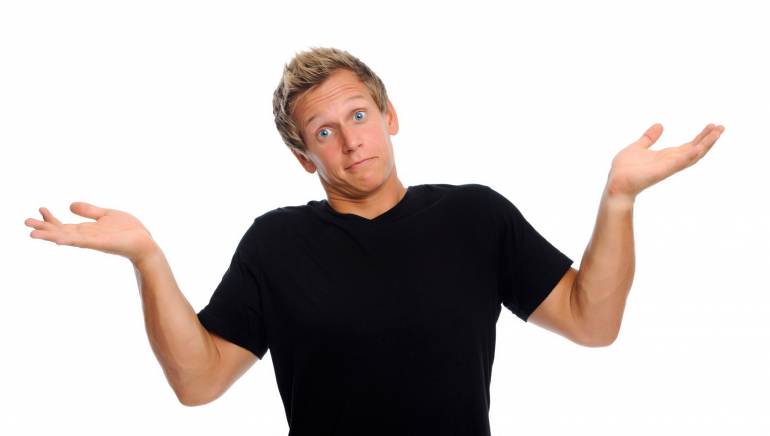 While there’s no guaranteed formula for songwriting success, there are steps you can take to maximize your chances. The first thing to do—after writing your masterpiece—is to confirm that it’s as strong as you think it is. This will require getting objective professional feedback. (Your mother doesn’t count—unless she’s a music publisher.) Presuming the verdict is that you have indeed nailed a terrific song, pat yourself on the back. Now it’s time for the hard work.

If you’re a recording artist—and your intent is to record the song for your own project—you’ve already got an outlet. But if your hope is to generate sales, and interest in your live performances, you’ll need a marketing plan. Simply making downloads of your song available on your website or putting it on YouTube is unlikely to be effective, unless you already have a significant fan base. This article will address the steps to take if your hope is to have your song recorded by an artist other than yourself.

Before you can proceed further you’ll need a demo—and it will need to be up to the industry standard. Few music industry pros can recognize a song’s potential unless you approximate how the song is intended to sound. For more information about demo recording, check out: http://www.bmi.com/news/entry/the_top_5_demo_pitfallsand_their_remedies.

Now that you’ve got a great song—and a great demo—you’ll presumably want to get it to a recording artist who can generate royalties: mechanical royalties (paid for the sales of digital downloads and/or physical copies) and performance royalties (earned primarily by having your music played on the radio, Internet, and television).

Few songwriters have the professional relationships and credibility required to get their songs heard by successful recording artists, and the time and energy expended pitching material is time taken away from writing. You need someone who has the ability and connections to get your song to the decision-makers—artists’ managers, producers, and A&R executives—and in some instances, directly to the artists. That person will likely be a music publisher.

Publishers typically retain approximately 50% of all income generated by the songs they publish. With global hits earning millions of dollars, why would anyone want to give away half of their money? Because, to paraphrase the old cliché, 50% of a substantial sum is better than 100% of nothing. Ideally, in addition to pitching songs, publishers develop their writers by critiquing their material and setting up collaborations that can lead to recordings.

It’s interesting to note that only a handful of songwriters (who are not also recording artists, or collaborating with recording artists) have ever established and maintained a successful career without being aligned with a music publisher at some point in their journey. So, if you’ve got a great song (or hopefully, many of them) finding a publisher to represent your work should probably be your goal.

Publishers acquire songs two primary ways: one-at-a-time—by signing single song agreements, and by signing writers to exclusive publishing agreements, typically referred to as staff writing deals. In many instances, when writers sign exclusive publishing agreements they are advanced enough money to quit their day jobs—and focus exclusively on writing songs. They might also be advanced money to pay for musical equipment, a home studio, and/or demo recordings. The money paid to staff writers is not a salary—but an advance that the publisher will recoup when royalties are generated. In the event royalties do not offset the money advanced, the writer is not required to pay back the money.

So … how do you find a publisher? Just as there are no rules in writing songs–there are no rules or guaranteed formulas to get them published. But buying a book that lists music publishers, and sending unsolicited copies of your song will rarely be effective.

One of the best routes is to write an exceptional song with someone who has a deal—or at least a working relationship—with one or more publishers. Presumably, he or she will bring your co-written future hit to his or her publisher(s) who will be duly impressed—and therefore, eager to hear more of your songs.

Finding co-writers who have relationships with publishers requires networking. Attend events such as songwriting camps and workshops; join songwriters’ organizations; and go to music festivals and local songwriters’ nights where you are likely to meet other songwriters and recording artists.

Publishers screen songs at events such as BMI’s Nashville Songwriters’ Workshops, NSAI’s Spring Training, the Kauai Music Festival, the Taxi Road Rally, and the West Coast Songwriters’ Conference. Additionally, there are companies such as Taxi—that screen and pitch material (for a fee). Primarily for the Nashville market, companies such as SongU, The Song Tuner, and Play for Publishers also offer this service.

Note that the BMI Nashville Songwriters Workshops are free, and offer opportunities for each attendee to play a song for a publisher. Staff writing deals have been signed as a result of publishers and writers meeting in that workshop—and countless business relationships have been initiated. For information about attending the workshop visit: http://jasonblume.com/bmi_nashville_workshop.html.

Bear in mind that successful publishers are inundated with perfectly crafted, “good” songs; they don’t need one more. But if you have a song that is truly “great,” it might be the key that opens the door to a publishing deal.

If you’re already working with a music publisher, speak with him or her to identify appropriate outlets for your song. Discuss pitching strategies, and apprise your publisher of any feedback you receive. Remember, your publisher might be representing hundreds—if not thousands—of songs. Part of your job is to keep your song fresh in his or her mind.

Setting up a publishing company is as easy as completing some paperwork, so almost anyone can call him or herself a publisher. You don’t need just any publisher—you need one with the credibility and contacts necessary to get your songs into the right hands. Small, and up-and-coming-companies, may be more open to listening to your material. They’ll have fewer songs in their catalog, and will likely give you and your songs more attention than major companies that might have forty or more writers already under contract.

When dealing with smaller companies it’s a good idea to assess their credibility by respectfully asking questions such as: “What recordings and holds have you secured?” “What artists do you hear this song for?” and, “How would you get my song to those artists?”

As in many industries, the music business includes unscrupulous people who prey on hopes and dreams. Protect yourself by remembering that successful, legitimate publishing companies do not solicit songwriters; run ads in magazines; have flashy websites that seek unpublished writers; hold contests; refer to song poems; set lyrics to music; sell compilation CDs; or require writers to pay for demo recordings or any other expenses.

Another option is to be your own publisher. It’s unlikely that anyone else will ever feel as passionately about your songs—nor be as vested in having them generate income—as you.

If you are pitching your material—and have not assigned the publisher’s share to anyone else—you are already serving one of a publisher’s most important functions. As previously stated, it’s easy to establish a publishing company. However, it’s futile unless you are able to secure placements that generate income.

To be a successful publisher, you will need songs that can edge out the formidable competition—songs that will compel an artist to choose your song instead of one written by one of the current top hit-makers—or one he or she wrote or co-wrote.

You’ll also need to know who is looking for songs—and how to get to them. You can glean this information by buying a book, such as the A&R Registry, that lists contact information for the A&R representatives at all major record labels. If you pursue this route, your job will be to establish relationships with staff who will apprise you of the artists who are seeking material. It’s a time-consuming process—and unless you have a track record, it might be difficult to open some of those doors.

An alternative is to subscribe to tip sheets such as RowFax (primarily for Nashville-based artists), SongLink, and SongQuarters. These publications do the research on your behalf, providing listings of artists seeking songs—and contact information for those who are screening them.

Yet another route is to hire an independent song plugger. As opposed to a publisher who is paid a percentage of a song’s earnings, song pluggers are paid a retainer—a monthly fee—regardless of whether they generate any income. In the event that they do place a song, there is typically a bonus schedule, providing the plugger with additional income determined by the song’s success. Song pluggers are more prevalent in Nashville than in other music centers because Music City has more opportunities to pitch songs to artists who don’t write or co-write all of their material.

On the surface, hiring a plugger may sound like an ideal situation for those who can afford the monthly fees. It’s easier to write a check than to do the hard work of networking and seeking out publishers who may reject your songs. The problem is that there are few (if any) instances of an independent plugger securing a writer’s first recording with a major artist—unless the writer was previously signed to a publishing deal or had a track record. However, there are countless instances of hopeful writers paying pluggers thousands of dollars—with no substantial results.

In summation, you’ve written a great song—now what? Keep plugging away. Write many more great songs. Build your catalog until you have exceptional, fresh material that is appropriate for a wide variety of artists who don’t write their own songs. Continue to network and interact with industry professionals, and with other writers who are working their way up the ladder.

Few songwriters and recording artists relish the thought of promoting their music, but there’s a reason why it’s called the music business—and those who are successful at it know that both the music and the business require their attention.

Jason Blume is the author of 6 Steps to Songwriting Success, This Business of Songwriting, and Inside Songwriting (all published by Billboard Books), and he has produced a series of instructional songwriting audio CDs available at his website. His songs are on albums that have sold more than 50 million copies, and he is among the few writers to ever have his songs on the pop, R&B, and country charts all at the same time. Jason’s songs have been recorded by diverse artists including Britney Spears, the Backstreet Boys, Jesse McCartney, the Nashville Chamber Orchestra, and country music stars including the Oak Ridge Boys, John Berry (earning a BMI Million-Air Award for exceeding one million airplays), and Collin Raye (6 cuts). He most recently had three top 10 singles and a “Gold” record in Europe with Dutch star, BYentl, and his songs have been included in top television shows including “Scrubs,” “Friday Night Lights,” “The Guiding Light,” Disney’s “Kim Possible,” and “the Miss America Pageant,” and movies including “Assassination Games,” “First Kid,” “Swimming with the Fishes,” “Dangerous Minds,” and many more.

In addition to developing and teaching the BMI Nashville Songwriters Workshop, Blume has presented master classes at the Liverpool Institute for Performing Arts (founded by Sir Paul McCartney), and in Ireland, New Zealand, Scandinavia, Australia, Canada, Bermuda, Jamaica, and throughout the U.S., in addition to co-leading the Nashville Songwriters Association’s annual song camps. His latest book, This Business of Songwriting, Revised 2nd Edition has just been released and is available at www.jasonblume.com, with e-books available at Amazon.com.