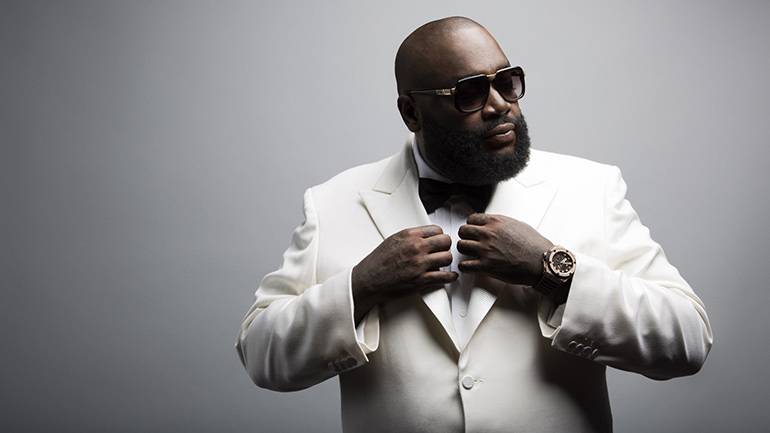 Rick Ross (@rickyrozay) is a GRAMMY-nominated rapper and founder of the record label Maybach Music Group. His latest album, Hood Billionaire, was released on November 24, 2014 on Maybach Music/Def Jam Recordings. Hood Billionaire is the follow-up to Mastermind, which was released March 2014 and became his fifth career album to debut at #1 on Soundscan. Mastermind followed Ross’ 2012 release, God Forgives, I Don’t, his fourth album to debut at #1 on Soundscan, which included top hits “Touch’n You” featuring Usher, “So Sophisticated” featuring Meek Mill and fan favorite “Diced Pineapples” featuring Drake and Wale. Ross’ previous best-selling albums include Port Of Miami (2006), Trilla (2008) and Deeper Than Rap (2009), all of which debuted at the top of the Billboard 200. Learn more about Ross and his hitmaking prowess at this year’s “How I Wrote That Song” panel and join the conversation on Twitter with #BMIHIWTS.