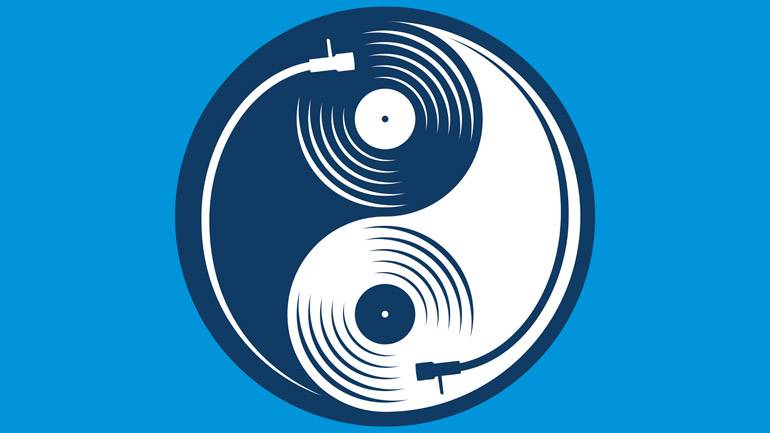 Most of us who are in the business of creating songs are aware of the importance of writing lyrics that have universal appeal, lyrics that connect with millions of hearts. We have also heard about the importance of writing songs that emanate from our hearts, from personal experience. On the surface, it seems these tools would be mutually exclusive. But let’s look a little deeper.

Unless we are writing solely for personal catharsis, songwriting is intended to be a form of communication. To connect with a broad range of listeners, we need to address topics that most people can relate to. Love and relationships are at the top of this list. Few people go through life without dealing with some aspects of love, so it is not surprising that these themes are the most common basis of hit song lyrics. Whether they are wishing for love, falling in love, celebrating love, wishing their relationship were better, mourning the loss of love, or addressing an ex-lover, love can be found on most listeners’ minds—and on the popular music charts.

Love is certainly not the only topic that has broad appeal. Countless people relate to topics such as aspiring for a better life, partying, wanting inspiration, feeling alienated, hooking up, dancing, spirituality, as well as additional themes. These ideas have all been at the heart of successful songs. But some topics are simply too personal to have wide appeal, and if our goal is to reach millions of listeners, we need to be careful to avoid these.

For example, I once critiqued a song based on a true story. The lyric told the tale of two brothers who had been separated as toddlers, found each other as adults, and now write songs together. It is doubtful that even a handful of people can relate to this experience. But the underlying sentiment—that amazing, unexpected things can happen—can be the basis of a song with the potential to appeal to almost everyone. In some instances, it is most effective to identify the emotion that inspires our song and find a way to express that without including details that don’t apply to the majority of listeners.

If your goal is to have your songs transcend self-expression and express what your listeners are feeling, ask yourself whether your lyric’s theme is likely to appeal to a mass audience. Also, examine whether your lyric includes elements that might be likely to exclude many listeners.

I have heard it said that the key to successful songwriting is not to write about our own experiences and emotions, but to write about our listeners’ lives; to craft lyrics that express the words and emotions our listeners wish they could convey or those they would like to hear. When this is accomplished, songs allow listeners to feel they are not the only one who is subject to the emotions being sung about, such as the rush of falling in love, the pain of feeling lonely or isolated, or the heartbreak at the end of a relationship.

“The first time I heard one of her records—I mean sat down and actually listened to it—I could not believe it. It was like somebody actually knew how I felt, like she could see inside my heart and say all the things I didn’t know how to say.”
—Tess, a Dolly Parton fan

Kesha’s song “Praying” (written by Kesha with Andrew Joslyn, Ryan Lewis, and Benjamin Manusama) is a perfect example of an artist writing something profoundly personal in a manner that allows millions to relate. While it clearly conveys the artist’s personal experience, there is nothing in the lyric that excludes any listener who feels she or he has been treated poorly in a relationship. By focusing on the emotions—and not the details—this song gives a voice to millions of listeners.

However, including details and “pictures” in our lyrics is a tool that can draw in our audience. Details can include descriptions of the song’s setting, the physical attributes of the characters depicted in the lyric, as well as the specific time—or time of year—that the action is taking place. Details can also include descriptions of scents, music (or other sounds) that could be heard, clothing, temperature, foods, drinks, and other aspects of the scene being presented in a song.

An exceptional use of detail and visual imagery can be found in the Country Music Association’s and the Academy of Country Music’s Song of the Year “I Drive Your Truck” (written by Connie Harrington, Jimmy Yeary, and Jessi Alexander, and recorded by Lee Brice). While the use of detail is prevalent in country music lyrics, it is by no means limited to the country genre. Katy Perry’s #1 worldwide hit “Last Friday Night” (written by Bonnie McKee, Max Martin, Katy Perry, and Dr. Luke) references details such as glitter, pink flamingos, an ATM, a mini-bar, Barbie on a barbecue, skinny dipping, a park, and more.

Similarly, the lyric of Beyonce’s mega-hit “Irreplaceable” (written by Amund Bjoerklund, Mikkel Eriksen, Tor Hermansen, Espen Lind, Shaffer Smith, and Beyonce) incorporates very specific detail. The story unfolds in a front yard and references a closet, a box where the character in the song can place his belongings, a luggage tag, and a “Jag.” Yet, millions of listeners related to the underlying message of a woman standing up for herself and at the end of a relationship. Although the specific event, setting and details are not universal, the emotions around it are.

A strong case can be made that listeners can extrapolate from the singer’s (or writer’s) personal experience to their own. For example, the vocalist might be singing about someone with jet black hair and deep brown eyes, whom she met at a party. But listeners might identify with the feelings they have for someone who is a blue-eyed redhead whom they met at a club.

How can we craft lyrics that come from our hearts and reflect our personal experiences, yet have the capacity to make millions of listeners feel as if our song is speaking to them and reflecting their own experience?

When reviewing your lyrics, ask yourself questions such as:

In some instances, the answer will be “yes.” These aspects might be integral to the song. But in many cases the emotional essence of the song might not rely on these details and you can make the creative choice to craft a lyric that might feel more inclusive to listeners.

When you do include specifics, choose details and settings that are not out of the realm of possibility. We want to avoid clichés and predictable, over-used settings such as “she was wearing painted-on jeans as she sat on the porch swing.” But we also need to steer clear of implausible information such as, “She was wearing a tiara and a bikini when I met her on a mountaintop in Ethiopia.”

When writing songs that are intended for placement in films or television shows, we face a unique challenge. We need to find original ways to express ourselves lyrically without including information that might eliminate our songs from being appropriate to accompany specific scenes.

When targeting a film or television placement it is advisable to avoid mentioning a time of year (i.e., “the hottest day of July”; “a chilly autumn morning”), a location (“on the 405 Freeway”; “on the beach in Panama City”), proper names (i.e., “Mr. Johnson”; “Sweet Nina”), descriptions of weather (i.e., “It was a rainy morning”; and holidays and special occasions (“a snowy Valentine’s Day”; “the morning of my birthday”) unless you have been asked to reference these details. By including any information this specific, we run the risk of our lyric contradicting elements in the film or TV show’s script or the visual aspects.

Jace Everett’s “I Wanna Do Bad Things with You” which played over the opening credits of the hit TV series True Blood, is an exceptional example of including unique, fresh phrases, as well as a highly original angle, without including any information that might have made the lyric inappropriate for inclusion in the TV series.

Although the song was not written specifically for the television show, it works as a perfect enhancement to the show’s opening. Listen to the song and note that there is no description of the person the artist is singing about, nor is any location, product, or season mentioned. Additionally, it could apply to any gender. The only thing the lyric divulges is that when this person walked in the room the air went out and every shadow filled up with doubt. While being highly evocative, this description could apply to a multitude of scenarios and characters. Remember that when writing for TV or film our song’s job is to enhance the emotion of the scene, not to describe what is happening on screen.

With the exception of songs intended for placement in television or films, there are no rules or formulas to delineate how personal and detailed our lyrics can be, while still retaining universal appeal. But we have our best chance of touching a wide range of listeners when we write about topics that affect almost everyone, use scenarios and details that are plausible, and capture a widely-felt emotion. By using these tools, we can straddle the fine line between being personal and universal.

Jason Blume is the author of 6 Steps to Songwriting Success, This Business of Songwriting, and Inside Songwriting (Billboard Books). His songs are on Grammy-nominated albums and have sold more than 50,000,000 copies. He has been a guest lecturer at the Liverpool Institute for Performing Arts (co-founded by Sir Paul McCartney) and at the Berklee School of Music. For information about his BMI Workshops, additional articles, and more visit www.jasonblume.com.