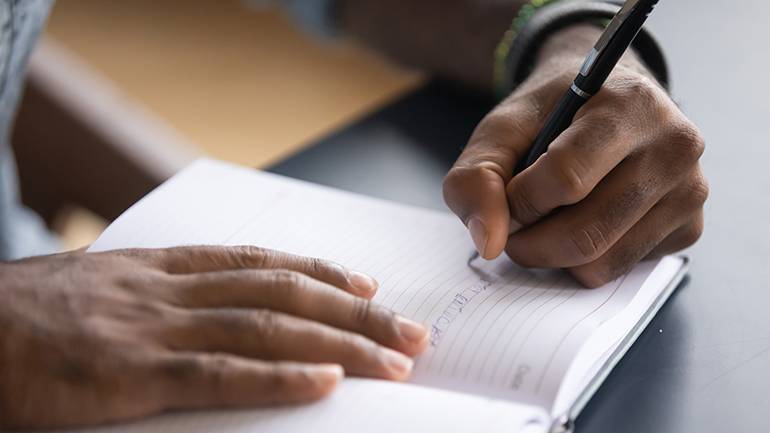 At a recent songwriters’ workshop, prior to critiquing a song from each participant, I asked the writers to let me know their intention or their hope for their song. For example, are they a recording artist and are planning to record and release the song themselves? Are they intending to pitch it to pop artists? Country artists? R&B artists? If so, which ones do they think would be a good fit? Or are they hoping to place the song in a television show or movie? This information allows me to better assess if the writers are achieving what they intended.

In response to my question, I learned that most of the artists whom my students were targeting are singers who write—or co-write—almost all their own material. The odds of these artists recording a song that they did not write are minimal.

Songs that were not written by—or co-written with—a recording artist or anyone else “inside” the project (such as the recording’s producer) are sometimes referred to as outside songs.

At the time this article was written there were zero outside songs in the top 30 of the Billboard Hot 100 chart. A look at Billboard’s Hot Country chart revealed that nine of the top 30 (30%) were outside songs, a percentage like those typically found on the Christian music charts.

These numbers are daunting for non-performing songwriters who pen songs hoping that others will record them. When I shared this information with my students, I was asked whether it is mandatory that we write with artists and producers to get our songs recorded—and if so, how can we connect with established recording artists? The answers depend largely on the genre of music. It is rare for pop, R&B, hip-hop, rock, and alternative artists to record songs they did not write or co-write. The same applies to artists who record what can be described as singer/songwriter, Americana, and roots music.

Genres in which the highest percentages of outside songs are recorded include country, Christian, and bluegrass music. There are also opportunities to place outside songs with artists based outside the U.S. K-Pop, J-Pop, and C-Pop (songs recorded by artists in South Korea, Japan, and China) record a high percentage of outside songs.

Writing with artists does not guarantee that they will record your songs. An artist might co-write fifty or more songs, from which fewer than fifteen will be recorded. A band with multiple members might have a hundred or more “inside” songs to choose from. When collaborating with recording artists we still need to think outside the box, anticipate and create the next big thing, and deliver exceptional, fresh songs.

If you are writing pop songs, hip-hop, or in other styles that artists typically write for themselves, think of your song demos as demonstrations to industry pros of what you are capable of.

With demos of stellar songs in hand, seek out a publisher who has the contacts and credibility to set up collaborations between his or her writers and recording artists and producers. Bear in mind that collaboration can encompass more than the scenario where a writer and writer/artist sit across from each other and begin a song together. For example, a publisher might procure a musical backing track from an artist’s producer and offer his or her writers an opportunity to write the topline—the melody and lyric to the track.

In some instances, publishers bring demos of their writers’ “finished” songs to artists, and the artists put their unique stamp on them. As a result, I am aware of multiple instances (including several of my own) where the artist made a significant contribution in revising the song to make it a better fit for them, which in the end, is what you want.