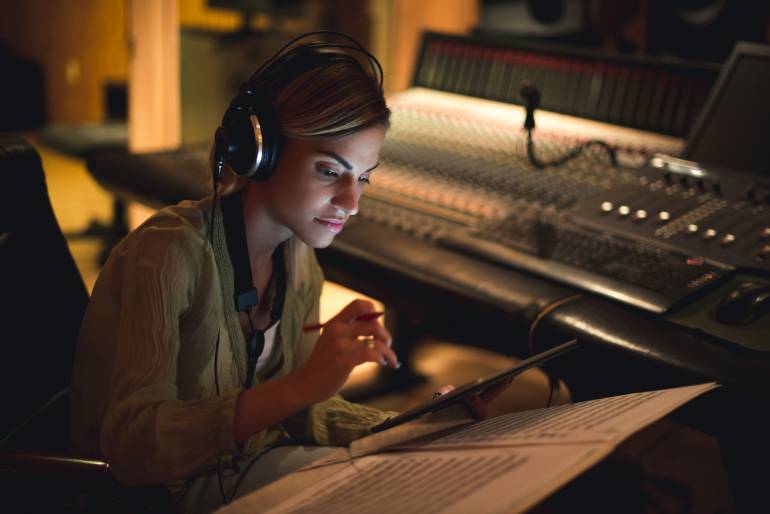 Years ago I wrote a piece entitled “Don’t Demo to Death,” in which I advocated saving your real creative juices for the master take. In that article I listed a number of reasons why I thought it best to avoid “proper” recording until the song was finished. For one thing, if you’re particularly skilled, there’s always a chance that your demo version could out-groove the one you cut with your band later on. Additionally, those random ideas that often surface during early takes – a great guitar tone dialed in by accident, an improvised vocal passage, etc – can be hard to replicate after the fact. I also argued that allowing your bandmates to help build the foundation, rather than having all parts dictated to them through a slick multitrack, was healthier for the overall gestation process.

Well, I’d like to walk back some of that. The fact is, more recently I’ve also witnessed the benefits of doing numerous “rough draft” recordings of the same song as it’s taking shape. It’s no coincidence that this revisionist thinking came about once I had a smartphone glued to me day and night—and with Voice Recorder now strategically situated on my desktop, preserving random song fragments is just a tap away. That kind of accessibility means that if I suddenly think of a suitable guitar fill or harmony part, I can instantly preserve the idea before it flees. And if I wind up with a dozen or so variations on the same 3-minute song as a result, so be it.

Admittedly, this more deliberate approach defies the widely-held notion that the best songs often arrive the fastest. Rather than squelching spontaneity, however, I find the process not only helps with production ideas but also allows you to experiment with alternate chord changes/voicings, edit lyrics and more, all in service of the final production.

But first, a few rules of thumb:

Keep it simple. If you’re inclined to do multiple takes of your work-in-progress, it’s best to keep it basic so that you can stay focused on the song (as well as potential accompaniment ideas). Here’s another reason to hold off on the heavy artillery until you’ve got something worth tracking: with all the enhancers included in your home-recording platform, it’s not too difficult to make even a bland idea sound sensational. Not so with a handheld – on the contrary, without any audio aides to hide behind, you’re more likely to come up with the goods organically.

Write in your pocket. While any one-touch device will do, there are a number of newer inexpensive recording applications on the market that allow you to flesh out a bit while still keeping things simple. One of my favorites on the Android side is the J4T Multitrack Recorder from Jaytronix (V4.66, $3.99), which, as its name suggests, turns your phone into a simplified 4-track (and even comes with no-frills processers like reverb, chorus and limiter), and with no external mics or cords needed. I’ve found the J4 to be an absolute godsend in terms of song construction, arranging, experimenting with effects, and more.

Multitrack to a minimum. Even if you’ve got a classic on your hands, let’s face it—your band (and other listeners) are going to be more receptive to something with a little more finesse than your lo-fi phone effort. Accordingly, allow yourself one shot at compiling a “proper” multitrack for presentation purposes. To ensure you save some creative energy for the master, avoid laboring over the overdubs —1-2 takes of each should suffice, just enough to give your helpers some idea of how everything should sound (while also encouraging their own input).

Old habits die hard, but now that I’ve got the technology at my fingertips, I’m as hooked on putting my thoughts down in a recording as I was in scribbling song ideas on any piece of paper that was available at the time. Happy recording!