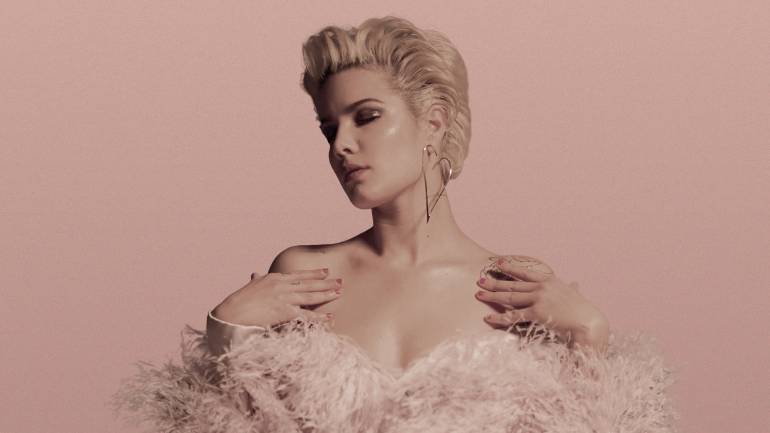 BMI is proud to congratulate Halsey for being named this year’s recipient of the Hal David Starlight Award from the Songwriters Hall of Fame. The celebrated BMI singer/songwriter will be presented with this prestigious accolade at the Hall’s 50th Annual Induction and Awards Dinner slated for Thursday, June 13, at the Marriott Marquis Hotel in New York City.

Specially created in 2004 to honor promising, young songwriters who have made an impact on the music industry with their original work, the Hal David Starlight Award, named for the Hall’s Chairman Emeritus Hal David, signifies a remarkable degree of achievement for any songwriter. Previous recipients of this honor include fellow BMI writers Ed Sheeran (PRS), Nick Jonas, Dan Reynolds, Taylor Swift and John Legend, among others.

Since first emerging in 2015, Halsey – who lit up the BMI Stage at Lollapalooza that same summer – has written, recorded and performed original material that has accrued over 7 billion streams globally, 8 million global sales, earned 18 RIAA certifications and is swiftly approaching 100 million track sales. Her sophomore album, hopeless foundation kingdom, on which she wrote or co-wrote every song and penned every lyric, took the #1 position on the Billboard Top 200, earning critical and commercial kudos across the board.

Her singles “Without Me,” “Eastside,” “Him & I,” Now or Never” and “Bad at Love” have all gone multi-platinum, with the latter two both peaking in the top 3 on Top 40 Radio, and her star continues to ascend as she uses her platform to shine a light on important social causes. Add to her considerable arsenal of talent her burgeoning acting career, debuting in last year’s Teen Titans Go! and A Star is Born, and it is clear that Halsey is just getting warmed up.

In recognition of Halsey’s accomplishments, Songwriters Hall of Fame Chair and BMI Icon Nile Rodgers said, “I’ve watched Halsey grow over the last five years and every record seems to be better than the last one, so I’m delighted that she’s being recognized in this much deserved way.”

Read more about this year’s honorees and inductees at the Songwriters Hall of Fame here.