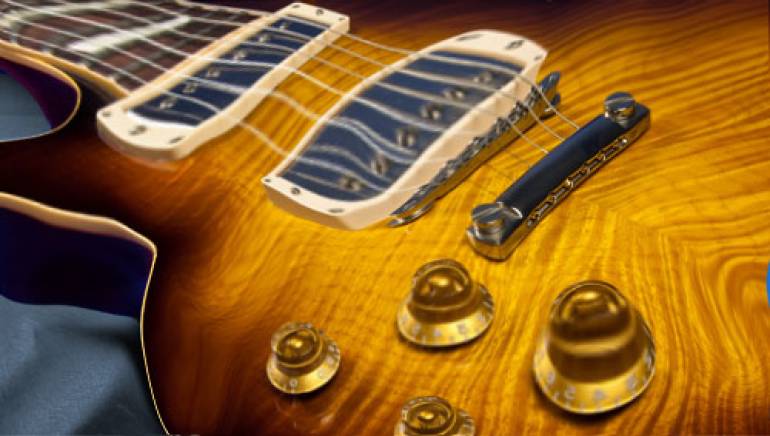 A guitarist shows up at a music store with a pile of beat-up metallic distortion boxes, all in need of medical attention. After receiving the predictable news that most are hopelessly beyond repair, he begins sizing up some of the newer pedals on display. At that point, the sympathetic salesperson offers some unexpected advice: “You know, you could just try going straight in.”

Straight in? What’s that?

In days of yore before pedals ruled the floor, one guitar, one cable and one amp was often the best way to get great fuzztone. Not that’s it a totally lost art; today, many leading studio guitarists have re-discovered the beauty of organic overdrive.

While there are certainly some terrific effects devices on the market these days, including those made by so-called “boutique” manufacturers, lesser distortion pedals are often problematic, mainly because of the way they artificially scramble a guitar’s natural tone. And despite their high quality, boutique pedals can easily set you back a few hundred dollars or more.

All of which makes using natural amp distortion a natural for recording purposes. Why? For starters, you don’t need a ton of volume — just the right kind of amp. Though many different guitar/amp combos will, under the right circumstances, produce decent distortion, some work significantly better than others.

Size — or lack thereof — is a key factor. While many of us have at one time or another dreamed of sending a few select barre chords through a double-stack of pegged Marshalls on stage, in the studio, the lower the wattage, the better the distortion. Though it may come as a shock to some, a lot of the so-called “massive” sounds heard on classic-rock recordings were the work of some mighty midgets. For instance, the Kinks’ Dave Davies achieved his pre-punk “All Day and All of the Night” overdrive in part by using a diminutive 10-watt Elpico amplifier. For years, the Led Zeppelin exhibit at Cleveland’s Rock and Roll Hall of Fame and Museum featured the quintessential mouse that roared: a puny, beat-up Supro amp (with single 12-inch speaker) that Jimmy Page used to create many of the mega tones on Led Zeppelin I.

Tube amps are, and have been for eons, the most desirable medium for producing natural distortion. Simply put, tube distortion is the most versatile of all fractured guitar sounds; unlike the overly metallic signals generated by certain stompboxes, tube distortion is warm, round and easy to harness. Different tubes can produce widely different tones; for instance, the EL34 output (or power) tube, often used in older Marshall amplifiers, offers a nice rounded distortion that won’t go too far into the fuzz spectrum if so desired. Another favored brand is the 6V6 tube, popular in ’50s-’60s American-made amps, which have a lower output and therefore can achieve distortion at a reduced volume level. Also, the circuitry found in certain lower-watt amplifiers allows the signal to “break up” much faster than in “cleaner,” higher-wattage models (those with “class-A” tube circuitry are noted for this attribute).

If you’re locked in a 10x12 room most of the time, the smaller the better, as in 15 watts, or less. For instance, a Fender Champ set to 10 will deliver immediate distortion in a flash; stick a Shure SM57 in front of one, and you’ve got the makings of a great hard rhythm or lead-guitar amp for recording. Another prized model is Gibson’s GA-5, an amp similar in style to the Champ, which, despite the assertion, actually produces a total of four, not five, watts. The GA-5’s exceedingly low output, however, is a boon, rather than a fault, affirms writer/musician Dave Hunter. “While would-be guitar heroes throughout the ’60s, ’70s, and ’80s were chasing the big stacks that their idols were playing live, these idols were frequently recording with small combos bearing output levels in the single digits . . . get a little GA-5 up into the sweet spot, and you can achieve a sizzling, slightly compressed, and very touch-sensitive tone without riling up your house mates, or your sensitive studio microphones, and often you’ll achieve much more satisfying results than can be had by reining in an over-sized amp.”
Though not an absolute requirement, using a guitar with a “hotter” pickup (such as a humbucker) is often preferable, since it will the hit the pre-amp that much harder, and therefore drive the output tubes that much faster.

Should you require a larger amplifier capable of handling stage duty as well, consider one with a master-volume setting (such as a Marshall JCM-800), which will still allow you to reach fuzz stage without “decking” the amp (and killing your eardrums).

If you really want to get down and dirty, the history books are loaded with stories about good sounds achieved by doing strange things to innocent amplifiers. The familiar fuzztone on Norman Greenbaum’s standard “Spirit in the Sky” was no fuzz at all, but a speaker rendered permanently fuzzy with a slash from a knife (the aforementioned Dave Davies wrought similar havoc on his own amp speaker). Neil Young once created a beautiful, sustaining harmonic distortion sound when he accidentally plugged the main speaker output of his Fender amp into the extension speaker jack. The list goes on.

Naturally, “straight-in” distortion will likely require a little trial and error, and this approach may not be suitable for all tastes. But with the right combination and a good set of ears, you may never have to trip over another box of metal ever again.