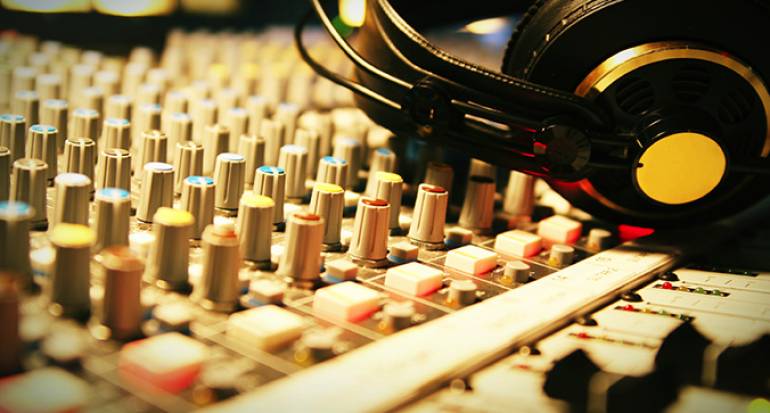 In its recent study on the evolution of popular songs over the last 50 years, research publication Scientific Reports noted an overall decline in sound color, texture, and tone quality—which, according to the study, points to “a growing homogenization” of instrument usage and recording techniques, particularly over the last few decades. Not that there’s necessarily anything wrong with a little simplicity now and then (which, of course, is the essence of many great pop singles); however, there’s no arguing that the sharp dynamic contrasts that were once commonplace on pop radio have been in short supply for quite some time.

Which might help explain why listeners tend to respond favorably to music that offers a bit more in the way of tonal variety. This presents songwriters and sound sculptors with a dual challenge: to not only craft excellent music, but to record it in a way that is every bit as creative as the writing process itself. While traditionalists may argue that a great song is a great song no matter how it’s cut, there are many instances in which a great song has been rendered even more compelling as a result of a little mixing savvy.

One of the more recent examples of this phenomenon is “State of Grace,” the lead-off track (and promo single) from Taylor Swift’s latest effort, Red. Something of a departure for the 23-year-old country-pop chanteuse, the self-penned, U2-styled rocker got a fair amount of attention for its predominance of Edge-like delayed guitars and aggressive, Larry Mullen-esque floor-tom backbeat. Like the Dubliners’ best work (“Beautiful Day,” “Vertigo,” to name a few), Swift’s “State of Grace” helps get its point across by using subtle shifts in recording dynamics—the kind of sound manipulation that not only involves knowing which instruments to use in the mix but also where to use them, and, above all, when not to use them.

“Grace” opens with several bars of standalone drums—a sure-fire hook if there ever was one—and is immediately followed by producer Nathan Chapman’s twin electric-guitar overdubs, panned left and right (Chapman even allows a bit of real feedback to leak in right at the top—guitarists take note). As Swift makes her entrance (“I’m walking fast through the traffic lights”), the guitars retreat, leaving nothing but a spare backing of drums, bass and pulsating synth, allowing Swift’s vocal to become the focal point. The technique is repeated at the start of the second section (“You come around and the armor falls”), but at 2:06 the song takes an unexpected detour as the volume suddenly drops and Swift’s vocal is framed by several layers of ethereal, heavily echoed guitar. It’s just a clever fake-out, however; at 2:20 the guitars re-emerge with a loud slide into E, as Chapman begins to build the track in earnest, highlighted by Swift’s backing vocals which are separated in stereo. Rather than maintain this pace Chapman manages to take his foot off the gas yet again a full 3:30 into the track, before bringing all the elements back into the mix (in classic U2 fashion) for the song’s closing vamp.

Clocking in at just under five minutes, “State of Grace” defies a number of modern-day pop-music assumptions, the most obvious of which is that the vast majority of listeners don’t have the wherewithal to sit still for just under five minutes. But Taylor, along with producer Chapman, engineer Chad Carlson and the rest of the crew at Nashville’s esteemed Blackbird Studios, make it all work—in large part by working the dynamics of a great song to perfection.

While home dwellers may not have access to the same kind of top-shelf machinery, we can certainly benefit by adopting some of the tone-shifting techniques brought to bear on the likes of “State of Grace.” For one, try to use overdubs judiciously—when it’s time to mix, keep the focus on the main ingredients (drums/bass/rhythm instruments, etc), adding instrumental coloration only as needed, and, most importantly, at critical junctures in the song. If, for instance, you’ve tracked several different guitar parts, try waiting until the start of a chorus or bridge section to bring them into the mix (and not all at once, either), then pull them back out again as the song returns to the main verse. Introducing a new sound in this manner acts as a subtle “hook,” helping to grab the listener’s attention.

Of course, not even the most clever mix will be able to salvage a lackluster song, so, as always, great material comes first. Still, there’s no denying the many benefits of using creative engineering in order to bring out the best in a compelling piece of music.