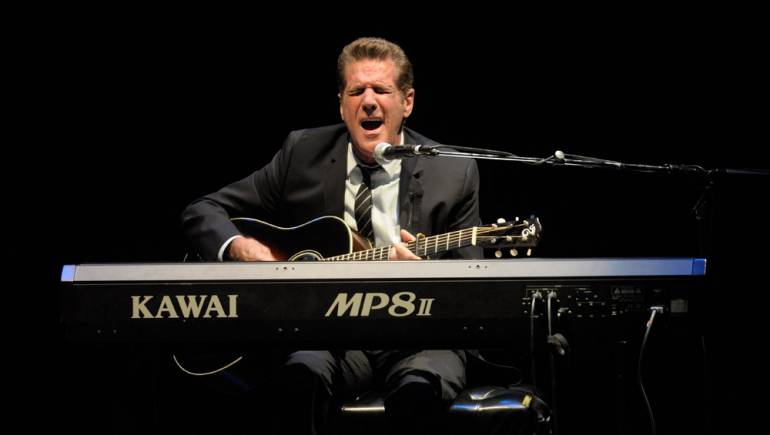 Glenn Frey performs during his Songwriters Hall of Fame Master Session at NYU.

Frey grew up in Detroit during the 60s, possibly the city’s most culturally turbulent and artistically prolific decade.  He studied keyboards and immersed himself in the local rock scene as Barry Gordy’s Motown – armed with tightly crafted songs by masters such as Holland-Dozier-Holland and voices like Diana Ross & the Supremes, the Marvelettes, the Miracles, the Four Tops, the Jackson 5 and others – stormed the nation.

After moving to Los Angeles, Frey co-founded the Eagles in 1971. The band became one of the best-selling artists in history, propelled by the seemingly endless string of hits co-written by Frey, including “Take It Easy,” “Desperado,” “Tequila Sunrise,” “Hotel California” and numerous others. Frey and frequent co-writer and band co-founder Don Henley absorbed country music’s storytelling tradition on their way to creating the Eagles’ characteristically guitar-lush and harmony-heavy rock and roll.

Frey is a member of the Songwriters and Rock and Roll Halls of Fame. Read more about his conversation with Phil Galdston at www.songhall.org.