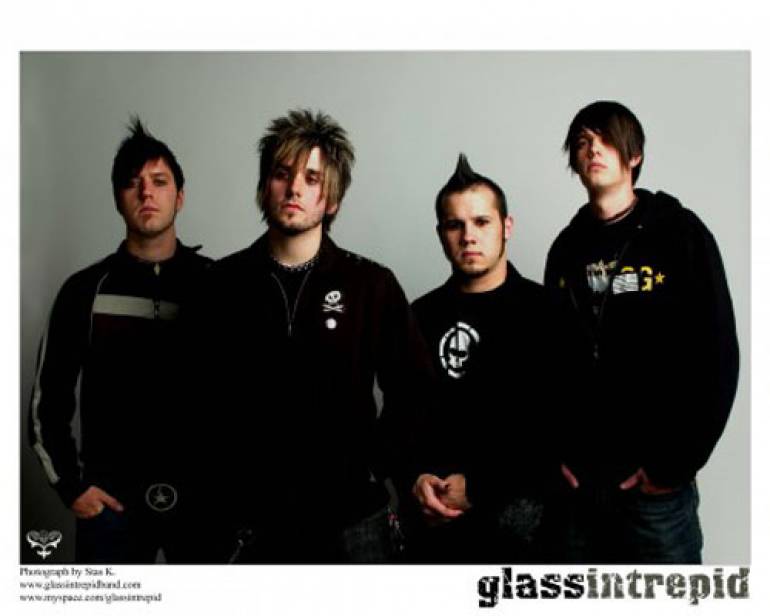 Glass Intrepid has shared the stage with many national acts such as Papa Roach, 3 Doors Down, Sum 41, Breaking Benjamin, The Used, Snow Patrol, My American heart, The Vanished, The Receiving End of Sirens, The Exies, Drowning Pool, Unwritten Law, Alter Bridge, Mudvayne, Trust Company, Lit and Seether. Glass Intrepid was awarded by Unsigned as the Best Unsigned Rock Band in Texas allowing them to appear at KTBZ’s Buzz Fest XV in Houston, Texas. Glass Intrepid also won a spot on the 2005 Vans Warped tour leading them to recently win first place in the 9th Annual Ernie Ball Battle of the Bands competition out of 10,000 bands nationally. This led to an opportunity to showcase at the Key Club in Hollywood.

Glass Intrepid is legally represented by Nick Ferrara of Serling, Rooks & Ferrara, New York, and managed by In De Goot Entertainment based out of New York, manager for 3 Doors Down, Blackstone Cherry, Chevelle, Deepfield, Dekko, Earshot, Exit the King, Halestorm, Instruction, Life of Agony, No Address, Puddle of Mudd, Saliva, Secretary Bird, Shinedown, Silvertide, Tantric and Theory of a Deadman. In De Goot Entertainment is currently shopping GI to major record labels in hopes of landing a recording contract and begin work on their debut album.

Glass Intrepid has started a buzz in the music industry that is growing by the day. Their love for playing music is evident on stage as they put all their energy into an intense live show. Music is their passion and their very existence, as well as their desire to spread something great to the world.

“Glass Intrepid is quite possibly the best band that Houston has to offer!”

“They have the look, the songs, the energy… Absolutely terrific!”

“Glass Intrepid is the best up and coming rock band!”