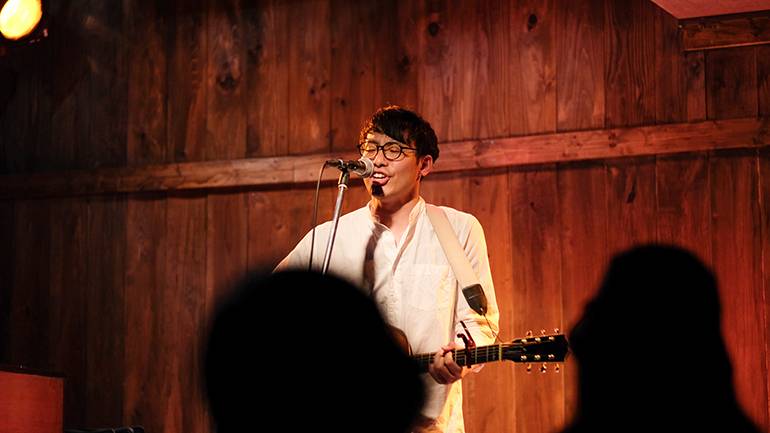 I’m aware that some songwriters neither sing nor play an instrument, however, the vast majority do at least a little of both. And while I would never recommend doing something that would be discouraging or possibly put you or your songs in a bad light, I think that there are some very compelling reasons why most of us should find a way to perform our own songs from time to time.

1. You’ll work harder to improve your songwriting
There’s nothing quite like the specter of an upcoming performance at a local writer’s night to inspire us to give our songs a final review or tweak. Unfortunately, leaving a song in a “good enough” state is tempting if you don’t have a reason to refine and edit. Knowing that you’ll be representing yourself and your songs definitely counts as that reason.

2. You’ll be motivated to finish your songs
I’m often asked how I know when one of my songs is finished. There’s no simple answer here but I can promise you that you’ll be sure to get a lot closer to finished if you know you’re going to perform your song live. This is a good thing as most of us tend to visit - and revisit - our songs a little more often than necessary instead of prioritizing finishing them and moving on to the next.

3. You’ll see how your songs work in the real world
The writing room is a magical and - let’s be honest - isolated place which is pretty much essential for songwriters to have the quiet and focus necessary to create. However, other than your collaborators - if you have any - there’s not much opportunity for feedback on your songs in that setting. Bringing your songs out into the world by performing them will give you instant and incredibly powerful feedback about what’s working - and not working - in your songs. In my experience, lines I thought would work well sometimes didn’t and lines I thought were uninspired got a big audience reaction. You’ll never know until you try your songs live.

4. Performing live is another way to get exposure for your songs
We all know that making the effort to pitch our songs is, at the very least, a lot of work. Early on in my career, I was ridiculously guilty of writing way too many songs before I ever made the effort to pitch them. Performing your songs in a live setting is a great way to dip your toe in the water by showing others your songs. Think of it as a means to building the momentum and confidence you’ll need to actively pitch your catalog of songs.

For the record, I’m not suggesting that you schedule a full set of your own songs at a local club but, rather, that you commit to playing a song at an open mic or writer’s night which is more in line with the typical songwriter’s comfort level. If you’ve never performed your songs live, make that the long-term goal and take the time to work on your singing and playing. That’s never a wasted effort.