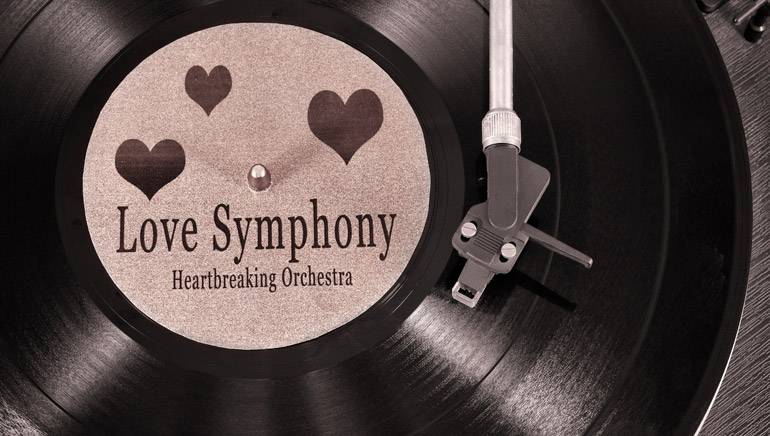 Your title and concept are the foundations upon which your entire lyric will be built. The strongest lyrics deliver listeners to the title, and the title is the logical conclusion of the lines that precede it. If you build on a weak foundation you’ll be facing an uphill battle to capture the interest of your listeners—including industry professionals.

I’ll estimate that 95% of the lyrics written in Nashville (regardless of genre) start with a title – and it’s a huge head start if you build on a title that’s unique and interesting. So, what constitutes great titles—and how can you find them?

The strongest titles instantly grab attention; they tend to be unpredictable, thought provoking, and intriguing. Don’t settle for a title that’s mundane; it’s unlikely to rise above your competition. Which songs would you listen to first?

I looked at Billboard’s top ten pop songs of 2014:

I also looked at Billboard’s top ten Rock, Christian, and Adult Contemporary songs of the past year. Out of these sixty mega-hits only one has the word “love” in the title (“Drunk in Love”) – and zero include the word “heart.” Why? Because in every instance the writers found fresh, original ways to encapsulate their concepts—without relying on over-used words and phrases.

Instead of hitting the nail too squarely on the head, the writers of these songs framed familiar topics in unique ways.

An effective way to come up with fresh titles is to ask yourself, “How else can I say this?” For instance, if you’re thinking of writing a song with the title, “I Will Love You Forever,” you might explore titles that express this concept in a less predictable way.

These might include: “Eternally,” “Till the World Runs Out of Dreams,” and “Until I Learn How to Fly,” and “Forevermore.”

Some of the best lyricists describe themselves as voracious readers, and many of them report that they’ve found strong titles and concepts for songs in books. You can also find titles in movies, TV shows, and conversations.

The title of George Strait’s #1 hit, “Blue Clear Sky,” was part of a line of dialogue in the movie Forrest Gump. Similarly, Country Music Association Song of the Year nominee, “There is No Arizona,” was a line spoken in Stephen King’s novel, Delores Claiborne, as well as in the movie it inspired.

Great titles are hiding in plain sight all around us. You’ll spot them if you keep your antennae up.

What Makes a Lyric Concept Strong?
At the BMI Nashville Songwriters Workshops that I teach, I frequently have music publishers as my guests. When I ask them what kinds of songs are easiest for them to place, I’m inevitably told, “Bring me an up-tempo, positive song—

Butch Baker (Hori Pro Entertainment) added, “I want to hear a hook approached in a way I’ve never heard before.”

We want topics that millions of listeners can relate to, but in order to pique interest and rise above the competition, we need to express them from a new perspective. Indeed, an important part of our job as songwriters is to find fresh angles—original ways of approaching our subjects.

Romantic love is by far the most common topic in popular songs because almost everyone can relate to some aspect of it—whether it’s looking for love; sharing the joy of being in love; feeling unhappy with a relationship; being hurt or angry about a past love; unrequited love; or some other love-related theme. But love is not the only topic that millions of listeners relate to. With there being a plethora of love songs, songs that address other topics face less competition.

Examples of enormously successful pop hits that are not love songs include: “Shake it Off,” “Royals,” “The Monster,” “Let it Go,” and “Take Me to Church.” Country music examples include hits such as “Follow Your Arrow,” “I Drive Your Truck,” “Something in the Water,” “Pontoon,” and “The House That Built Me.” Similarly, Best American Roots Song 2015 Grammy award winner, “A Feather’s Not a Bird,” is not about love.

When you do write love songs it becomes even more imperative to find fresh, new angles—new ways to frame your concept because you are writing about something that has been addressed thousands of times. Strong examples of love songs that used novel approaches include: “She Don’t Know She’s Beautiful” (One Direction), “Say Something” (A Great Big World with Christina Aguilera), Beyonce’s “Drunk in Love,” and the modern-day classic, “Wind Beneath My Wings” (recorded by more than thirty artists—most notably Bette Midler).

The lyrics for Christmas songs—and songs targeting the Christian music market—are based on a more limited number of themes than those found in the lyrics of other genres. Therefore it is crucial to come up with fresh approaches when writing these types of songs.

“Something in the Water,” Carrie Underwood’s crossover hit (#1 on Billboard’s country and Christian charts; written by Chris DeStefano, Brett James, and Carrie Underwood) and Faith Hill’s Christmas song, “A Baby Changes Everything” (written by Tim Nichols and Craig Wiseman) are examples of songs in these genres, whose writers found truly unique, exceptional approaches.

Looking back, it’s clear that almost every life-changing/career-changing song and opportunity for me started with an exceptional concept and title. Remember that you have to give your listeners (including publishers, record label executives, recording artists, and record producers) compelling reasons to choose your song over the stiff competition—including songs written or co-written by the artist and the producer.

A lyric with a fresh angle—that leads to a unique, interesting title will give you a huge edge. Don’t settle until you’ve found a unique, original way to say something that millions will relate to.

Ask yourself, “Is this idea and title strong enough to make an artist or producer bump his or her own song to record mine?” If the answer is “no,” then you might want to look for a stronger idea.

You don’t need fifty “good” songs—you need one incredible one—and building on the foundation of a fresh, original, “wow” title and concept can be an important component of achieving that.